Beyond the legal debate, the ministers also carry a moral burden 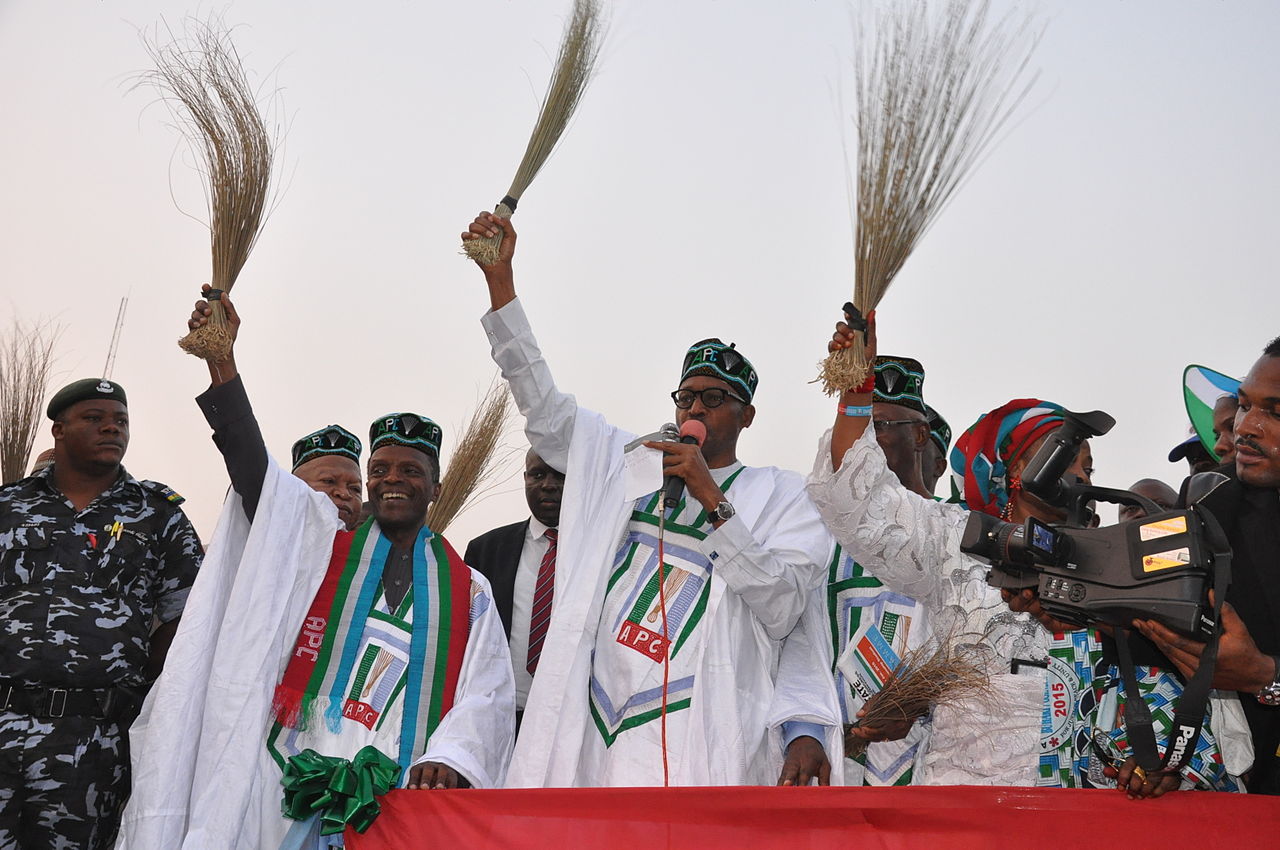 Nwajiuba and Ngige purchased the NGN 100,000,000 (about USD 2,400) nomination form from the ruling party, the All Progressive Congress (APC). The payment is for the nomination forms sold by the political party to aspiring candidates. Although Nigeria is due for the polls in 2023, political parties have already begun selecting their candidates.

Can sitting ministers run for office?

Nwajiuba and Ngige are not the only serving cabinet ministers who have declared their interests in elected office. Nigeria’s Attorney General and Minister of Justice Abubakar Malami has also declared his intention to run for governor in his home state Kogi, in north-central Nigeria. Similarly, Transport Minister Rotimi Amaechi has also joined the presidential race.

This thing where political appointees running for office in Nigeria are refusing to resign 30 days before their primaries, as the electoral act says, is just one of the most interesting ‘developments’ in Nigerian politics to me.

Section 84(12) of Nigeria’s Electoral Act 2022 explicitly disqualifies any Nigerian “political appointee at any level” — local, state, or federal — from being “a voting delegate or be voted for at the convention or congress of any political party for the purpose of the nomination of candidates for any election.” Consequently, this means that any official in the executive arm of the government must resign before running for any office in the country. Failure to do so “is a violation of the electoral act and further renders the primary election null and void and illegal,” notes the Nigerian Cable, an online newspaper.

Many political appointees campaigning for electoral positions at the state level have resigned. This was done to meet the June 3, deadline set by electoral officials at the Independent National Electoral Commission (INEC).

On April 27, the ruling APC party directed the relevant government ministers — Amaechi, Malami, Nwajiuba, and Ngige — to resign from their positions within 72 hours to comply with the electoral act. However, none of the candidates have resigned from their cabinet positions. Nwajiuba specifically said that he would “only resign 30 days to [the] presidential election as stipulated by the Constitution of the Federal Republic of Nigeria,” reports the Vanguard newspaper.

The minister was relying on a March 2022 ruling by Justice Evelyn Anyadike of the Federal High Umuahia, Abia State, in south-eastern Nigeria. Anyadike’s court ruling nullified Section 84 (12) of the amended Electoral Act 2022 and ordered that it should be deleted from the electoral act.

The court held that Sections 66(1)(f); 107(1)(f); 137(1)(g); and 182(1)(g) of the 1999 Constitution already state that government officials vying for elective positions can only “resign at least 30 days to the date of the election and that any other law that mandated such appointees to resign or leave office at any time before that, was unconstitutional, invalid, illegal, null and void to the extent of its inconsistency to the clear provisions of the Constitution,” according to a report by Dataphyte.

Nigeria’s Attorney General and Minister of Justice Abubakar Malami affirmed the court ruling, stating that: “The provision of Section 84(12) of the Electoral Act 2022 is not part of our law and will be treated accordingly.”

Breaking @HouseNGR has resolved to appeal the judgment of a Federal High Court Umuahia asking the Attorney-General to delete section 84(12) of the newly passed Electoral Act 2022.

However, both houses of Nigeria’s parliament vowed to appeal the ruling of the High Court nullifying Sections 84(12) of the Electoral Act.

While many are still debating the legality of the ministers’ campaigns, it also raises significant ethical questions.

For instance, it may be legal for Malami as Nigeria’s Attorney General, to act as the country’s legal officer and also a partisan politician. However, his “involvement in partisan politics may be morally questioned,” asserts Ripples Nigeria newspaper. Furthermore, Ikechukwu Amaechi, a columnist with Vanguard newspaper insists that: “As the Chief Law Officer, the actions and utterances of whoever occupies the position must transcend partisanship. The interest of justice makes it even more imperative that whoever is in that office must rise above the maddening fray for the common good.”

ASUU has been on strike for 72 days & the minister of education has just doled out N100m to buy APC's presidential form.

Meanwhile, as Nigeria grapples with a series of political crises, including the two-month strike from Nigeria's Academic Staff Union of Universities (ASUU) which has halted the county's education infrastructure, Nwajiuba and Ngige's foray into the political sphere has long-lasting ethical implications for the nation.