Fans demanded answers as the news circulated on social media 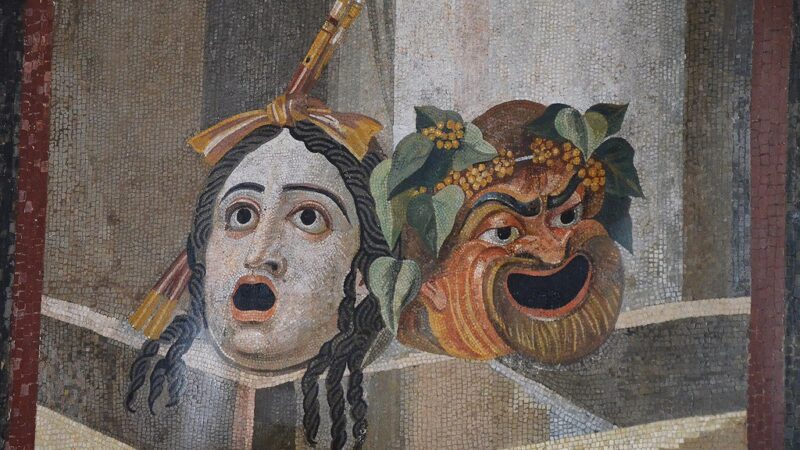 The Guldur Guldur Show, a popular comedy show in Turkey, was forced to cut a satirical sketch about the Minister of Finance and Treasury Nureddin Nebati from their lineup after network management demanded they remove it. The news made rounds on social media, with fans of the show turning online to deride the censorship.

The show airs every Saturday on a local television channel, Show TV, and it was the show's 305th episode that hit the wrong nerve with the channel's management. Ahead of the episode, the show aired a promo video where a comedian impersonating Minister Nebati appears to answer questions about the nation's banking system, unemployment, and other pertinent issues the country has struggled with during this year's economic crisis. “I am very interested in the banking sector,” explains the mock minister, adding, “I have two credit cards.” In another question, he is asked whether he has any solutions for the growing unemployment. “I do,” he says, “find them jobs.”  It was this sketch that was removed from the final version of the show before it was aired on Saturday, May 7.

Politicians, artists, and the fans of the show reacted to the decision online.

They have brought Turkey to such a point that even political humor is censored. A power that is afraid of comedy, humor, and criticism is done and has reached the end of the road.

Others, like TV producer and writer Omer Ekinci, called on the television management to explain the decision:

Show TV management must explain why it decided against airing the sketch with Nureddin Nebati. If there was political pressure then the public must know. If this was not the case then it must explain why it made this decision, and explain this unnecessary self censorship.

Actor and comedian Sahan Gokbahar also chimed in, asking whether the actors of the show will say anything:

Sooo ? I am curious whether the actors, and producer of the show will say anything or react to their unaired sketch? Or is it going to be business as usual?

Other users had their own theories about the censorship.

We heard even funnier things from Nebati anyway. That is why they removed that sketch. Because no one can perform better than the minister himself.

They dropped the sketch with Nebati. Even though this was not a parody but the reality.

At the time of writing this story, neither Show TV nor the actors of the comedy show made any public statements. However, the removed sketch remains on the show's Twitter feed.

In his op-ed, journalist and political commentator Murat Yetkin described the decision as a “new example of prohibitionism and intolerance of criticism.” Inthe past, the show had released sketches about the Minister of Health without issue, noted Yetkin.

This is not the first time Minister Nebati found himself in the spotlight. In December last year, the Turkish Twitter sphere was full of memes and jokes after Nebati exclaimed in a TV interview that the economy was about the “twinkle” in his eye. The twinkle was the minister’s response to a question on economic indicators as the country navigates its worst-ever financial crisis, largely caused by President Recep Tayyip Erdoğan’s unorthodox economic policies, now dubbed Erdoğanomics.

The minister has been criticized for his failure to manage the country's economy since taking office in 2021. In January 2022, the Good (Iyi) Party leader, Meral Aksener, described the Minister of Finance as a “Nebati comet.” Aksener was addressing President Erdoğan when she said, “Instead of instilling confidence in the economy, you took steps that petrified everyone. As our nation is hit, the ‘Nebati Comet’ you brought to the helm of the economy…shamelessly speaks of the ‘sparkle in his eyes.'”

In February 2022, the minister said the inflation rate won't tip beyond 50 percent by April, but according to available data, the already soaring inflation rate reached almost 70 percent at the time of writing this story. According to the global inflation league, Turkey now has the sixth-worst inflation rate globally, following Venezuela, Sudan, Syria, Zimbabwe, and Lebanon.

In the years since his ascent to power, President Erdoğan's ruling Justice and Development Party (AKP) has slowly taken control over much of the country's art and culture scenes. Scores of well-known artists, singers, songwriters, and comedians have faced intimidation, crackdowns, and threats over their work. These groups are known for using their trades to talk about nationwide grievances and politics and are therefore perceived as a threat to the ruling party. Even theater, humor, and satire groups have faced significant pressure from the ruling leadership.

These measures are worth paying attention to. Censoring a comedy show won't solve the country's economic troubles, nor will it save Minister Nebati from mounting criticism. It does, however, signal that spaces for free discourse are shrinking in Turkey — creating a space where even satirical sketches can't be stomached.