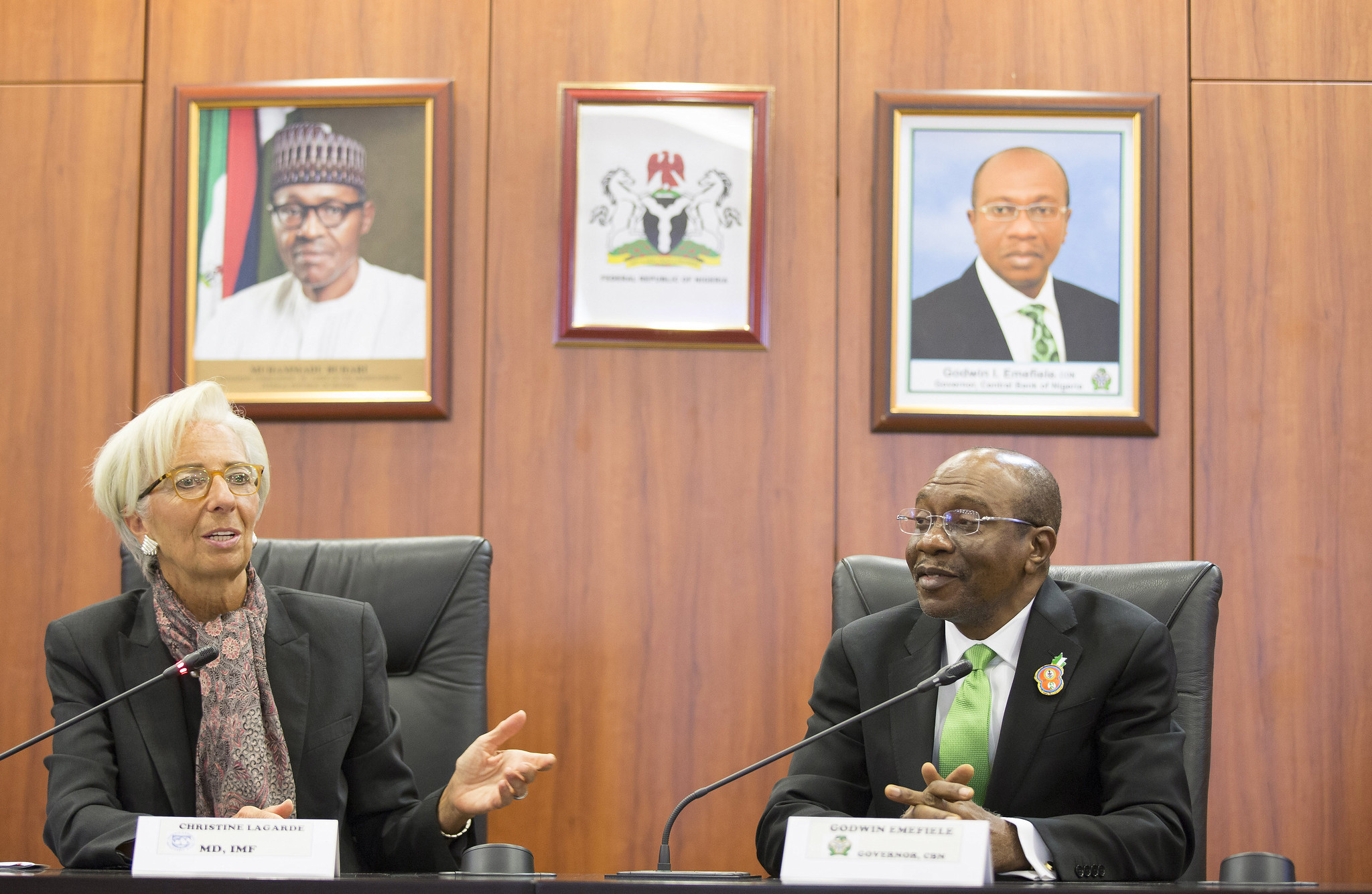 The partisan decision of Nigeria's central banker Godwin Emefiele to stand for election for the nations top job, the presidency, has rattled Africa's most populous nation. The inappropriateness of Emefiele's voyage into partisan politics as the central bank governor and his use of his office to promote his presidential ambition is unprecedented in Nigeria's history.

On May 6, three interest groups purchased the N10 million Naira (about $24,000 USD) presidential nomination form of the Nigeria's ruling party, All Progressives Congress (APC), for Emefiele, reports the Cable, an online newspaper. Emefiele has been a member of the APC since February 2021. Speculation has been rife in the past months about the central banker's interest in the presidential race, with a certain Green Alliance group asking him to contest.

On May 7, the central banker, while thanking his group of supporters for purchasing the presidential nomination form, tweeted that should he run for office, he will do so “without proxies in an open and transparent manner.” However, Emefiele was evasive about his partisan ambitions. He left his decision to “God’s Divine intervention,” claiming to go public “in the next few days. The Almighty will so direct.”

But Emefiele's tweets contradict his actions. The central banker had a few days earlier, on May 5, dragged Nigeria's election umpire the Independent Electoral Commission (INEC) and the Attorney General of the Federation (AGF) to court. Emefiele claimed that he will suffer “irreparable damage” if prevented from contesting while still serving as the central bank governor, writes the People's Gazette, an online newspaper.

This afternoon [May 9], the court siting in Abuja, Nigeria's capital, summoned both the INEC and the AGF “to appear before it on May 12 to explain why” Emefiele “should be disqualified from running for President in 2023″, said a news report by the Nigerian Guardian newspaper.

The Central Bank of Nigeria (CBN) Act is explicitly clear that the sensitive post of central banker, as in every part of the world, should be occupied by a professional above partisan considerations. Specifically, Section 9 of the 2007 CBN Act states that both the governor and deputy governor of the bank: “shall devote the whole of their time to the service of the Bank and while holding office shall not engage in any full or part time employment or vocation whether remunerated or not except such personal and charitable causes as may be determined by the Board and which do not conflict with or detract from their full time duties.”

Despite the provisions of the CBN Act, Wale Fapohunda, a lawyer and head of the Green Alliance group asserts that there's no law debarring Emefiele from contesting for the office of the president, as a sitting CBN governor. Fapohunda maintained that Emefiele's right to contest was backed by Section 137 of the 1999 Constitution of the Federal Republic of Nigeria, as amended. Section 137 prescribes situations that will disqualify anyone from contesting for Nigeria's presidency. Fapohunda was obviously referring to Section 137(b) of the 1999 Constitution which states that a public servant must resign his position “at least thirty days before the date of the election.”

Resign or get sacked!

However, many Nigerians disagreed with Fapohunda.

One of the most scathing comments came from Arakunrin Akeredolu, a Senior Advocate of Nigeria (equivalent to the United Kingdom's Queen's Counsel), the governor of Ondo State in south-western Nigeria, and member of Emefiele's political party, the APC. Akeredolu noted that it was “incontrovertible” that Emefiele “enjoys a constitutionally protected right to” contest for any office, like any other Nigerian. However, it is “difficult to imagine that a person who occupies the exalted and sensitive office of the Governor of the Central Bank of Nigeria will be this brazen in actualizing his ambition.” Consequently, Akeredolu called for Emefiele's immediate resignation, since “he cannot combine partisan politics with the very delicate assignment of his office. Should he refuse to quit, it becomes incumbent on the President and Commander-in-Chief of the Armed Forces to remove him forthwith. This is a joke taken too far”, Akeredolu said.

Social activist and former vice-president of the World Bank's African region, Dr Oby Ezekwesili also demanded Emefiele's resignation. Ezekwesili described in a tweet the central banker's partisan ambition as a “low-grade hide and seek game that dangerously toys with the monetary authority of this country and its people.”

Twitter user Babasola Kuti Jr said it was “unbelievable” for “a sitting governor” of the Central Bank to join a political party, but to be also “running for president”.

A sitting governor of the governments bank is joining a political party and running for president.

This Twitter user also called on the president to sack Emefiele:

It will really be something if Buhari has not sacked his CBN Governor by the close of work today.
Let him focus on partisan politics with his full chest. Hopefully he has printed enough Naira to fund himself for the election.
He won’t get it but there will be people gassing him.

Demola Olarewaju, a member of the opposition Peoples Democratic Party (PDP), described Emefiele's action as a progression of the “institutional corruption” by the ruling APC party:

Make no mistake: the highest institutional corruption by the APC was the removal of CJN Walter Onnoghen.

Emefiele vying for President is Number 2 in my book and it is worthy of the fiercest backlash a failing nation can muster: it stands condemned.

In Feb 2019, at the heals of Nigeria's elections, President Buhari sacked the country's Chief Justice Walter Onnoghen. Buhari's “unlawful” sack was perceived as a pre-emptive action against “a judge who may have ruled against him,” the Economist reported.

It is still uncertain the position that President Buhari will take following his central banker's foray into partisan politics. Will Buhari back the public outrage and sack Emefiele? Only time will tell.