"Smell stimulation theory" is a compelling hypothesis for the phenomenon 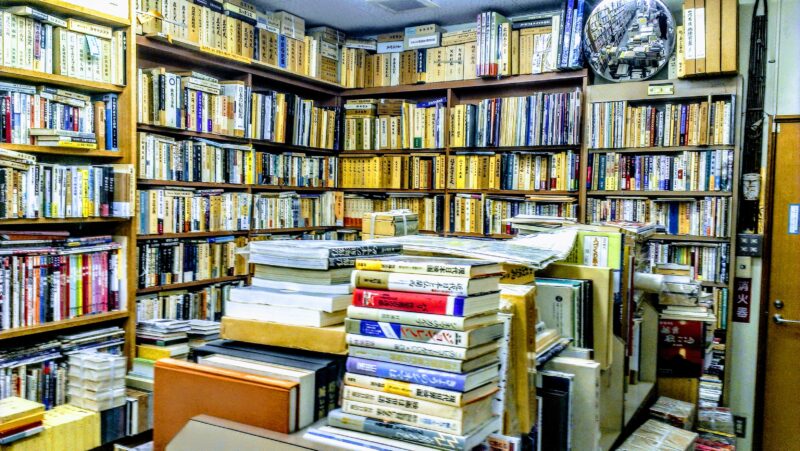 Kobunto Antique Books, in its old location opposite Fukui Station. The bookstore has since moved to a new location. Photo by Nevin Thompson. (CC BY-NC 2.0)

Have you ever felt the urge to the lavatory when visiting the bookstore? If you have, you're not alone. Whether urban myth or actual physiological condition, pooping at the bookstore has generated some discussion in Japan over the years. The compulsion may also be common in many cultures around the world, but it's possible people are just too embarrassed to talk about it.

The sudden need to defecate at the bookstore is known in Japan has been known as the “Mariko Aoki phenomenon” since 1985.

The Mariko Aoki phenomenon (青木まりこ現象, Aoki Mariko genshō) is a Japanese expression referring to an urge to defecate that is suddenly felt after entering bookstores. The phenomenon's name derives from the name of the woman who mentioned the phenomenon in a magazine article in 1985.

Both the Japanese- and English-language Wikipedia articles provide an unusually comprehensive overview of the Mariko Aoki phenomenon. For example, according to the English-language Wikipedia article, between one in 10 and one and 20 people experience the condition. Women are four times as likely as men to need to be afflicted by Mariko Aoki phenomenon. 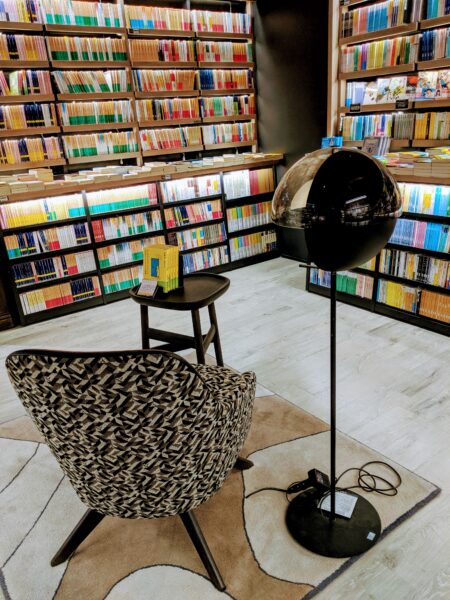 However, in both versions of the Wikipedia article, most of the information, including hypotheses about what might cause it, are all derived from the same Hon no Zasshi #41 article, originally published in 1985. There seem to be few, if any, medical studies about the phenomenon. 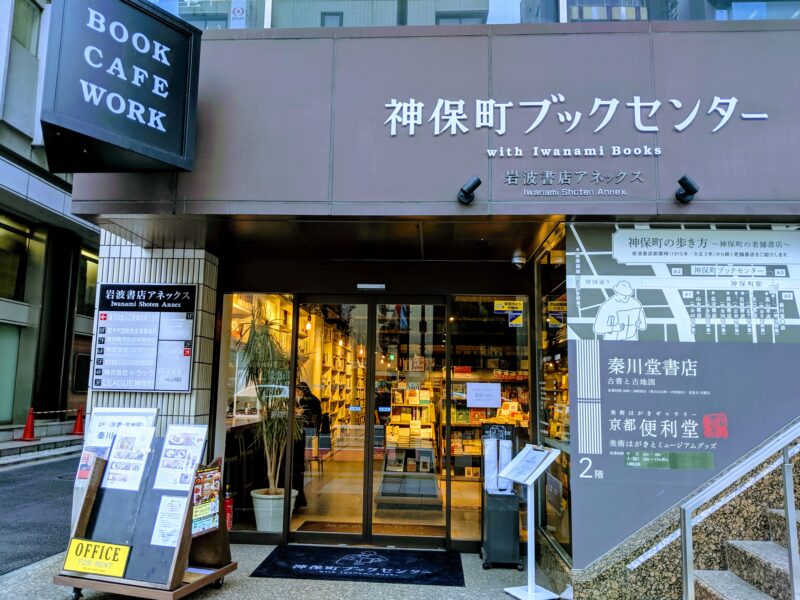 This lack of data has created some sceptics, including Noah Oskow, the editor-in-chief of Unseen Japan, a website devoted to Japan news, Japanese language, Japanese history, and underrepresented voices from Japan.

So Aoki Mariko wrote a piece in a magazine in 1985 describing now being in a bookstore inevitably made her want to use the bathroom, and now there’s an entire pseudo-psychological process about needing to poop named after her

With a lack of general scientific and medical data, there are still efforts to better understand the phenomenon. In 2012, Tokyo Shimbun reported on the results of a survey conducted by a bookseller association, asking customers “what services would you like to use at bookstores in the future?”

According to the Tokyo Shimbun story:

Responding to the results of the survey in the Tokyo Shimbun article, a representative of the bookseller association said:

I didn't think there would be so many people who would want a toilet [in a bookstore]. The number of responses may support, for the first time, that bookstores stimulate the urge to use the toilet. 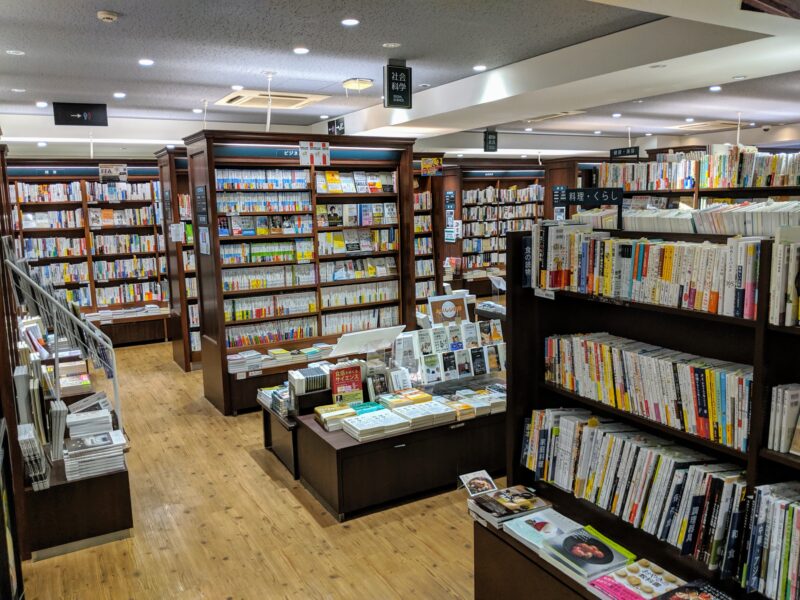 Acknowledgement of the phenomenon is not limited to Japan. In an interview with American magazine Men's Health, a Texas-based gastroenterologist and assistant professor of medicine said:

It's more common than people realize, and I think people are just embarrassed to talk about it,” he says. “I've also heard it called ‘book bowels.’ I think that name speaks for itself.”

As for what might cause ‘book bowels’, the gastroenterologist said:

The intensity of the information that you encounter in museums and libraries—or the sudden quiet of a garden—can trigger an autonomic response in your gut. 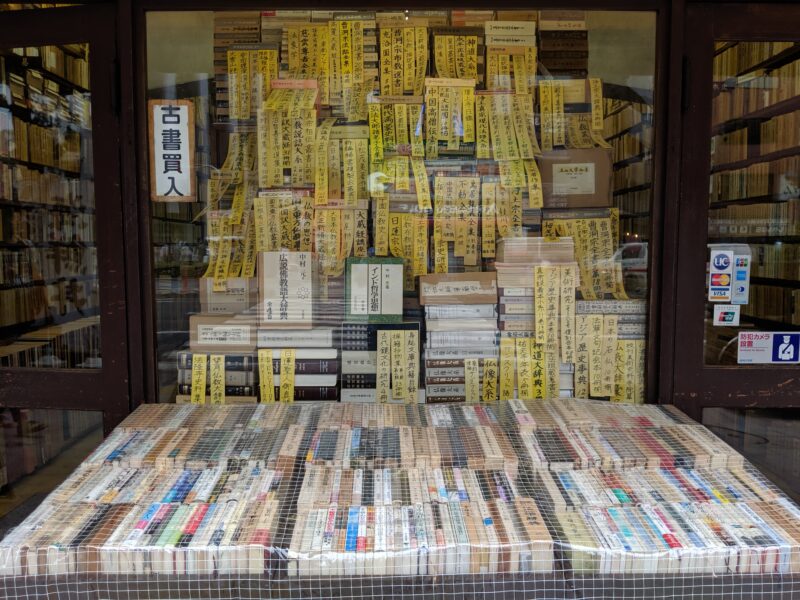 More recently, students at Kindai University in Osaka asked Nomura Masato, a professor at the university who studies the relationship between scent and bodily functions, about the Mariko Aoki phenomenon. Nomura said:

There are various theories as to why this phenomenon occurs, such as “[bookstores] are relaxing, which encourages bowel movements”, and “pressure affects the intestines.” However, “smell stimulation theory” is also a compelling hypothesis.

According to Nomura's hypothesis, the smell of books in a bookstore may in fact trigger a bowel movement. And it's not just bookstores, but anywhere where books can be browsed, such as public or university libraries.

Nomura then helped develop a spray that mimics the scent of bookstores that can act as a laxative:

I am quite anticipating using this “bookstore fragrance spray.”

Real or urban myth, the Mariko Aoki phenomenon still surfaces from time to time on social media, where you can find pointers about finding the perfect bookstore to satisfy a bodily urge.

There's a bookstore in Urawa, Saitama known to book lovers as “the number-one bookstore in Japan for wanting to go to the bathroom.” Its name is Suharaya Books.

What makes Suharaya different from a normal bookstore is that it has a magnificent fountain inside.
Mariko Aoki phenomenon + the sound of water results in a powerful compulsion. […]