A multi-sectoral intervention will ramp up vaccination in Africa 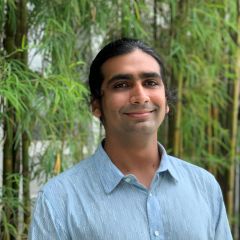 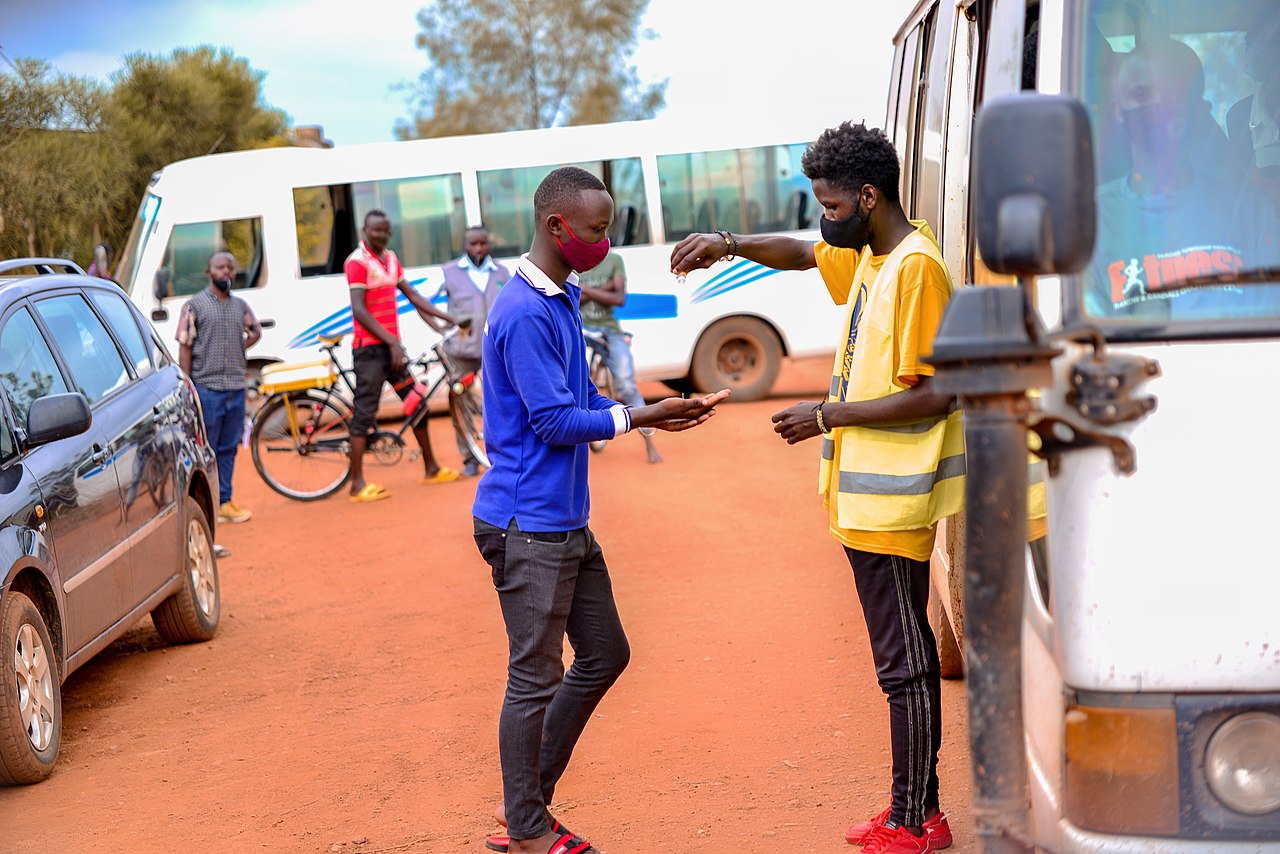 COVID-19 vaccination in much of Africa has lost momentum in recent months. Though vaccine shipments to the continent have increased in 2022 — more than doubling from November 2021 to January 2022 — the number of vaccine doses administered fell by 35 percent between February and March 2022. Rollouts have been slow, for a variety of reasons including logistical challenges related to vaccine storage and distribution, vaccine hesitancy, and a perception that COVID-19 is not a serious threat.

Lower vaccination rates mean lower protection against the virus, particularly if newer and potentially more transmissive or deadly variants emerge. To regain momentum, African governments will need to take a multifaceted approach and manage relations with external stakeholders to obtain the necessary support.

From a glance at a map showing global COVID-19 vaccination rates, it is apparent that countries in Sub-Saharan Africa lag well behind most of the world. While many countries in Asia, Europe, and the Americas have vaccinated more than 60 percent of their population, most of Africa falls well short of this threshold.

In some countries, such as Burundi, the rate is below 1 percent. There are also outliers in the region. One is Burundi’s neighbor Rwanda, where more than 60 percent of citizens have received two doses. Another is Botswana, where more than half of the population is fully vaccinated.

The reasons behind Rwanda and Botswana’s COVID-19 vaccination success stories mostly come down to rigorous planning.

Botswana was similarly robust in its planning and coordination of vaccine rollouts in that it tapped multiple sectors, set up local liaison offices, and collected data to develop monitoring and evaluation tools. It also launched a communications campaign to address vaccine hesitancy and misinformation in March 2021.

Going forward, African countries should aim to both boost vaccine production on the continent, so that they do not have to rely on donations or exports from further afield, and improve vaccine intake. Botswana announced in March 2022, the construction of a plant to produce the Corbevax vaccine, in collaboration with South African-American businessman Patrick Soon-Shiong’s holding company NantWorks. However, this plant will only be operational in 2026, so will not be able to meet Africa’s immediate needs. South African company Aspen Pharmacare also secured an agreement to manufacture Johnson & Johnson’s vaccine, but has not received any orders from African countries. If demand does not pick up, then plans to build facilities for manufacturing mRNA vaccines that offer the highest degree of protection against the virus — like the Moderna and Pfizer-BioNTech vaccines — in Kenya and South Africa may not be viable.

To narrow gaps in vaccination rates with the rest of the world, African governments could learn from the success stories of Botswana and Rwanda. They could also collaborate with external powers including the United States, the European Union, China, and multilateral institutions. These foreign powers and institutions may support the construction of vaccine manufacturing and storage plants, or the development and expansion of innovative solutions. They can also help aid logistical challenges, such as Ghana efforts to deliver vaccines with drones, through funding and knowledge sharing. 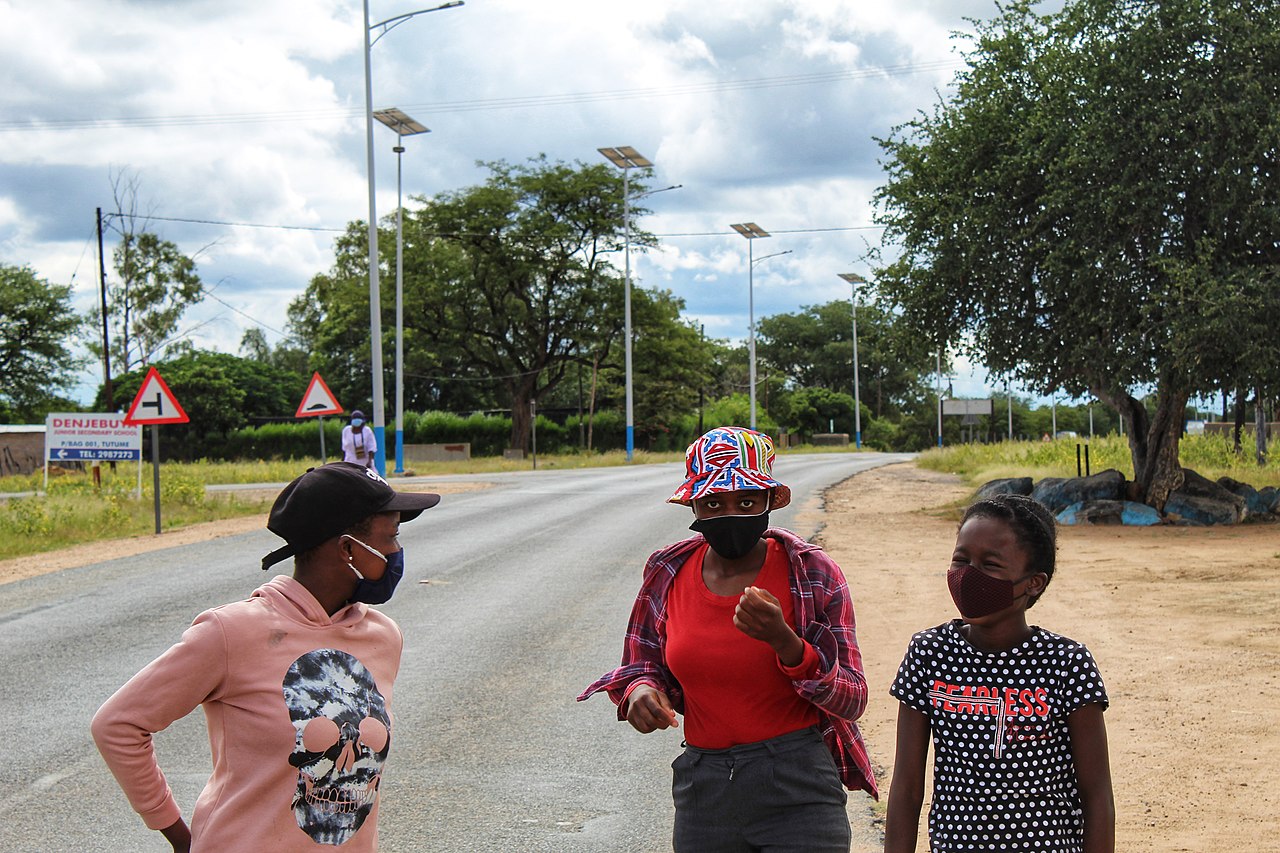 Children wearing masks to protect themselves against the coronavirus in Botswana, February 27, 2021. Photo by Aobakwe Absa Basupi via Wikimedia Commons (CC BY-SA 4.0).

Rich countries rightly came under criticism for “hoarding” COVID-19 vaccines in 2021. To the extent that countries with access to vaccines have supplied them to lower- and middle-income countries in regions including Sub-Saharan Africa, they have often been driven by strategic goals and competition.

Vaccine diplomacy, defined as the provision of vaccines to countries to gain geopolitical influence, is a short-sighted approach. Supplying vaccines to countries or supporting inoculation drives in other ways should not be seen as a zero-sum game, where one great power improves its standing in partner countries at the expense of others.

Vaccine donations and other efforts will be appreciated by governments and people in African countries irrespective of where they come from.

Many Africans tend to hold positive views of both China and the U.S. In Latin America, polls have similarly found that people hold positive views of both external powers, and whether or not the pandemic has changed this remains debatable. African governments, like those in Latin America and the Caribbean, can manage relations with both China and the US to obtain the supplies and other support they need to achieve their public health goals. Neither is likely to gain significant support at the expense of the other because of vaccine donations or exports.

In 2022, the United States surpassed China as the largest supplier of vaccines to Africa, having donated more than 147 million vaccines to countries in the region since the beginning of the pandemic. According to certain experts, governments increasingly prefer Pfizer and AstraZeneca vaccines to those produced in China.

The issue for African countries, however, is at least as much about the logistics of procuring and administering vaccines and fighting vaccine hesitancy as it is about a lack of supply. As outlined by John Nkengasong, director of the Africa Centers for Disease Control and Prevention, there are ways in which the US, China, and others could support such efforts, including ensuring the availability of antigen tests and drugs and building capacity to monitor variants.

External stakeholders have taken some encouraging steps. China is building a facility in Egypt that could store 150 million vaccine doses, and may explore similar projects elsewhere on the continent. The global vaccine alliance GAVI, which administers COVAX, has recently stated that it would shift its focus from supplying vaccines to building capacity for inoculation and announced initiatives by the EU and US to fund delivery support. The U.S. now has a chance to show that “Build Back Better” and other aspects of its engagement with Africa are more than rhetorical tools to combat China’s soft power diplomacy, by following its talk with action.

A narrow approach with a focus on countering other great powers’ influence is misguided and may lead to resentment down the line. Cooperation between the U.S., China, and other great powers may seem unlikely in these times, with the two powers presenting competing visions for pandemic governance. Nevertheless, they both have roles to play in supporting other African governments as they follow Rwanda and Botswana’s examples to procure and administer vaccines successfully.