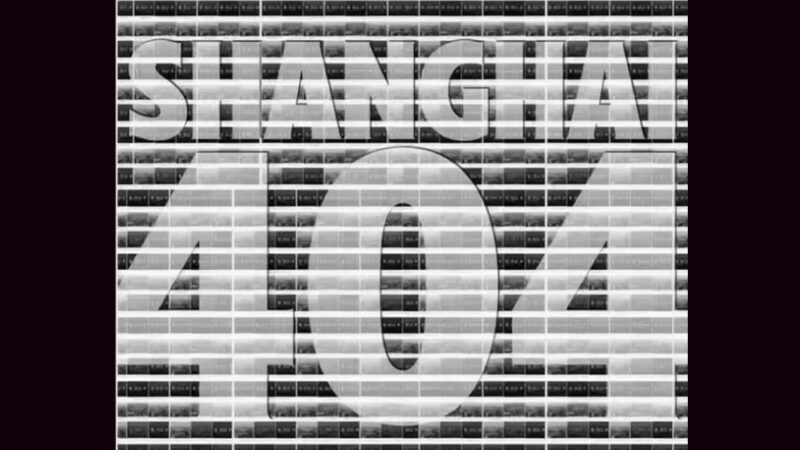 A censored poster composed of images taken from “Voices of April”. 404 is error code when content is removed or not accessible. Image via China Digital Times.

A six-minute video on the lockdown in Shanghai titled “Voices of April” went viral and sparked a rare showing of large-scale online protests after the Chinese censor handed down a comprehensive content removal order on April 22, 2022.

The video is a compilation of more than 20 audio clips from press conferences, street committees, truck drivers, quarantine workers, emergency hotline, and Shanghai residents who suffered from food shortages and separations with or loss of family members. The video shows the black-and-white skyline and empty streets of Shanghai since the lockdown began in early April.

Many of the audio clips have been distributed on social media but have vanished or submerged in the timeline. The creator of the video, who uses the username Strawberry Fields Forever, published his work on WeChat on April 22, writing that he wanted to keep the record of these voices in an objective manner.

Here is a version on Youtube with English transcription added by China Digital:

As the video went viral, the Cyberspace Administration stepped in and ordered a comprehensive takedown of the video and its related contents on the same night.

The massive deletion then triggered an explosion of rage followed by a large-scale redistribution of the video. Netizens circumvented censorship by uploading the videos across different platforms, embedding the six minutes in other videos, juxtaposing the audio onto other videos, using QR codes to share video links, and more

The audio clips have even been turned into black-and-white drawings (by Yuan Wei via Facebook): 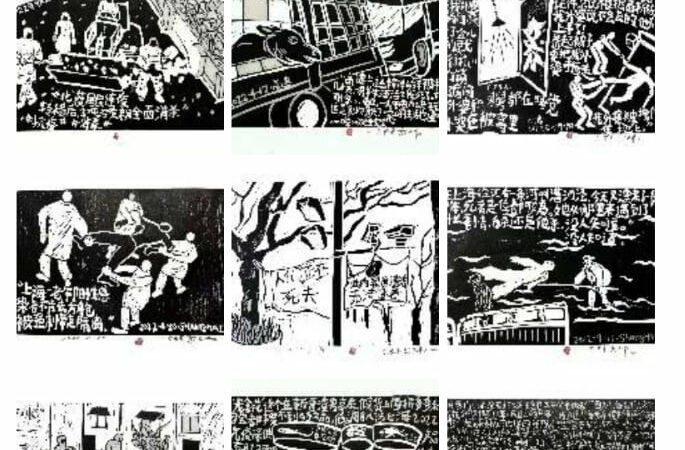 A drawing of “Voices of April” circulated on WeChat. (via Facebook). Used with permission.

Many exclaimed that the scale of circumvention was similar to the distribution relay after the death of medical doctor Li Wenliang during the Wuhan lockdown in 2020.

One widely circulated analysis claimed that the video was viewed over 100 million times by 23:30 pm on April 22, and it has continued spreading via different versions and channels since then. Eventually, even the Chinese word, 四月 (April), was temporarily blocked to curb the distribution.

Under pressure, the creator of the video urged other netizens to stop the distribution, saying: “I don’t wish this video to be distributed in the directions I don’t want. I hope everyone stops sharing, or please ask people you know to stop sharing.”

As the video was replaced by content deletion notifications across various Chinese social media platforms, an outpouring of anger has been directed at the censorship authorities. The public sentiment is best reflected by the following widely shared poem written by Weibo user @MareNubiumyoung:

Delete the true voices, but preserve the lying reports
Muffle the mouths that speak, cover the ears that listen

They’re ants, or mustard seeds, or political symbols, but never are they human

What gets put onstage is the praise, the gratitude, the peace

What gets buried is the sobbing, the helplessness, the blood – Translated by Chinese Digital Times

The majority of Chinese netizens simply could not understand why people’s voices were suppressed in a manner. Here is a typical question raised on Weibo:

I don’t understand why they had to delete the Shanghai video. I have bore witness to what had happened to my friends in Shanghai – they had to struggle for food everyday. When listening to these voices that reflect the adverse living conditions, I just feel sad. I don’t see any sensitive content nor incitement in them. They reflect the real Shanghai, not just in terms of numbers. If such a video has to be wiped out completely from the Chinese network, the motivation can only be a covering up of guilt.

But a few pro-government commentators jumped in and labeled the video a “Colour revolution” aimed at changing the Chinese regime. Pro-Beijing Taiwanese singer Huang An, for example, wrote on Weibo:

Yesterday, friend circles on WeChat are sharing the same item because a video was censored.
What kind of video had gone so viral? I watched it. Over six minutes of video on the pandemic outbreak in Shanghai. After watching for two minutes, I was alert: WTF, this is such a familiar form — it’s Color Revolution!

A compilation of whining. The producer did not show up and did not explain. This is the most dangerous presentation with an intention to channel [the opinion]. It looks objective but full of a fake sense of justice that intends to divide.

But very few buy the conspiracy theory this time. Instead, many rebuked and mocked the political label:

How could this be linked to the Color Revolution and foreign forces? If that’s the case, how could people express themselves? There is nothing reactionary about the video, no fabricated element at all. We are in 2022, censorship and lies won’t work. Where’s [our country’s] confidence?

In response to the incident, Hu Xijin, a leading commentator from state-owned Global Times, took a less politically charged position to ease the tension:

Some Shanghainese are resentful as they were locked up for quite a lengthy period of time. They need channels to express their grievances. In other parts of the country, people have the same anxiety and they also need to release their feelings. …

Internet administrators delete content, but it does not mean that the government does not respect people’s opinions. On the contrary, expressing opinions on the Chinese Internet is much more useful than in Western countries. In China, very often the governments would pay attention to the content and the sentiment of the posts that they delete. Then they would follow up and improve accordingly. While in the West, people are free to express their discontent. But no one would listen to them. It is useless.