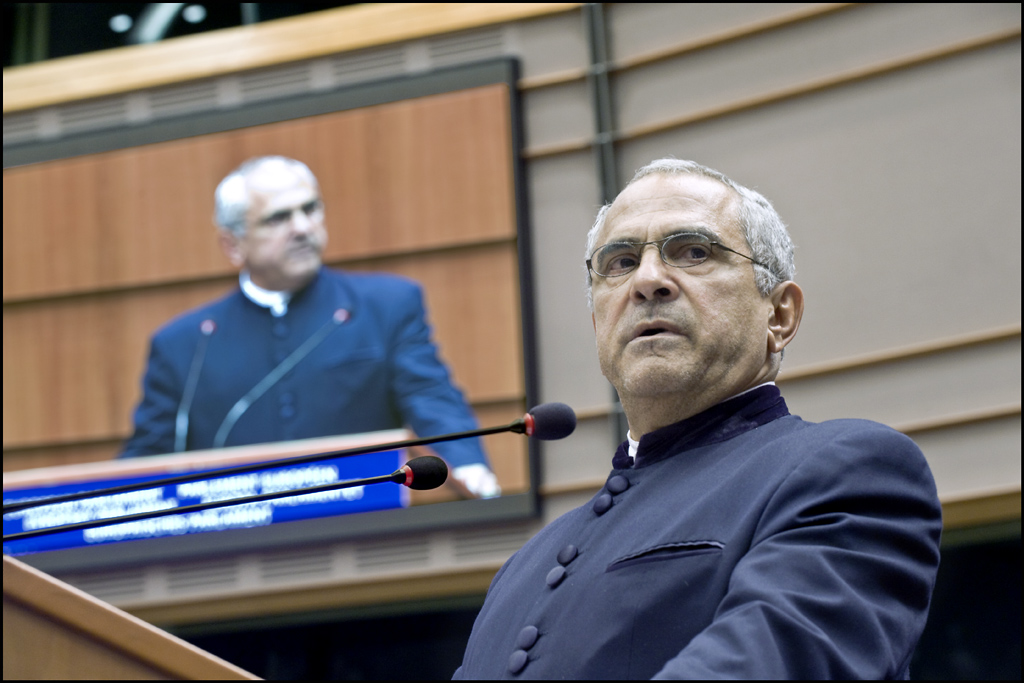 As Timor-Leste celebrates its 20th independence anniversary, former president and 1996 Nobel Peace Prize laureate José Ramos-Horta has been announced as the new president-elect in the Asian country of 1.3 million inhabitants.

Ramos-Horta, an important figure in Timor-Leste's independence from Indonesian occupation, received 62 percent of the votes, securing a victory over current president Francisco “Lu-Olo’” Guterres, who received 38 percent in the second round of elections on April 19.

This year's election was the biggest one in the country’s history, with 16 candidates running for the presidential seat.

Counting time now in 🇹🇱Presidential election run-off. A very methodical and transparent process in which each ballot is called out and shown to observers and the public. #Timor-Leste pic.twitter.com/xBf7ZZstTT

Timor-Leste is a semi-presidential Republic. It runs under a multiparty system with the prime minister as head of government and the president as the head of state.

Ramos-Horta was supported by CNRT (National Congress of Timor’s Reconstruction), a center-left party, and also had as an ally another important figure in Timor’s recent past, Xanana Gusmão, the CNRT founder who served as the first president after independence and also served as prime minister.

Both of them played key roles in the youngest Asian country's history, emerging as major players during Timor-Leste's fight for independence, and are still active actors in the Timorese political scene.

According to the RFI news agency, Ramos-Horta made a pledge to solve the political turmoil that has lasted for a few years now, with a face-off between CNRT and Fretilin (Timor-Leste’s Revolutionary Front), a party that supported Guterres’ candidacy.

After the results were confirmed, Ramos-Horta suggested Lu Olo may have suffered a political hit by being associated with the current government and “beyond that, facts such as violation of powers in the terms of the Constitution.” He also added the economic struggle during the COVID-19 pandemic aftermath as another factor influencing the ballot results.

Despite being one of Asia Pacific's major success stories in COVID-19 mitigation, the pandemic has sharpened political infighting in Timor-Leste. Multiple states of emergency have been declared since mid-2020.

Commercial flights were limited to humanitarian purposes and at the beginning of the pandemic, land borders between Timor-Leste and Indonesia's West Timor were opened once every 17 days and capped at 200 border crossings each time. On both sides of the frontiers, borderland populations rely on cross-border mobility to earn their living. According to BBC news service Indonesia, 40 percent of Timor-Leste's population live in poverty.

Some hope the election will be the key to ending political in-fighting as well as economic recovery for the nation.

Timor-Leste became an independent nation recognized by the UN only in 2002. The country was colonized by Portugal in the 1500s and invaded by Indonesia in 1975 in a campaign known as “Operasi Seroja.”

This was conducted under the guise of anti-communist, anti-colonialism with the support of the U.S. government. It was then annexed into the Indonesian archipelago until its independence.

Throughout the 20th century, Timor had a history marked by violence. In 1942, during World War II, Japan invaded the island and battled against Australian troops, leading to three years under Japanese control and the death of up to 60,000 East Timorese citizens, according to BBC.

While living its own national revolution, in 1974, Portugal recognized the right to independence and self-determination in its remaining colonies. A period of civil war then followed in Timor between a group favoring independence and another favoring integration with neighboring Indonesia.

In November 1975, the Fretilin declared Timor’s independence, only to have Indonesia annex the territory, claiming the fight against communism as motive. This integration was never recognized by the United Nations.

“Strong resistance to Indonesian rule followed by repression and famine in which 200,000 people are thought to have died,” states the BBC timeline on Timorese history.

In 1991, one of the most infamous episodes took place: Indonesian forces attacked and killed people with signs asking for a free and independent Timor-Leste at the Santa Cruz cemetery in the capital Dili.

Not the first episode of violence against Timorese people, this one was caught on camera by British journalist Max Stahl, revealing to the world the situation the local population faced — it is estimated that at least 270 people died during this incident.

“Timor was the first country in History to gain its independence through audio-visual media. That is what the UNESCO acknowledges,” declared Stahl in 2019.

In 1999, the country held a referendum where citizens chose between independence and autonomy, with the former winning by a large margin.

The results unleashed another wave of violence from pro-Indonesia groups — Ramos-Horta's official website notes that hundreds of thousands of people were displaced and “85 percent of the buildings in Timor were set aflame” during this period.

In response, the UN established an interim government and assisted in the country's transition to independence afterward.

Recently, Freedom House has classified the country as “free,” noting that: “Timor-Leste has held competitive elections and undergone peaceful transfers of power, but its democratic institutions remain fragile, and disputes among the major personalities from the independence struggle dominate political affairs. Judicial independence and due process are undermined by serious capacity deficits and political influence.”

Former president José Ramos-Horta is 72 and was educated at a Catholic mission in the small village of Soibada, which was later chosen by Fretilin as its headquarters after the Indonesian invasion.

Of his eleven brothers and sisters, four were killed by the Indonesian army. Ramos-Horta studied public international law at The Hague Academy of International Law (1983) and at Antioch College in Yellow Springs, Ohio, where he earned a Master of Arts in Peace Studies (1984). He lived in exile for almost three decades of his life.

In 1996, he also became the youngest person to address the United Nations and convinced them to pass a resolution supporting East Timorese independence.

While Indonesia maintained the occupation, he continued to lobby at the UN and among world leaders to pressure Jakarta to give Timor its freedom.

In 1996, he was awarded the Nobel Peace Prize, alongside his fellow countryman, Bishop Carlos Felipe Ximenes Belo, as a recognition of their work toward “a just and peaceful solution to the conflict” in the country. He returned to Timor-Leste at the end of 1999.

In 2000, Xanana Gusmão, a former guerrilla leader, who was arrested in the 1990s, was elected as president of the First National Congress of CNRT and took the role of speaker of the Legislative body during the transition, almost a year after being released from house arrest.

After this Congress was dissolved in 2001, he was elected as the first president of the country in 2002 and was sworn in on May 20, the date of the country's independence.

In 2006, amidst a new wave of violence, Ramos-Horta became Prime Minister, working alongside Gusmão. He himself was elected president the following year, with Gusmão becoming Prime Minister. Both men were also targeted in assassination attempts in 2008 by two rebel soldiers. Ramos-Horta was non-fatally shot in the stomach while at home during this attack. After leaving the government in 2012, he worked with the UN.

His inauguration is set to happen on May 20, Timor-Leste's Independence Day. According to Reuters, Ramos-Horta said he expects the country to join the ASEAN bloc (Association of Southeast Asian Nations) and that he will work “to heal” the current political division in his nation.

“I will do what I have always done throughout my life… I will always pursue dialogue, patiently, relentlessly, to find common ground to find solutions to the challenges this country faces,” he said.