Eight members of the Club’s Press Freedom Committee have resigned 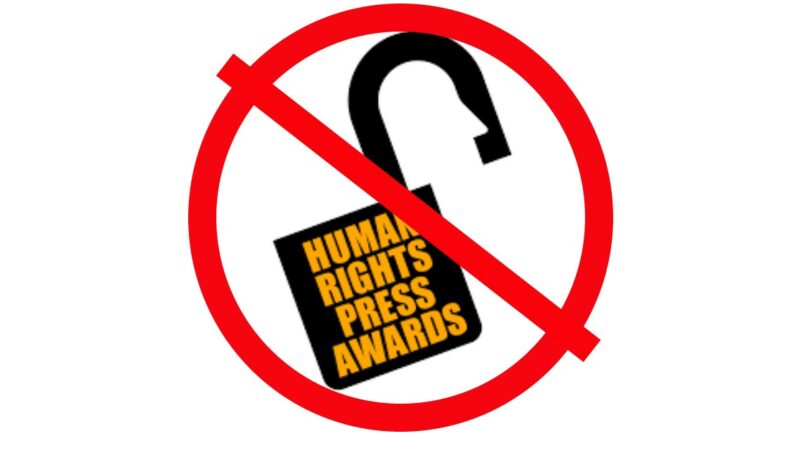 The Foreign Correspondents’ Club, Hong Kong (FCC HK), a press freedom watchdog, announced they would cancel their 2022 Human Rights Press Awards (HRPA) on April 25.  Eight members of the Club’s Press Freedom Committee have resigned in protest over the decision.

Many foreign correspondents were shocked by the decision. Launched in 1995,  the HRPA has been one of the most important platforms to celebrate and honour human rights journalism from around Asia. The Club normally announces the winners on May 3, World Press Freedom Day.

Hong Kong Free Press (HKFP) quoted sources from FCC HK that the cancellation was related to the legal risks in presenting awards to the now-defunct Stand News. Two former senior staff members of the independent news outlet have been charged with conspiring to publish “seditious publications” pending trial.

Stand News was forced to shut down last December after security police raided its office. The police authorities accused the news site of publishing “seditious materials” with the intent to cause hatred towards the government and the judiciary.

An FCC member told the HKFP that Stand News would receive four awards and five merits in this year’s award, but “certain items” would pose a legal risk.

In a letter to the Club’s members, the president of FCC HK Keith Richburg said the decision was made in the organization’s board meeting on April 23:

Over the last two years, journalists in Hong Kong have been operating under new “red lines” on what is and is not permissible, but there remain significant areas of uncertainty and we do not wish unintentionally to violate the law. This is the context in which we decided to suspend the Awards.

The letter also says that “recent developments might also require changes to our [FCC HK’s] approach” in the promotion of press freedom.

As the city's incoming Chief Executive John Lee has vowed to apply the “strictest measures” to clamp down on “anyone who tries to use journalistic work as a shield to engage in crimes endangering national security” in response to the crackdown on Apple Daily, FCC HK's anticipation of legal risks is valid.

Yet, as a press freedom watchdog, many see the choice to axe the awards as an act of self-censorship antithetical to the organization's purpose, as former FCC HK president Ilaria Maria Sala wrote on Twitter:

Goes to show what a loss Stand News is. Instead of scrapping the awards, say HK can no longer have a free press club. Disband. Become an unofficial press club like in the mainland. This way, @fcchk denies solidarity to Stand News, and goes on having drinks around the bar. https://t.co/Wqe1GHVTFe

Eight members of the Club’s press freedom committee have resigned in protest over the decision. Shibani Mahtani, Washington Post's Southeast Asia and Hong Kong Bureau Chief, is one of the resignees. As one of the winners of the Human Rights Press Awards in 2020, Shibani Mahtani expressed her regrets about the decision and explained, in a Twitter thread, the significance of the annual occasion in Asia:

It is an award that meant something not only to Hong Kong but journalists across Asia who covered some of the most consequential developments in the region last year — from the Taliban's return to power in Afghanistan to the continued plight of the Uyghurs to, yes, Hong Kong.

It is emblematic too of the self-censorship many institutions  feel forced to subject themselves to in today's Hong Kong, whether with or without their merits, and entirely indicative of how the national security law has changed the landscape for all.

Mary Hui, a reporter from Quartz who also resigned from the press freedom committee after the cancellation of the HRPA noted that FCC HK had removed its mission statement in its website’s press freedom section:

Last thought: in HK's authoritarian era, how we use words to perceive & reflect reality is critical. Nixing the press awards & censoring a statement on a colleague's arrest while continuing to profess a commitment to uphold press freedom isn't reflective of the reality we live in

The FCC’s core mission is to promote and facilitate journalism of the highest standard, and to defend press freedom in Hong Kong and across the region. Faced with unprecedented attacks on the media, never has our club’s role been more vital – nor our commitment been stronger. We will speak out on behalf of our fellow journalists and correspondents, work to ensure they can operate freely and without interference and strive to provide the best resources and information we can to the community. The Human Rights Press Awards, now in their 24th year, are the biggest journalist event on the Club calendar.