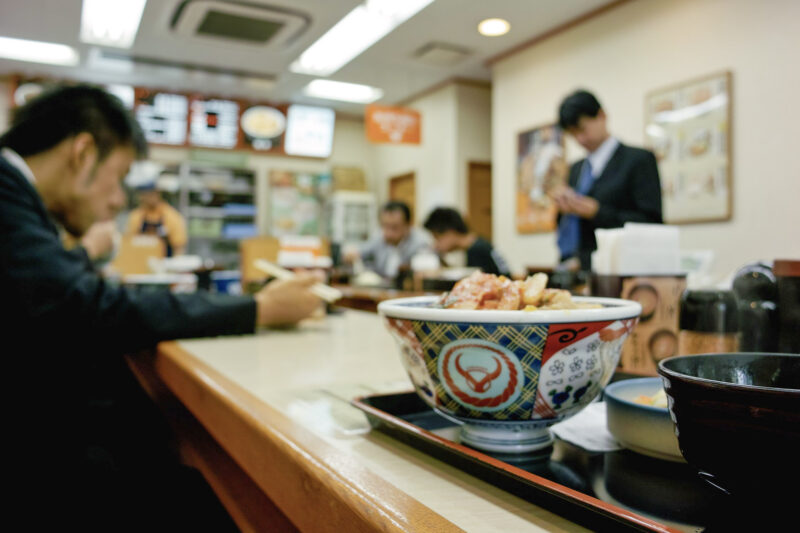 An executive at an iconic Japanese fast-food chain has been fired after making sexist remarks during a guest lecture at a prominent university. The now-former executive's remarks highlight longstanding attitudes in Japan's male-dominated society that are, at best, dismissive of women.

In a guest lecture on April 16, 2022 to Waseda University students in Tokyo, Ito Masaaki, the managing director of Yoshinoya, a popular fast food chain with outlets around the world, said his company's marketing strategy was similar to getting “green country girls” new to the big city “addicted to meth” (生娘をシャブ漬け戦略).

Ito explained that Yoshinoya, which specializes in gyudon, bowls of white rice topped with marinated beef, has to act quickly to “hook” younger female “virgins” on the chain's low-cost, low-quality product before they have a chance to appreciate higher-quality, better-tasting cuisine.

Ito was reportedly trying to encourage lecture attendees to propose potential marketing ideas for his fast food chain. Waseda, which counts Japanese prime ministers as alumni, is one of Japan's most prestigious universities.

For those who don't know Waseda University, it's one of the private universities in Japan that is an equivalent of an Ivy League schools of the US.

It's supposed to be a “prestigious university” with “high standards” and they get this guy to give marketing lessons.

Yoshinoya, a Japanese multinational established in 1899, specializes in inexpensive gyudon beef bowls marketed to consumers in Japan with little disposable income to spare.

The fast food chain is also an icon of Japan's post-Bubble deflationary period. In an era of stagnant or even declining salaries, over the past two decades Yoshinoya has fought for customers by relying on economies of scale and cheap ingredients to keep prices lower than the competition. 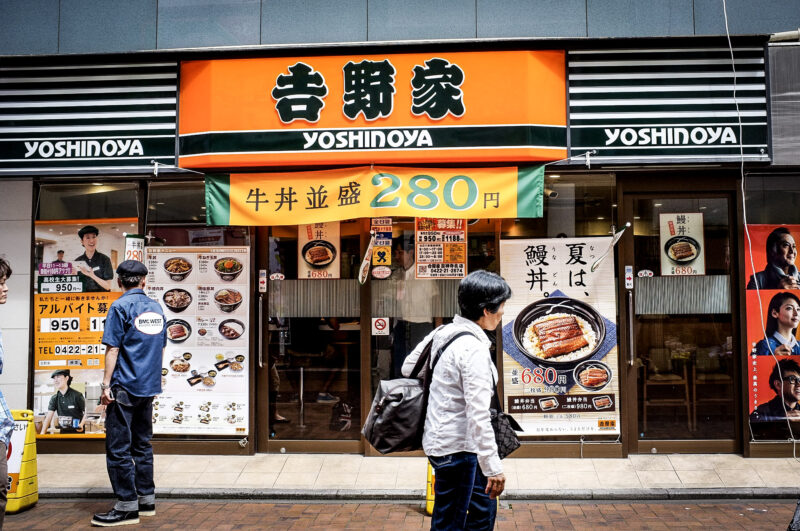 Some Waseda students who attended the guest lecture — included as part of a marketing course reportedly costing each student the equivalent of US$3,000 — were disgusted by Ito's alleged remarks and shared a transcript that quickly went viral on Twitter.

Ito Masaaki, a managing director and General Manager of Planning at Yoshinoya, laughed and called marketing measures targeted at young women as “the get-the-country-girls-addicted-to-meth (shabu) strategy”. Ito says Yoshinoya's marketing is intended to “turn a young girl who doesn't know right from left from the countryside into a ‘beef bowl addict’ while still being innocent and fresh.” As expected, a Procter & Gamble alumnus…

They were significantly inappropriate remarks made officially that are completely unacceptable from the perspective of human rights and gender issues.

In an interview with daily newspaper Mainichi, Fuemi says:

There is a a longstanding sense of disdain for (the value of) women in Japan's advertising industry, even as customers.

In the interview, Fuemi explains that contempt towards women is a key part of Japan's male-dominated advertising industry:

We [in the advertising industry] see young women as things that to be deceived and used, rather than as human beings with a will of their own […]

In a male-dominated society, where men are centered, and male bonds are emphasized, the expression “Get young women hooked on meth” is something you can say to get laughs and also to say “I'm a bad man who uses women badly.”

And when Ito, the former Yoshinoya managing director, says, “If a man buys a more expensive meal for a young woman, she'll never ever touch a (cheaper) fast food beef bowl,” there's no consideration at all that there is a wage gap between men and women in Japan. And gender disparities will remain unaddressed.

Besides highlighting the sexist and misogynistic attitudes that persist in Japanese business culture, Yoshinoya's female customers appeared to be affected by Ito's leaked misogynistic remarks.

In a tweet shared more than 10,000 times, one woman described subtle harassment by male customers when she simply tried to enjoy a Yoshinoya beef bowl:

Two office worker-looking men sitting two seats down from where I wanted to sit snickered and said, loud enough for me to hear, “She's come to get hooked on meth, lol.”

I cleared my throat and simply said, “That's not funny at all, just cut it out.”

So [Ito's remarks] ended up even making me feel bad.