Tough-on-crime policies do not work 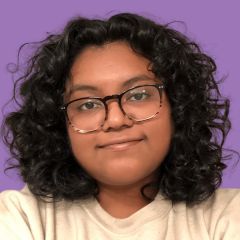 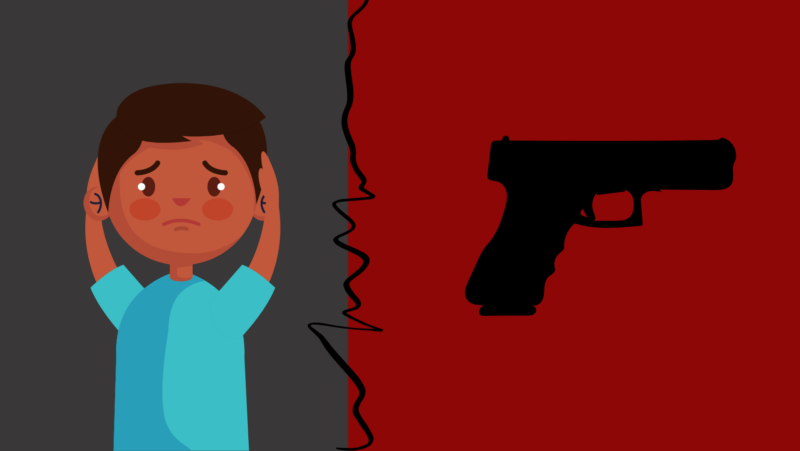 Illustration made by Global Voices.

In El Salvador, children from 12 to 16 years old may now receive a 10-year sentence and serve in adult prisons as part of recent legislative changes to curb crime in the country. However, as a developmental psychologist, I argue that tough-on-crime policies, especially those aimed at children, do not work — especially in a country with generations of torn community and family relationships.

El Salvador has been under a 30-day state of emergency ever since the country had a spike in homicides in late March — 62 homicides within 24-hours, making it the most violent day since the end of the country’s Civil War. Constitutional rights, such as freedom of assembly and access to state-sponsored defense in court, have been suspended. Human rights activists have criticized these measures, arguing that they encroach on Salvadorans’ civil rights. Children are particularly vulnerable to harassment and profiling from civil police and the military.

These changes in the juvenile penal law are part of a history of tough-on-crime laws called Mano Dura (“Iron Fist”). First enacted in El Salvador under Francisco Flores’ administration in 2003, these laws enable more military responsibility in civil matters as well as arbitrary policies that allow for people to be suspected as “gang members” on the basis of their physical appearance.

El Salvador is not alone in these types of practices. Similar policies have been established in the United States. In the early 2000s, police departments in Washington, D.C., Maryland, and Virginia came together and formed the Northern Virginia Taskforce (NVT). Protocols established by NVT targeted individuals with certain “gang-related traits.” Most were Black and/or Latinx. Despite this tough-on-crime approach, the number of gang members in the U.S. has increased since 2006.

In El Salvador, the high number of jailed gang members has only transformed prisons into places of recruitment and training, thereby worsening the situation. In the last couple of weeks, 13,000 alleged gang members were detained, adding to overcrowded jails in the country.

If evidence shows that Mano Dura-style policies do not work and, instead, worsen the problem, why is the Salvadoran government — which proclaims to bring change and innovation — turning to old, ineffective practices?

Instead, efforts must be placed on the root causes of gang-involved youth. For El Salvador, this means addressing the underlying collective trauma experienced by families and communities impacted by the country’s 12-year-long civil war (1980 -1992).

It is estimated that 75,000 civilians were killed at the hands of government-controlled forces during the war fought against a coalition of left-wing groups called the Farabundo Marti National Liberation Front (FMLN). The UN reports that violations against basic human rights, such as torture and kidnapping of civilians suspected of being FMLN sympathizers, were pervasive throughout this time.

Children faced forced recruitment from government forces while others joined the FMLN. About 80 percent of state troops were minors, while they represented one-fifth of FLMN combatants. In either case, many children were placed in war-time roles during their formative years. Despite the large number of former child soldiers when the war ended, children were completely excluded from many of the government’s and NGOs’ social programs aimed at supporting people because of age requirements. Children have been effectively abandoned to handle their traumatic experiences.

Those who migrated to the U.S. found even less support as they were not recognized as refugees. Without proper support systems in place, Salvadoran children became vulnerable to gang recruitment tactics. Exposure to adverse childhood experiences, such as exposure to war, can lead to negative health outcomes, early death, and changes to the development and function of the endocrine, immune, and neurological systems. Processing the traumatic events of the war was imperative for this generation of children who witnessed the war during a critical time for socioemotional and cognitive development.

According to Bronfenbrenner’s Bioecological Systems Theory, immediate environments, relationships, and sociopolitical context impact children’s development. Attachment theory, first developed by John Bowlby, also states that children form their sense of trust and security through their relationships with adults in their lives and those attachment styles have later impacts on our future relationships. These processes help us form our morals, values, and identities that are ultimately passed down to the next generation. Without the support to process and recover from violent events from war, trauma is passed down to future generations. It is not surprising that generations of Salvadoran children have fallen victim to gang recruitment.

Despite it being more than 40 years ago, the impact of the war is still felt by children and families in El Salvador and the diaspora to this day. The current “gang problem” in El Salvador is not a reflection of what is inherently wrong with Salvadorans, but rather a reflection of the lack of care towards children in policies during war-torn and post-war El Salvador.

Any person, 18 years of age or younger, who is or has been recruited or used by an armed group in any capacity. The role of children in armed forces conflict is often direct combat, but they also act as spies, cooks, messengers, porters, and sex slaves among other roles.

Additionally, children do not have proper consent to join gangs because of the sociopolitical power that adults have over children in society.

It is time to change how we address this issue and turn to more effective frameworks that can bring meaningful change. This includes changing how we view children involved in gangs.

The choice to use Mano Dura-style policies against gang violence is not new, creative, or effective. Instead, it is another iteration of failure by adults in power towards Salvadoran youth. If the Nayib Bukele administration wants to make meaningful change, then it must invest in young people.

Recent changes to juvenile penal law and budget cuts in social programs show that history is repeating itself. The solution to gang violence is not increased surveillance and more of the same Mano Dura policies that failed us in the past, but instead positive youth development, trauma-informed psychological care, and social support systems for children and families.