Why can't the statues be cleaned year-round? One of the prominent monuments cleaned on the first day of the campaign. Screenshot form a YouTube video by Vugar Imanov.

Ahead of the International Day for Monuments and Sites, also known as the World Heritage Day celebrated every year on April 18,  the Ministry of Culture in Azerbaijan announced a new project, “Clean monuments,” in the capital Baku. The Minister of Culture, Anar Karimov invited anyone interested in joining the campaign to come out and clean. Some 16 statues will be cleaned in the capital Baku, according to a list released by the ministry.

The Ministry of Culture, with the support of the Baku Landscaping and Youth Foundation, is launching a social project “Clean Statue” dedicated to the International Day of Monuments & Historic Places on April 18. The project will clean the statues erected in our country. We invite everyone to join this project

According to ATV News reporting, this is the first time, Azerbaijan has hosted the “protect monuments” campaign. The vent slogan is “Let's protect the statues.” 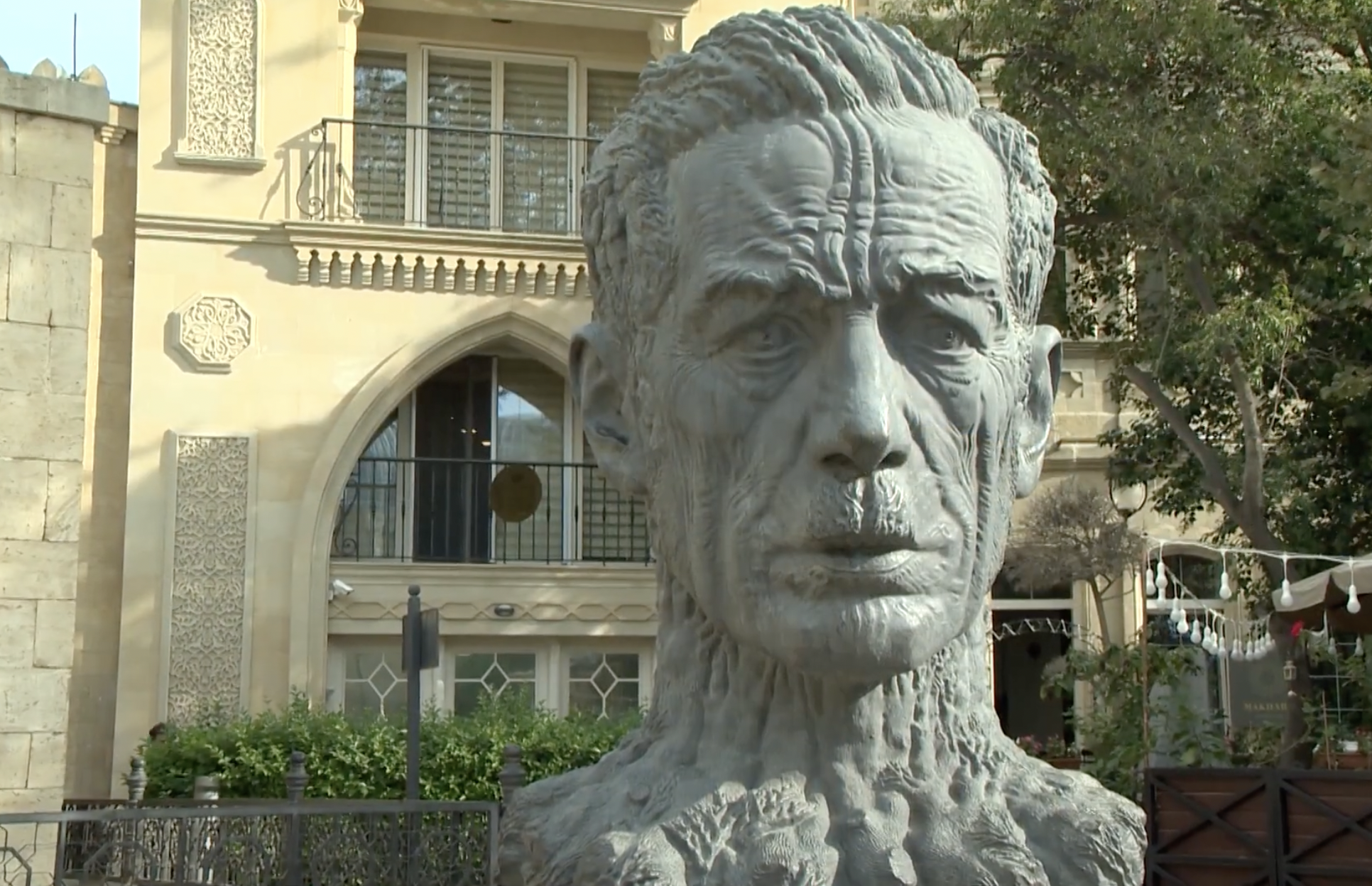 Social media users in Azerbaijan were divided. Some praised the project, while others voiced criticism. Altay Goyushev, political scientist and director of Baku Research Institute likened the Minister's call to “unpaid labor” that was common practice during the feudalist period. “History textbooks, say, unpaid labor was cancelled in Azerbaijan in the beginning of the 20th century. Now, the texts should say, at the beginning of 21st century, after restoring feudalism, this unpaid labor was implemented under different excuses,” Goyushev wrote in a Facebook post.

Another Facebook user, Magsud Masim wrote, that a more appropriate campaign would have been called “clean officials,” a jab at corrupt politicians in Azerbaijan. “It is long overdue for a project like that. Just like the ruling government says, there are too many dirty officials. Wonder when this project would start?”

The Ministry of Culture started a really good project: within the scope of “Clean Monument” project the ministry intends to clean monuments. Lets like this!

Today, on the occasion of International Day for Monuments and Sites under the slogan “Let's protect the statues!” a project called “Clean Statue” is being implemented in #Baku.
Good initiative 👍👏

The project's goal is to revive the monuments of famous Azerbaijani personalities. But as one journalist from Baku TV asked in this story, why put off cleaning the monuments? Some statues are rarely maintained throughout the year, until the annual Day for Monuments and Sites. This may point to dysfunction within the institutions and services responsible for caring for historic monuments and statues.

For instance, in an interview with Baku TV, the head of one department at the Ministry of Culture, Agshin Mirfeyzullazade said, said not all monuments are registered within one state structure/institution. “The monuments registered with the Baku Maintenance Service, are cleaned and maintained on regular basis. But not all monuments are cared for by the service,” explained Mirfeyzullazade. So it would be good, explained Mirfeyzullazde, to create a new organization that would take on the responsibility for maintaining all remaining monuments that fall outside the scope of the city's maintenance service. 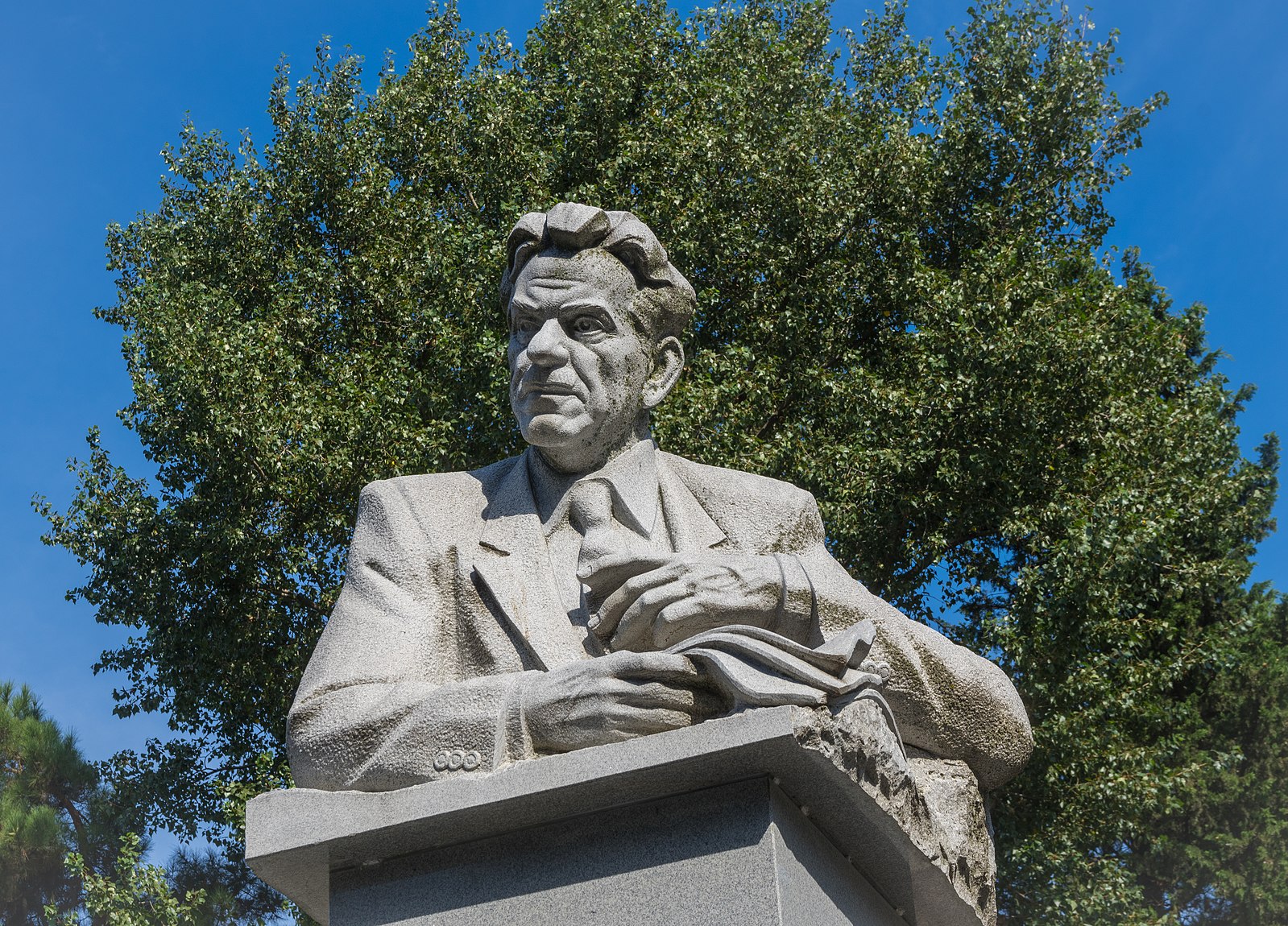 But the additional service may not be necessary given existing mechanisms.

In 2014, President Ilham Aliyev signed a decree to set up the State Service for Protection, Development, and Restoration of Cultural Heritage within the Ministry of Culture. Among its many activities is overseeing, “the restoration, reconstruction, and conservation of historical and cultural monuments.” And according to this document, the Service cares for over forty monuments, and busts of prominent individuals, across the country.

And yet, in January of this year, the service announced plans to set up an additional monument restoration center that would train specialists involved in restoring monuments, reported Azernews.az news website. According to Article 9 of the Law on Protection of Historical and Cultural Monuments, “the protection, study and conservation of monuments shall be financed by funds allocated from the state budget and local budgets, financial contributions and endowment of physical persons and legal entities.”

So far the project has turned into a spectacle in the eyes of critics. One user on Facebook offered to bring leftover chlorine she bought at the start of the pandemic.