'[T]his system of [...] award of the top ranked SEA students will be reviewed' 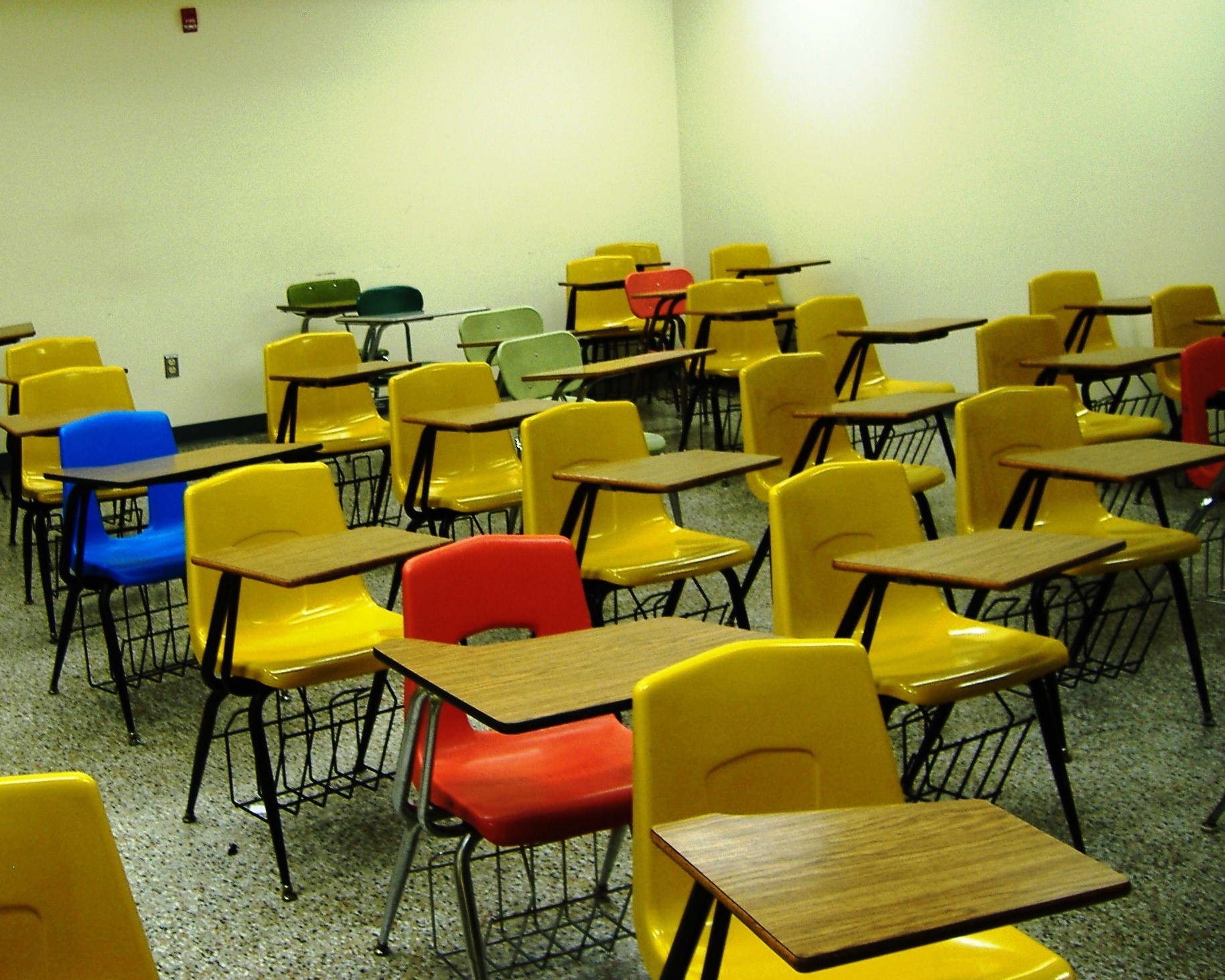 Desks in a classroom. Photo by Emory Maiden on Flickr, CC BY-NC 2.0.

In Trinidad and Tobago, you can get one of the country's highest awards for excelling in an exam. The President’s Medal (Gold) for Primary Education, one of several such annual awards, honours the “most outstanding student” in the Secondary Entrance Assessment (SEA) Examination, essentially a placement test that funnels primary level children into secondary schools. Because of COVID-19 safety restrictions, the 2019 ceremony was the last of these awards the country would see for a while, but on April 11 this year, thanks to the bungling of the process by the Ministry of Education, two students who sat the exam back in 2020 shared the top prize, rekindling once more a discussion about the relevance of the exam and whether it is serving children's best interests.

The debacle involving the 2020 SEA exam awardees began after Ameerah Beekhoo was told that based on the preliminary results — which the Ministry of Education has been accustomed to using to determine the highest-ranking students eligible for the President's Medal — she was that year's top scorer.

However, students may query their marks, and Aaron Subero, initially deemed the recipient of the President's Medal (Silver) as the second-highest scorer, did just that. This reassessment bumped up his final marks enough to give him the highest overall grade in the 2020 exam, a fact which was then communicated to his school after Beekhoo had already been announced as the winner.

In an April 7 media release, the ministry explained:

It is […] the right of any parent to query their child's results, which is facilitated by the Caribbean Examinations Council (CXC), the administering body for the SEA. These results are typically received two months after the preliminary results. This query may or may not alter the marks of students, but does not alter the preliminary placement list, upon which awards are made. This policy has been followed for many years.

The query might have ended there, were it not for the actions of a ministry employee:

The Executive of the MOE therefore views it as extremely unfortunate that a senior official of the Ministry exceeded the authority of their remit by varying the SEA placement list, based on reviewed results of some students […] proceeded to inform the parents and schools of their eligibility for awards according to the unapproved listing, which resulted in consternation. The official was therefore instructed to revert to the policy position, and to inform the parents and schools accordingly, which was done. As a result of this unilateral action, the achievement of the student who was rightfully announced as first placed […] has been brought into question. This is highly regrettable.

This decision to retract the top place award from Subero — based on the ministry's policy of making the decision on preliminary results — was followed by legal letters from both sets of parents.

The situation prompted Minister of Education Nyan Gadsby-Dolly to advise:

Going forward, this system of public identification and award of the top ranked SEA students will be reviewed. It is my personal view that it has outlived its usefulness, and is now an additional stressor in an already high-stress environment. My deepest apologies go out to both students, who performed excellently and should not have been subjected to this experience.

Like many parents, Facebook user Lesel Ali-De Silva was glad to hear of plans to review the concept of awarding SEA exam-takers, commenting:

Thank you. Please end the top 200 and top 10!! It does not matter, they all start on the same level in high school.

After the ministry apologised for the blunder, it was eventually decided that both children would be awarded the President's Medal (Gold). For her part, President Paula-Mae Weekes made it clear that her office does not determine the awardees, and suggested — after receiving what she interpreted as a threatening tone in a letter from an unnamed scholar about the long waiting process with regard to the awards — that citizens needed to cultivate greater respect for public office:

While we must attempt to produce assertive, confident students, not afraid to question the status quo or speak truth to power—should we not also be raising temperate and tolerant young persons who when faced with disappointment, challenges or frustration, real or perceived, rather than descend to bullying, manipulation or intimidation rise to treat individuals and offices with due regard even as they fearlessly pursue their justifiable cause?

The entire affair had social media users in deep discussion over proper procedures, as well as the relevance of the exam itself.

Karel McIntosh testified that errors like these have happened before, based on an experience with her niece, who sat the exam in 2021:

Upon review, it was shown that she in fact placed second, a mere decimal point away from a perfect score. She had to swallow that bitter pill. Academics is not all there is to life, but children who can achieve this should be rewarded equitably if we have awards.

A primary school teacher, however, who spoke with Global Voices on condition of anonymity, queried why should there be awards for the SEA exam at all, given that the test is, at its core, a placement exercise: “How accurate can such a measure of success be based on the performance of a child, at such a young age, on one exam on one day?”