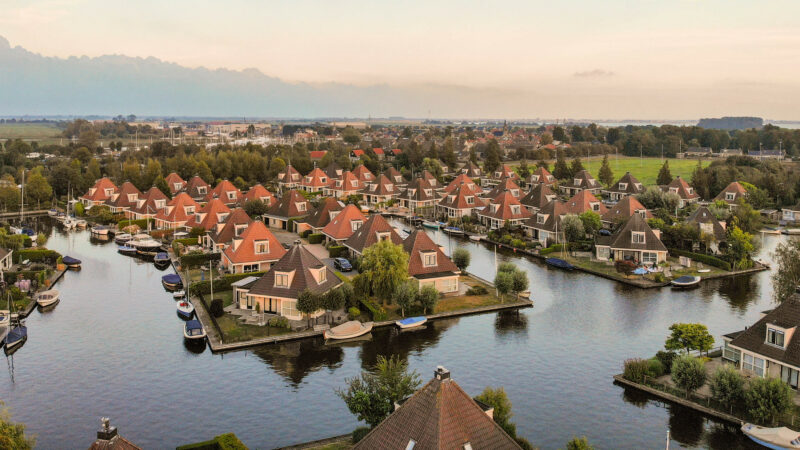 Image taken by Willem van Valkenburg and used under a CC BY 2.0 license.

Editor's note: From April 20-26, 2022, Mirjam Vellinga will be hosting the @EuroDigitalLang rotating Twitter account, which explores how technology can be used to revitalize European minority or regional languages. Read more about the campaign here.

Since 1928, the Afûk has been a well-regarded organization with a mission to promote the Frisian language and culture in all types of spaces in the Dutch province of Fryslân. The language has managed to remain in daily life, and, according to the Afûk, nearly all of the province’s 642,000 residents understand the language. According to the Afûk website,  “this means that you will encounter Frisian and use it everywhere in the province: at the baker’s, at the supermarket, at the library, at the doctor’s office, at school, at the card club, on the sports fields, on signs for cities and villages, in the media, in the theatre and at work.”

The Afûk’s contributions include providing language courses for adults, publishing electronic books and magazines, creating apps, and providing consulting services for companies and organizations on creating policies to encourage the language’s use. 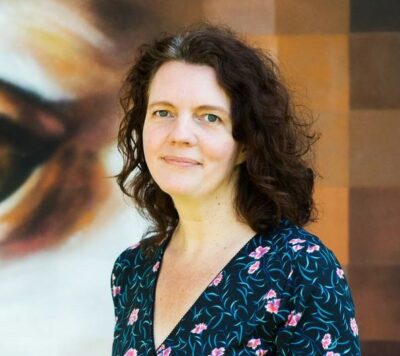 Photo provided by Mirjam Vellinga and used with permission

The organization was well-known to Mirjam Vellinga, who was raised by parents who were both Frisian language speakers. It was only when she moved away from Fryslân to study at the University of Groningen did she grow to appreciate how unique the language is and “the social, psychological and political factors that are connected to speaking a minority language.” She soon switched from studying English to studying Frisian, and shortly after graduating started to work for the Afûk, where she has remained for twenty years. Currently she holds the position of project leader of the international projects.

Rising Voices (RV): What is the current state of your language both online and offline?

Mirjam Vellinga (MV): At the moment a little more than half of the population in Fryslân speaks Frisian as their first language and around 75 percent of the population speaks Frisian on a daily basis. Almost all of the province’s approximately 650,000 inhabitants can understand the language: about 95 percent. This means that you’ll come across Frisian everywhere in everyday life.

Half of all Frisians are able to read Frisian easily. However, a small proportion of Frisians have a good written command of their language. This number has steadily increased in recent years. This is due to education and the increasing use of social media in Frisian. There are concerns about the language transfer from parents to their children. That is slowly decreasing and one of the most important factors to keep a language alive.

The online state is on an intermediate level so to speak. On the one hand, several applications have been developed. On the other hand, it are usually not the big tech companies that automatically develop their applications in Frisian.

The following applications are now available:

RV: What are your motivations for seeing your language present in digital spaces?

MV: It is very important for a language to be present in the daily life of people. Maybe even more so for a minority/small/minoritized language. You should be able to use your language anytime, everywhere. For a majority/dominant language, that is a given; for a smaller language you always have to fight for your space and compete against the power of the bigger language. Your language has to be present at those places where your (potential) speakers are. And since we are all present in the digital world, your language should definitely be present there as well.

RV: Describe some of the challenges that prevent your language from being fully utilized online.

MV: For the big tech companies investing in smaller languages is economically not very interesting. That means you always have to ask and lobby for it and that it takes a lot of time for your language to be included. Most of the speakers by that time are used to using the dominant language for that specific application and it is very hard to win them back. It always takes extra effort and money to get your language included. We are particularly interested in technology that is applied in the home as the home domain is still very strong when it concerns the use of Frisian. Through technology other languages are however introduced in the home, think of smart home appliances, social care robots, etc., which threatens the natural space that our language has in the home. Children are especially sensitive to this and will therefore attach less value to their own language.

MV: At the moment we are focusing both on language learning and language awareness and assertiveness in schools (primary, secondary and vocational education). It is important that younger people learn the language and are able to speak, read and write it, but it is also important that they feel comfortable using it, understand more about their language behavior and language use and the mechanisms behind that. Peer to peer conversations about their language use and specific assignments at school that focus on working with the language in a practical way (thinking about how Frisian can become more visible in the company where they do their internship for instance) work very well in our experience.

In order to make it easier for young people to use the language digitally, we have developed several translation tools and there are other tools available as well, like Gboard and Swiftkey. Not everyone knows that they are there, so we are also focusing on promoting those tools in an attractive way (short clips, distributed on several social media platforms).

For the next generations to use the language it is essential to educate young parents about the value of the minority language and how to raise children multilingual in different situations. In Fryslân there is a magazine and an online platform to inform young parents about this and they receive a special language gift (Taalkado) when they register the birth of their child with the local government.