There is still high sensitivity when collecting data in Central Asia 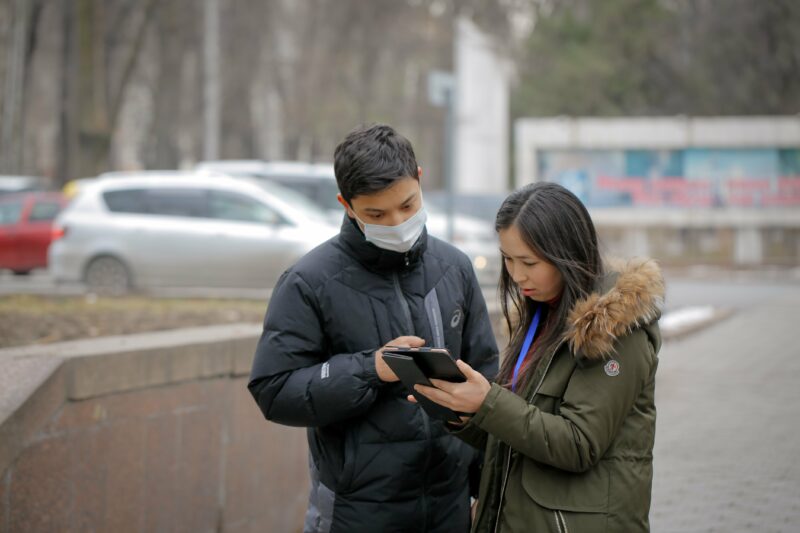 While the Central Asian states of Kazakhstan, Kyrgyzstan, Tajikistan, Turkmenistan and Uzbekistan have a lot in common, regional integration is more an idea than a fact: Local societies know little about their neighbours. But one group of activists based in Kyrgyzstan believes it is time to talk about Central Asian public opinion as a whole.

The five Central Asian states have many things in common: shared borders, the presence of ethnic minorities belonging to the same dominant ethnic group in each country, over seven decades of Soviet rule, language proximity for the Turkic-speaking ones (all except Tajikistan), similar neighbours all eager to influence the region (Russia, China, Turkey), and massive economic migration (mostly to Russia and Turkey). All together they represent over 70 million people.

Yet several factors maintain sealed borders that prevent the emergence of a strong regional identity or sense of shared destiny: political ambitions of local leaders not keen to engage with immediate neighbors, conflicts due to ethnicity and natural or energy resources, unresolved border issues from the Soviet period (including enclaves), divergence in relations with Moscow and Beijing, and different government attitudes to Islam, among others.

Nevertheless the lived experience of average people remains quite similar across the five countries and one NGO based in Bishkek in Kyrgyzstan has decided to consider Central Asians as a whole in order to analyse social, economic and political trends at a regional level.

Global Voices talked to Kasiet Ysmanova, the Development manager of the Central Asia Barometer (CAB) to find out more about the challenges for any organisation exploring the field of regional public opinion. As she explains, the organisation was founded in 2012 by several research and Central Asia enthusiasts. Things shaped up in 2017:

That year,  CAB started its regular open-access cross-country survey project, which is conducted twice a year. First, we started with face-to-face surveys, then switched to telephone in 2020 due to the pandemic. We gradually added new countries, and right now we cover all five countries. Our goal is to conduct open access weekly public opinion surveys in all the countries on topical issues. This would allow us to better fulfill our mission as a Central Asian barometer, measuring the political, economic and social atmosphere in the region.

For Ysmanova, one of the most exciting projects is measuring the dynamics of the relations between the five Central Asian countries. As she explains, this  would help governments and other institutions to track various trends shaping relations among the citizens of the five countries.

Global Voices also asked her about the main challenges in collecting data across such a variety of countries and languages. Ysmanova acknowledges it is no easy task:

There is high sensitivity about certain topics such as politics, religion: In Turkmenistan, Tajikistan and Uzbekistan we can’t ask questions about internal and external politics, religion, extremism or terrorism. Asking these questions may lead to low response rates and problems with the security agencies in these states. We are more free in Kazakhstan and Kyrgyzstan.

But there are also technical challenges: poor institutional capacity across Central Asia, which, as she explains, includes the inability to conduct phone polls in Turkmenistan, and difficulty finding professionals trained to conduct fieldwork as operators, interviewers, or focus-group discussions facilitators. This means in practice that CAB has to train the people they need to conduct the work and to check on the quality and reliability of data. Between bad roads and poor internet, access is also complicated, which also plays a part in this.

Given its Soviet past, the region is united in its overall suspicions about why one would survey a group and what could be the hidden motives behind it, as Ysmanova shares:

We often get calls and messages from our respondents asking us cautiously why we are surveying people, especially on the most sensitive topics. As the level of awareness about sociological research is low in these countries, it’s not self-explanatory for the people when we say that we are conducting these surveys as part of our social research projects.

This is particularly true for Turkmenistan, one of the most closed countries not just in Central Asia, where CAB is only able to ask rather general questions that can still provide some insight into what people experience in their country.

Given the growing population of Central Asia, which could reach 100 million by 2050, the role it plays in China's Belt and Road Initiative, and, most recently, in absorbing migrations flows from Russia following Moscow's invasion of Ukraine, it will become increasingly important to have a better sense of how Central Asians assess key economic, political, public health and environmental changes.