Name calling, nukes, and Interpol: The latest on Azerbaijan-Russia tensions

A Russian MP angered both Russian leadership and Baku officials 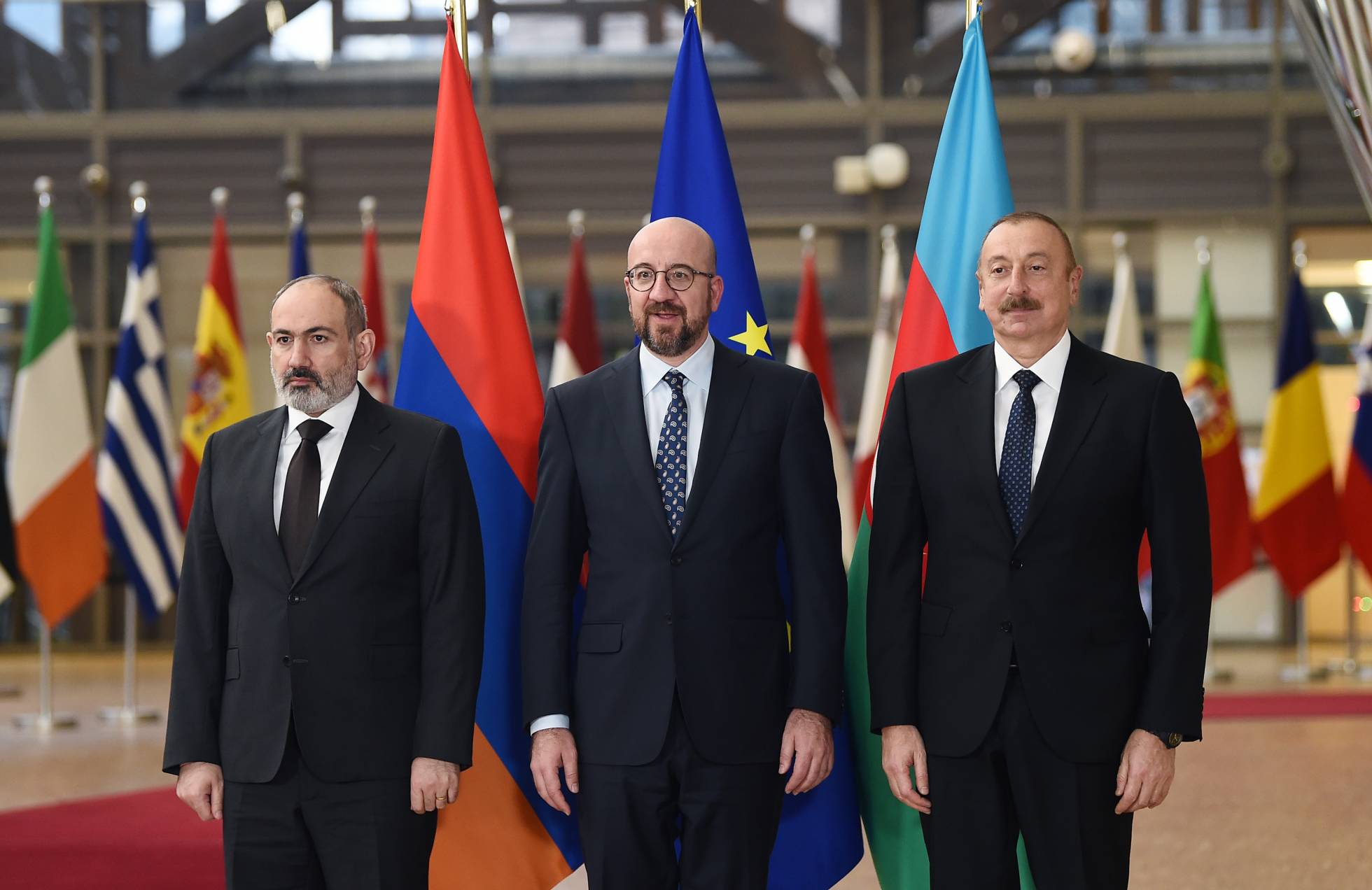 As tensions escalated in Karabakh in March, a series of provoking statements by Russian Parliament Member Mikhail Delyagin landed him in hot water with both Russian leadership and officials in Baku, Azerbaijan's capital. In televised remarks, Delyagin first accused Azerbaijan of violating the ceasefire in Karabakh, then called it a “satellite of the Americans,” and in a poll on his Telegram channel asked his readers whether Russia should nuke Azerbaijan's oil industry.

Azerbaijan was quiet at first but three days after Delyagin's remarks on Russia's television channel, the prosecutor's office filed a criminal lawsuit against Delyagin and asked Interpol to issue a search warrant.

The Kremlin's response was swift. Dmitriy Peskov, a spokesperson for Russian President Vladimir Putin, tried to deescalate tensions, saying, “Russian politicians need to refrain from making emotional statements about Nagorno-Karabakh, where Russia is making great efforts to normalize the situation.” While a spokesperson for the Russian Foreign Ministry, Maria Zakharova, said, “We consider such statements absolutely unacceptable and irresponsible. We are confident that such provocative statements will be given an appropriate assessment.”

On March 30, Russia's Ambassador to Azerbaijan, Michail Bocharnikov, said Delyagin's words did not reflect Moscow's official views and had damaged the relations between the two countries.

My statement and the poll conducted in the telegram were addressed to some part of the Azerbaijani bureaucracy, which, perhaps, decided that in the situation of diverting Russian forces for a military special operation, its peacekeepers can be neglected. “Of course, in order to be heard, exaggerations had to be allowed — and I offer my most sincere apologies to people of all nationalities (not only Azerbaijanis) who felt frightened, offended and confused, or who experienced other negative emotions after my words.

At least 15 Armenian soldiers have been wounded and three killed since March 24, 2022, during renewed conflict over the contested Nagorno-Karabakh region, which Azerbaijan currently controls, according to the Karabakh self-defense army. The self-defense army also claimed there were casualties from the Azerbaijan side, which the Azerbaijan Ministry of Defense has refuted.

Meanwhile, in a statement issued on March 25, the Azerbaijan Ministry of Foreign Affairs said there was no need for hysteria while referring to escalated tensions in the region and that Azerbaijan was clarifying “the positions and locations [of its armed forced] on the ground.”

Earlier in April, the de-facto authorities in Nagorno-Karabakh accused Azerbaijan of blocking natural gas supplies to the Nagorno Karabakh territory for the second time in one month, according to reporting by Eurasianet. The gas to Karabakh is supplied via Armenia, but the pipeline now transits through Azerbaijan-controlled territory which it regained during the second Nagorno-Karabakh war in 2020.

The first disruption was reported on March 8 and although it was reportedly restored on March 19, the supply was disrupted again on March 21. The disruption was caused by damage to a gas pipeline supplying Karabakh on March 5. “We have sufficient grounds to assume that during the gas pipeline repairs, the Azerbaijani side installed a valve that stopped the gas supply a few hours ago,” the de facto Karabakh government said in a statement according to reporting by Eurasianet. Baku has denied the accusations. In a statement issued on March 25, Azerbaijan Foreign Ministry said Armenia was “intentionally using the situation as an instrument of political manipulation,” blaming gas supply issues on cold weather and technical problems instead.

On March 26 Russia's Foreign Ministry issued a statement urging both Armenia and Azerbaijan to exercise restraint. The statement also referenced a Russian Ministry of Defense news bulletin, dated March 26, 2022, in which Russia's MoD said: “Azerbaijan’s Armed Forces have entered the zone of responsibility of the Russian peacekeeping mission in Nagorno-Karabakh and launched four strikes on the Nagorno-Karabakh armed formations, using a Bayraktar TB2 drone, near the village of Furukh,” accusing Azerbaijan of violating the November 10, 2020 ceasefire.

In its response, the Azerbaijan Ministry of Defense said the statement was one-sided, repeating official Baku's commitment to the joint ceasefire declaration.

On March 27, the Russian defense ministry said Azerbaijan withdrew its military presence from Farrukh, which was quickly refuted by the Azerbaijani Ministry of Defense, who confirmed that the positions remain unchanged. “We notify with regret that the Russian defense ministry’s statement of March 27 is untrue. The positions of the Azerbaijani armed forces in the village of Farrukh and nearby heights, which are an inseparable part of our country, are unchanged,” said the statement released by the Azerbaijan Ministry of Defense.

In a statement issued on Monday, March 28, the Armenian Foreign Ministry said it expected the Russian contingent of peacekeeping troops to take concrete steps to stop and secure the return of Baku’s forces to the original positions, reported Russian state-owned news agency TASS.

On March 29, Russian peacekeeping reserves were deployed in Karabakh in order to “block further advancement by the Azerbaijani army near the village of Parukh (Farukh),” reported OC Media.

Productive evening with @presidentaz and @NikolPashinyan with concrete and tangible results. Commitment to work on the preparation of a future peace treaty that would address all necessary issues.

Other issues that were discussed during the meeting in Brussels concerned finding a solution to the humanitarian problems, removal of mines, and restoring transportation links between the two countries. The European Council President Michel reaffirmed the EU’s readiness to provide advice and support in achieving these steps.

One country missing in the discussions this time around was Russia — nor there was any mention of the OSCE Minsk Group, co-chaired by France, the Russian Federation, and the United States, which hosted peace talks, known as the Minsk Process, since the first war in Karabakh.

According to Valiyev, this is directly related to Brussels taking an initiative in the region that has become more vital with Russia-Ukraine War. “The South Caucasus is important for the EU as it offers alternative energy and transportation lines. After the Russia-Ukraine War, the EU's need for alternative energy sources increased and the bloc started to attach more importance to the political stability in the region’s rich in energy resources,” wrote Valiyev. Despite Russia's absence in the most recent talks, Kremlin spokesman Dmitry Peskov did say that Russia welcomed the positive news,  adding that the process “will take a long time.”