The Supreme Court of Pakistan upholds the supremacy of the constitution 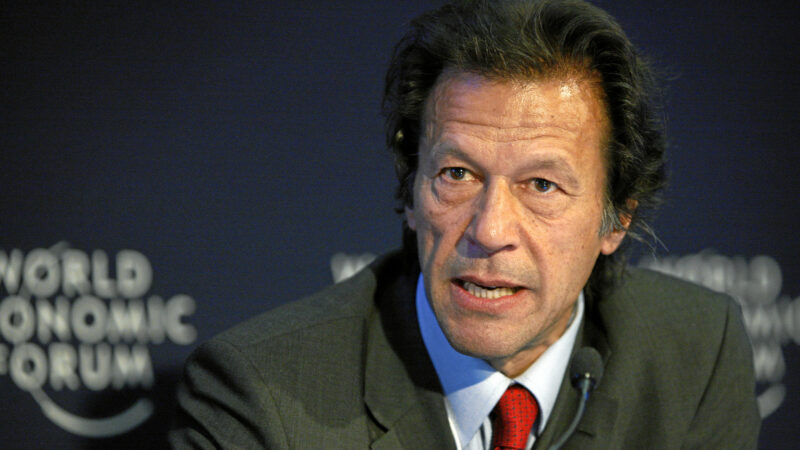 Imran Khan was removed as prime minister of Pakistan as he lost a no-confidence motion just before the clock struck midnight at the end of April 9, 2022. The opposition parties secured 174 votes in favour of the motion in the 342-member National Assembly.

This was the end of the drama that started earlier this year when the opposition parties started discussing a no-confidence motion against Khan and the ruling PTI, with some members of his alliance indicating they might swing. The no-confidence motion was tabled on March 8, accusing Khan of incompetence in handling the prevailing economic crisis. On April 3, Deputy Speaker Qasim Suri blocked the no-confidence vote in the parliament in a dramatic move, and Imran Khan requested President Arif Alvi to dissolve the National Assembly and call for new elections within 90 days. But the Supreme Court examined the legality of the moves and declared the dissolution of the parliament and all the subsequent steps as illegal on April 7, 2022.

Former cricketer Imran Khan became the prime minister of Pakistan in August 2018. He created the Pakistan Tehreek-e-Insaf (PTI) (Pakistan Movement for Justice) party, and it emerged as a major political party over the past two decades, with over 10 million members in Pakistan and abroad. In the July 2018 general elections, Khan's party had won 116 of the 269 seats giving them a majority. PTI formed a coalition government with smaller parties like Pakistan Muslim League (Q), Balochistan Awami Party, and Muttahida Qaumi Movement.

On March 6, 2021, Khan survived a trust vote after the defeat of his finance minister in a senate election.

Khan came forward with a letter in a public meeting on March 27, claiming that the no-confidence motion is a part of an alleged “foreign-funded conspiracy” hatched against the PTI government because of his refusal to have Pakistan's foreign policy be influenced from abroad. The military leadership told the National Security Committee (NSC) meeting on March 27 that there was no evidence to suggest the United States had threatened to be or was involved in the conspiracy to seek the ouster of the PTI government. The US said there is “absolutely no truth” in PM Imran Khan’s claim.

After deliberate attempts by the speaker to avoid the no-confidence motion, the opposition submitted a no-confidence resolution against Speaker Asad Qaiser on April 3 and the session was heard by deputy speaker Qasim Suri, who rejected the motion alleging “foreign conspiracy.” Later Khan advised the president to dissolve the National Assembly and call for fresh elections.

What happened on April 9

As per the Supreme Court of Pakistan's order at 10:30 a.m. on Saturday, the National Assembly was convened on a one-point agenda to table a no-confidence motion but the speaker Asad Qaiser was reluctant to comply with the court order and delayed the proceedings. Khan did not attend the session, but ministers from the government gave speeches, claiming the motion was a conspiracy of United States of America against Imran Khan and Pakistan and accused the opposition of being traitors. Meanwhile, the opposition pushed the speaker to implement the Supreme Court order to commence voting on the no-confidence resolution.

Rumours abounded that Khan was thinking of removing the Chief of the Army Staff Qamar Javed Bajwa. On the evening of April 9, viral news said that Bajwa went to meet Khan in his residence and Imran Khan ordered his sacking — but this was later denied by Khan. BBC Urdu carried a story on this, but ISPR refuted the piece by saying that “it was a pack of lies.”

Minutes before voting began, in the final hour of the day, the speaker and the deputy speaker resigned from their posts. The speaker requested former speaker Ayaz Sadique from the Pakistan Muslim League (N) to chair the session, and 174 members of the opposition voted in favour of the motion, which lead to the removal of Khan as prime minister.

After the successful voting, Bilawal Bhutto Zardari, the chairman of Pakistan's Peoples Party said, “welcome to the old Pakistan.”

Pakistan became an independent state in 1947; but the freedom struggle begins again today against a foreign conspiracy of regime change. It is always the people of the country who defend their sovereignty & democracy.

Shafqat Mahmood, former Federal Minister for Federal Education and Professional Training believes that it is a tragic day for Pakistan to lose a PM like Imran Khan:

Tragic day for Pakistan. An upright and fearless leader was targeted by known corrupt mafias and made to leave. No worries. Imran Khan will rise again as people of Pakistan stand with him and PTI

The nightmare for my beloved Pakistan is over. Time to heal & repair.
Pakistan Zindabad 🇵🇰
Nawaz Sharif Zindabad ♥️

This is a sad day for Pakistan!

Imran Khan was the greatest Pakistani PM. A true statesman who led the country out of militarized corruption & the darkness that was the “War on Terror.”

He’s a victim of circumstances beyond his control (inflation, stubborn economic hurdles etc)