A Pamiri woman speaks out about state oppression in eastern Tajikistan 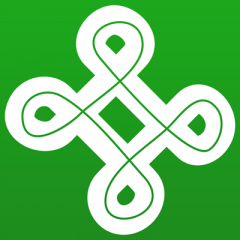 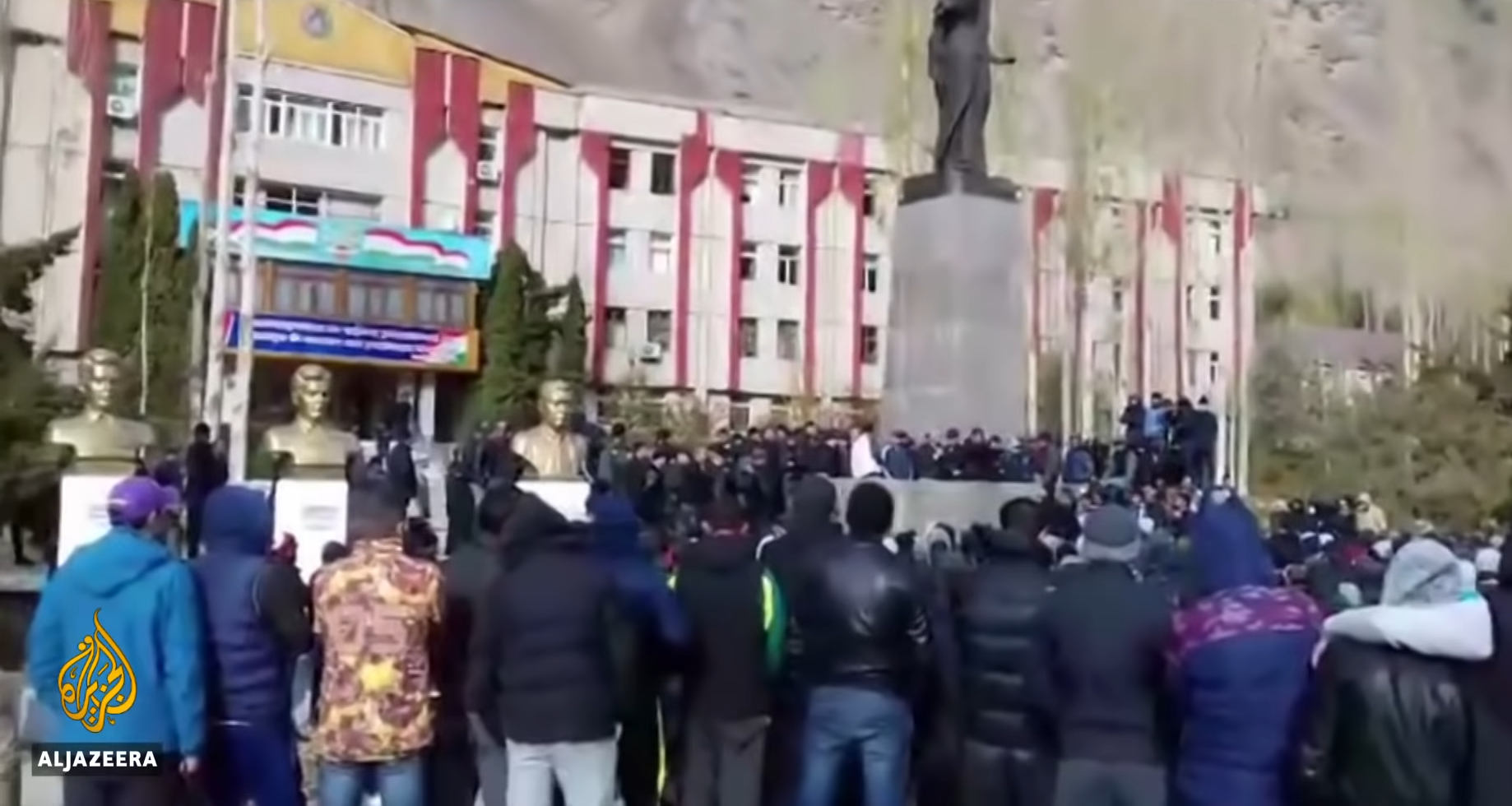 A scene from protests in September 2018 in Khorog, GBAO. Screenshot from the Al Jazeera English YouTube channel

On November 25, 2021, thousands of people gathered in the central square of Khorog, the capital of the Gorno-Badakhshan Autonomous Region(GBAO) in eastern Tajikistan, protesting the death of a 29-year-old Gulbiddin Ziyobekov at the hands of security forces in the village of Tavdem in eastern Tajikistan. On November 26, the security forces opened fire at the protesters, killing two people and injuring 17. The region, which borders Afghanistan, China and Kyrgyzstan, is the home of the ethnic Pamiri minority, who, unlike most Tajiks, belong to the Ismaili branch of Shi’a Islam. The following is a firsthand account of Noza, a Pamiri woman. In it, Noza describes her participation in the protests, which would eventually last for four days and claim two more lives in the region that for decades has witnessed violence and oppression.

When the protests began, Noza decided to leave the capital, Dushanbe, to travel to Pamir. She left without properly preparing for the trip or packing warm clothes. She just glanced at her children, who tried to prevent her from travelling there, but all in vain. That’s how Noza headed to Khorog, losing her bag and clothes en route. She shared her story with me after she returned to Dushanbe one month later.

I reached Khorog late in the evening, so that the next morning I could join the demonstrations. On the way, I encountered the security forces, who had cordoned off Somoni Square along the central street. At first sight, they all looked very scary with their helmets, bulletproof vests, and weapons, but soon I caught the confused look of a young man, who probably himself did not understand why he was standing there. I felt sorry for this poor soldier. Surely, they were still children and did not even contemplate why they had to stand there and fire at unarmed people.

Protests took place not so far from my house.  It was early in the morning, very cold, but there were already so many people. Some of them had smoke-blackened faces, as they had been burning car tires all night. I personally knew only a few of them, but suddenly I felt I was part of them, all united by grief over the murders of Gulbiddin, Tutisho, and Gulnazar, as well as for those severely wounded in hospital.

The bodies of the murdered lay at the rostrum. It was the last tribute to the young men who died at the hands of the security forces. A young man in a black knitted hat said to me:

This has been going on for so many years, so that without trial or investigation, young people with great potential are being shot, imprisoned. For so many years they keep people in fear, the elderly suffer blood pressure, heart attacks. After all, even the old-timers could not believe that in broad daylight the authorities could brutally murder a wounded man dragged along the ground by a rope around his neck.

People were climbing up to the rostrum one by one, they spoke and spoke, as their indignation seemed not to come to an end. In each speech, they called out the authorities, who were not present at the events:

I suddenly felt the pain of those people, I  shared the fate of the endless hardship and disadvantage in the Pamirs. All of them were exhausted by lack of opportunities, poorest socioeconomic conditions, unemployment, but nevertheless held their spirits high. Those desperate but brave people stood up at the protests and demanded answers from the authorities for all the lawlessness and inequality committed by the security forces with the connivance of the authorities in the Pamirs.

All of them spoke about justice, all determined to stand up until the end and fight for their rights, for the enforcement of law and order. A young man named Sharif was desperately, and not without anger, trying to convince all that it was wrong to kill people without trial and investigation, that Tajikistan is a secular, democratic and constitutional state.  Sharif could not contemplate that these were just empty words uttered by the governors, or even if he contemplated, he could not accept and get along with it.

There were many women at the protests. They were all standing next to their brothers, husbands, fathers, or sons, as they were aware that no one was immune from this kind of lawlessness. Anyone could be killed, anyone could be considered a criminal by the security forces without any investigation or trial. These women had swollen faces and eyes turned red from crying. I was thinking, “Who among the government cares that people are standing in such cold weather still waiting for their problems to be solved?” 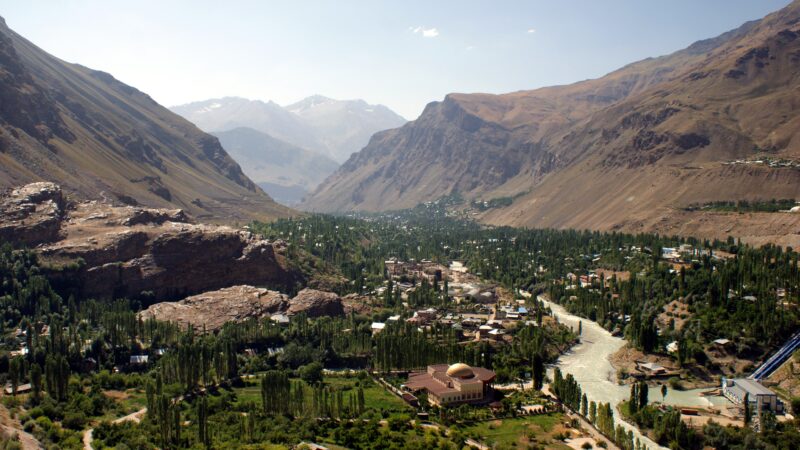 A view of Khorog from the Botanical Gardens. Photo by Kondephy via Wikimedia (CC BY-SA 4.0).)

More and more people were coming from Rushan [western GBAO], Ghund, Ishkashim [southern GBAO] to support the mothers whose sons had been murdered. I stood at the rally until late in the evening, as the men were urging me to go home. It was -8°C . Those who stayed there all night lit fires to warm up.

Although it was still dark, I was already heading to the square at 5:00 a.m. the next day. I could not sleep at all that night, as the security forces were threatening to attack the people there. However, in the square everything was going at the same pace and more women started coming.  Someone said the governor would come out to speak to the protesters that day. The young people, who were volunteering throughout the protests, were asked to clean the square of stones and rocks, although it was clean anyway. Before, people were warned hundreds of times not to react emotionally when he came out.

Like anyone else, I was expecting the governor to apologize and hug the mothers who had lost their sons, and console them. However, the governor and his people all came out well-groomed, standing at the rostrum so imposingly and arrogantly. People in the crowd started chanting: “Resign! Resign!” I, too, was really shocked to hear something totally different from what we all expected.

I do not remember the exact words of Alisher Mirzonabotov, the head of the region, but the main message was that while we were all rallying here and blocking the roads, cars could not pass through the city, which caused the prices of the products in the market to rise. He urged all of us to go home, and clear the roads, so that cars can pass through. Soon, the crowd was scolding Mirzonabotov. I saw rocks flying towards him, while a very young boy, a volunteer, was crying from the rostrum, saying they had cleaned the square, wondering where they got the rocks.

I thought that governors are in no way capable of communicating with the people. I saw the officials leaving the rostrum in a rush. The angry crowd hit Mirzonabotov twice, as well another of the officials. Then, a woman from the crowd stood up in front of Mirzonabotov. She put him behind herself, stopped everyone, and said:

This is not why we have come here.

Suddenly, a loud crack was heard. At first, I could not get what was going on, as I was just looking at the confused face of a man next to me, but then I understood that they were shooting. A woman shouted:

Do not run! Stay where you are!

I saw the officials running towards the Hukumat [government] building, a safer place for them to be. Then, I was pushed to the ground. I saw many people lying down on the ground and thought that nobody would be left alive.  They were shooting from all sides and I thought it would be so sad and painful that I wouldn’t see my children anymore. Then, suddenly, they stopped shooting.

People started standing up and came to their senses. They started helping the injured, those with high blood pressure and heart disease, in any possible way until the ambulances came. Like everyone else, I was helping people, who had a hard time contemplating the shooting at unarmed people. The same thought swirled in my head: “Why? Because of what?  Why did they shoot? Why are the officials so distanced from their people, so that they cannot understand their pain and suffering? How can I help the people? Who is going to help the people?”