'A misogynist, machismo culture has been inculcated into many men' 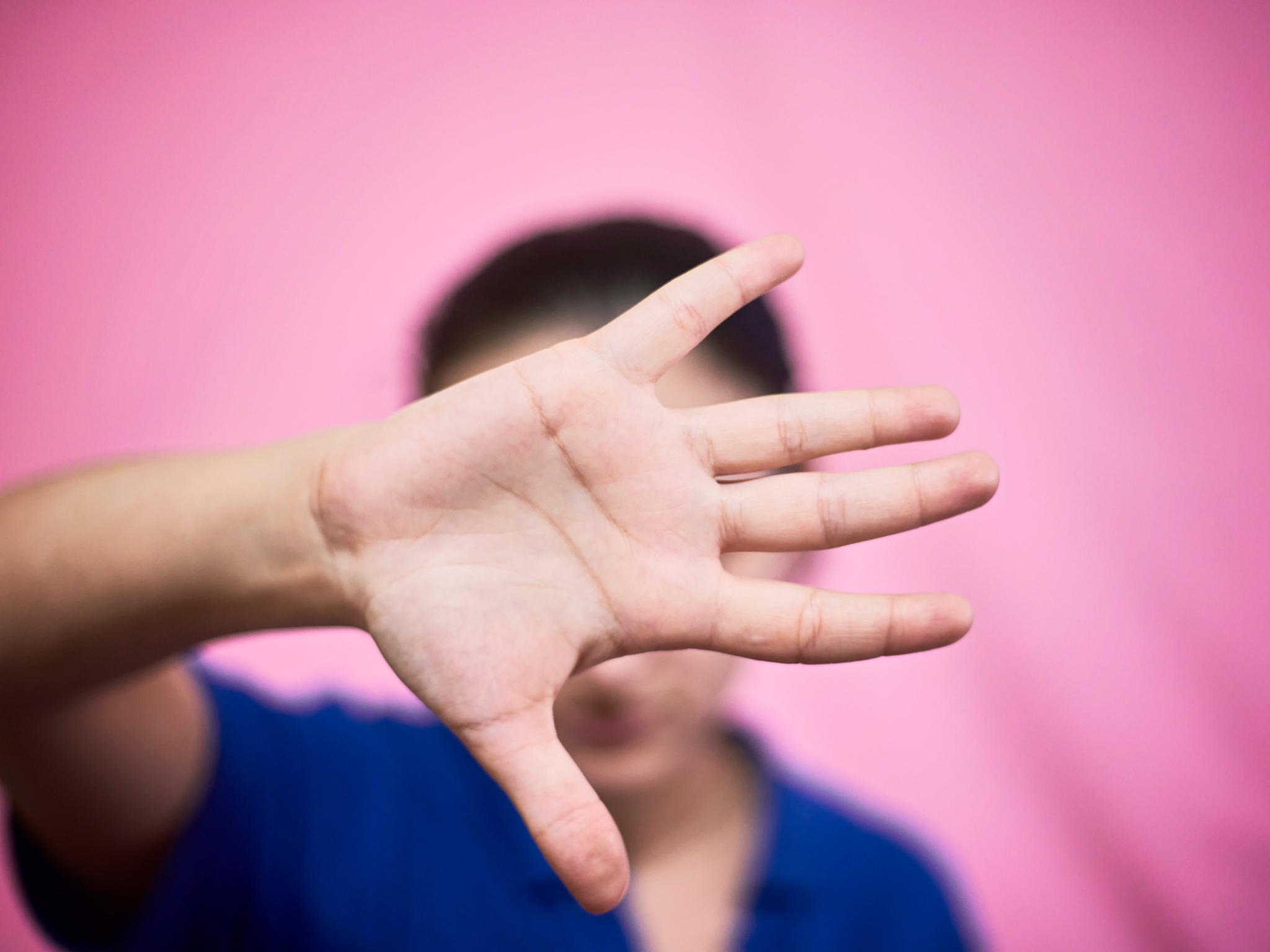 Image of woman attempting to shield herself from domestic abuse; free use via Canva.

On April 1, Amar Deobarran, a primary school teacher in south Trinidad, acted on the threats he had been issuing against his wife Omatie, murdering her at their home in front of the younger of their two children, then taking his own life. The couple was on the verge of divorce after Deobarran fathered a child outside of the marriage.

The murder/suicide has once again drawn attention to the plague of domestic violence in the country. In May 2021, a similar incident took place when 47-year-old Anna-Marie Diaz was beaten to death by her common-law husband who later killed himself. Even more recently, this past February, 30-year-old Vashti Suraj-Sookram was attacked by her husband, who thereafter took his own life. Suraj-Sookram was seriously injured, but survived.

Instances of domestic abuse have been on the rise since the start of the COVID-19 pandemic, especially earlier on, when there were stricter lockdowns. However, in the wake of a double suicide on March 19, one local psychiatrist, Dr. Varma Deyalsingh, predicted an increase in suicides and depression as part of the fallout from the pandemic.

Social media users were vocal about the issue. On some comment threads, people expressed concern about the trauma of the children who witness such acts of violence, while others pleaded with women in domestic abuse situations to seek help.

It was a sentiment echoed by police commissioner McDonald Jacob, even as he revealed that “domestic violence and these family situations have been occurring over and over.” Jacob said due to the rise in domestic violence cases, the Special Victims Unit of the Trinidad and Tobago Police Service (TTPS) has hired civilian staff to assist:

We have a problem and we need to deal with it. […] We have something inherently wrong in society […] serious challenges in communities and within families.

[T]he authorities like to make statements after the fact but you all only talk no action.
There needs to be a change in attitudes and behaviour of those in authority and the process. […]

When you seek out help from the Police they make inappropriate remarks and silly responses […] and when your abuser [has] friends in the police station worse yet. […]

And people who like to comment and say leave…Leave and go where??? […]
There is no help from authorities. […]
The law / system seems to favour criminals and abusers.

Counselling and other forms of support are available for victims of domestic abuse via the National Family Services Division and other related agencies, such as the Coalition Against Domestic Violence. There are also various shelters throughout the country. However, Facebook user Anessa Hamilton Legen suggested that sometimes, timely access to such services can be mired in bureaucracy.

Other netizens, meanwhile, surmised that the scourge of domestic violence was rooted in “a misogynist machismo culture which has been inculcated into many men even enabled by their own mothers”:

They see a woman as a possession and piece of property not as an individual and someone else's daughter, sister or loved one. They seek control and dominance and their egos are easily bruised.

On the heels of this latest femicide, non-governmental organisations like the International Women's Resource Network (IWRN), are pressuring the government to work with the country's civil society in order to improve the support processes for domestic violence, and newspaper editorials have been calling for better state support and accountability.

There is no doubt that the issue is a multi-layered and complex one, but for Michelle Denise R-Singh, one particular aspect of the public discourse is “deeply disturbing”:

In many posts, it is being suggested that the victim in some way, is at least in part responsible for her own brutal murder. She talked back. She was quarrelsome. She liked bacchanal. She did not help out financially. She did not leave the home after filing for divorce. She talked about her husband's indiscretions. I read one post where the person basically said if she had stayed in her lane, this would not have happened. […]

As a mother who is trying to teach her daughters to stand their ground, to speak up, and to speak out, to know that many people support this sentiment is beyond scary. […] NOTHING justifies the rhetoric that this woman was any less a victim because she did not take the path that you would have taken. This goes so deep, and is such a dangerous way of thinking. I am shocked, saddened, and angry that all these years later, we are still here, marking time on the graves of countless women who deserved so much more from us as a people.