The Kuti clan protesting through music, and other Nigerians who sang against apartheid 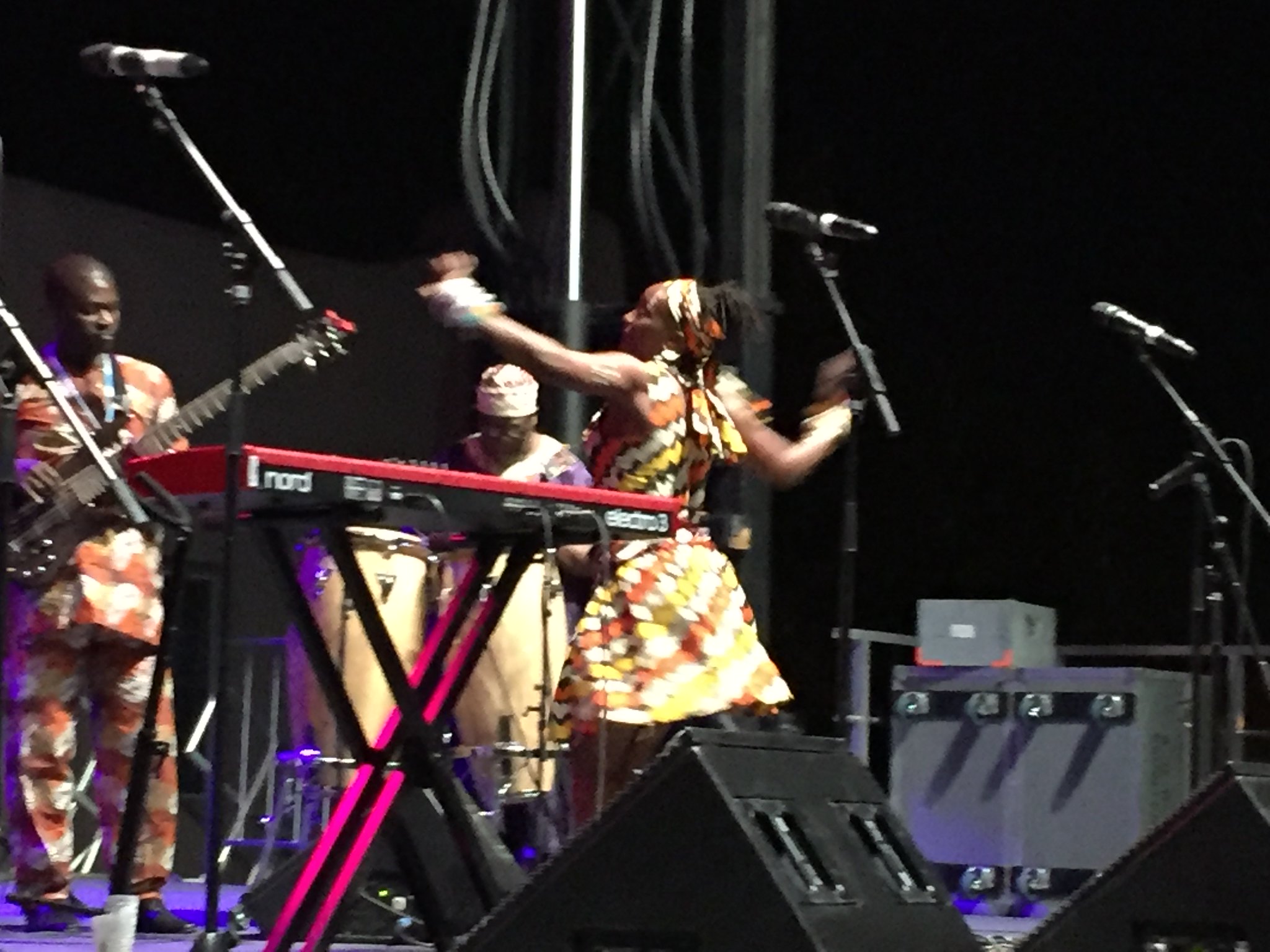 Nigerian musicians have been very vocal about social injustice in the country. The term protest music as a genre, which gained popular cultural validity in the 1970s, has continued to date. These songs fought military dictatorship, apartheid in South Africa, and police brutality, as part of the youth-led #EndSARS protests.

The father of Nigerian protest music 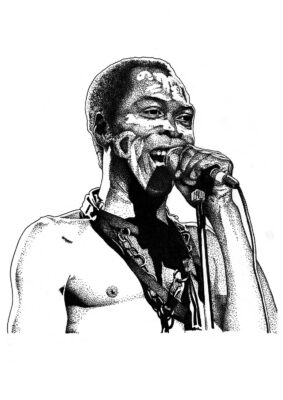 Fẹlá Aníkúlápò Kútì (1938–1997), the father of protest music in Nigeria, employed his distinctive Afrobeat genre with lyrics that were replete with “sarcastic humor, rebellion against authority, and political consciousness” as a means of fighting social injustice, notes Titilayo Remilekun Osuagwu, a culture scholar in Nigeria’s University of Port Harcourt.

Fẹlá’s genius lied in his conceptualization of the root causes of oppression. That's why his music has remained — to date — a powerful tool in the “sustenance of ongoing protests,” asserts Olukayode ‘Segun Eesuola, a political science scholar in Nigeria's University of Lagos. In the course of his over three decades-long musical career, he heightened the political consciousness of generations of Nigerian citizens. However, this attracted brutal visitations from security agents of successive Nigerian governments.

Understandably, most of Fẹlá‘s music was directed against the excesses of successive military governments in the country. Nigeria was under military dictatorship for 29 years (from 1966 to 1979 and 1983 to 1999).

READ MORE: Banned songs from Nigeria and Uganda which represent the voices of the people

At the time of his death in 1997, Fẹlá fiery musical body of work had earned him a place “in global consciousness as a quintessential ‘political musician,’” asserts Tejumola Olaniyan, professor of African Languages and Literature at the University of Wisconsin-Madison in his seminal book “Arrest the Music! Fela & His rebel art and politics.”

Fẹlá's two sons, Femi and Seun, have inherited and “carried forward” their father's passion for social justice through music. 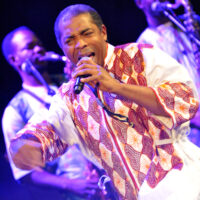 Femi Kuti, Fẹlá's eldest son, is an accomplished Afrobeat musician and saxophonist in his own right. Femi's songs like “Sorry Sorry“, “What Will Tomorrow Bring” and “'97” — do not spare Nigeria's corrupt and incompetent rulers. For instance, in “Sorry Sorry”, Femi laments the hypocritical attempt by the ruling elites, who in secret destroy the nation but pretend at finding solutions in public:

Politicians and soldiers hold meetings/they want to repair our country/ they behave as though/ they don't know/ that they are the ones who spoilt our country.

Femi, a multiple Grammy nominee, is as brash and impatient as his late father. In an interview with Vanguard, a Nigeria newspaper, in February 2011, he decimated Nigeria's corrupt class: “It is very evident that things are very bad in our country; politicians keep stealing money, we don’t have good roads, proper education, and potable water and so on. I can’t accept that. The majority of Nigerians are suffering. I don’t accept this and my father showed us a way to complain through music and that is what I am doing.” 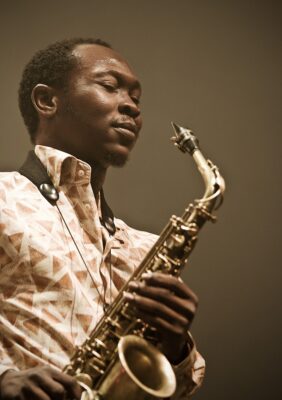 Fẹlá's youngest son, Seun Kuti is a musician and social justice advocate. Seun was an active participant in the 2012 #OccupyNigeria protests against the gas price hikes. He was also involved in the 2020 #EndSARS protests.

Seun has been described as the “Prince of Afrobeats,” in the footsteps of his father, the king of Afrobeat. Toyin Falola, Nigerian historian and professor of African Studies further asserts that: “Seun’s alignment did not start recently. He showed an early interest in music, especially the type of music his father sings, and he started to perform alongside Fela and the Egypt 80 band when he was just nine years old. It would not be out of place to call that a prodigious act.” 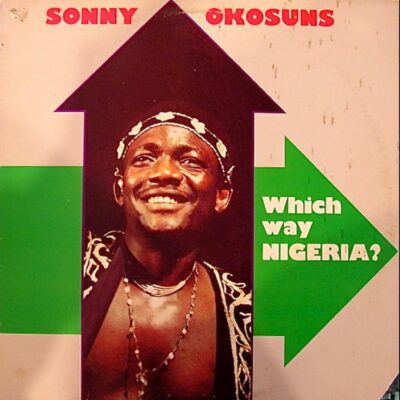 Critical music against political leadership was not limited to military dictatorship alone.

Nigerian musicians like Sonny Okosun, Majek Fashek, Onyeka Onwenu — and many others —  also protested against apartheid in South Africa, calling for the release of Nelson Mandela.

Following in Okosun’s footsteps was Nigeria’s guitarist and reggae star, Majek (Majekodunmi) Fashek (1963-2020) dedicated his song “Free Africa, Free Mandela” to South Africa’s Nelson Mandela, whom he described as a prisoner of conscience. 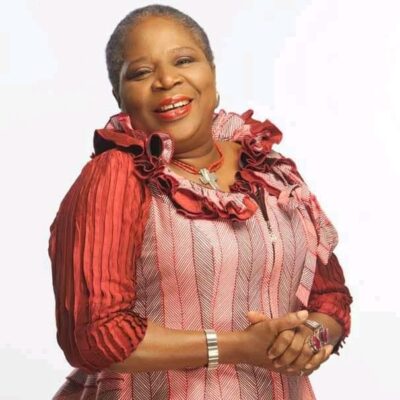 However, one of the most endearing and emotional protest renditions against apartheid came from Nigeria’s singer, actress, and journalist Onyeka Onwenu in her song, “Winnie Mandela.” Onwenu described Winnie Mandela as the “soul of a nation, fighting to be free!”

Onwenu explained that she wrote the song after watching a documentary about the Mandelas, which moved her to tears. She “identified” with Winnie’s “loneliness and some of her pain.” During the sleepless night that followed, the Nigerian musician put her “pain to a song” to “give something back to Winnie for the sacrifice of her life to the Apartheid struggle,” Onwenu wrote in April 2018.

Other Nigerians who sang against the social injustice of apartheid were Victor Essiet and the Mandators in the song “Apartheid.”