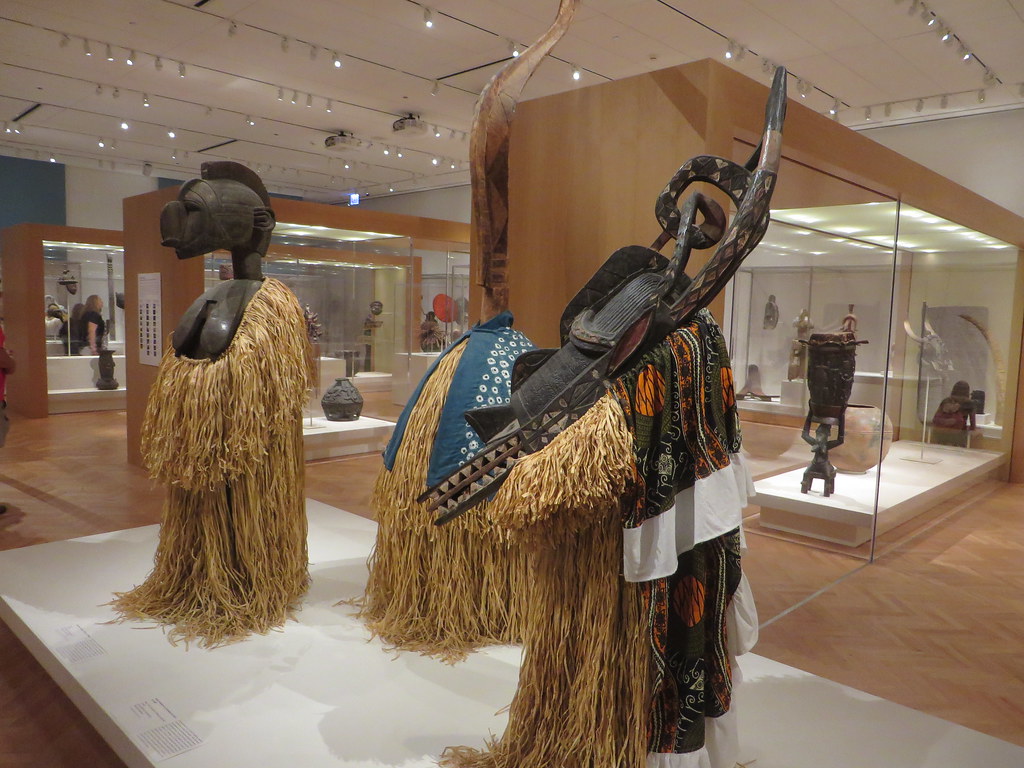 A recent conference stirred up an often overlooked aspect of the debate on returning Africa's stolen cultural artifacts: the importance of audio and visual material.

Over 90 percent of the material cultural legacy of sub-Saharan Africa remains preserved and housed outside of the African continent, experts believe. Since as far back as 1944 when descendants of the former Toucouleur Empire began demanding the return of thousands of pieces of significant cultural heritage to their community including the saber of their founder, El Hadj Omar Tall, there have been calls and ongoing debates on the return of many stolen African  artifacts still held in the collections of Western museums.

What started off as a niche debate among certain circles has since entered the public domain. Now, calls are mounting from Africans in the continent and in the diaspora for restitution — the process through which objects stolen by colonial powers can be returned to their communities of origin — as well as repatriation — the process by which stolen or looted cultural materials are returned to a nation or state at the request of a government.

Tangible materials have taken centre stage in the debate, overshadowing the large repository of audio-visual materials kept in European archives.

The pilferage of Africa’s cultural heritage during the colonisation era was not only limited to sculptures, trinkets, and other tangible cultural items. It also extended to sound and visual recordings.  However, unlike the artifacts, few organisations, communities or governments have prioritised their call for the return of the rich archival film footage and audio recordings taken during the colonial period.

“Our culture will not grow if we don’t have access to this aspect of our cultural heritage beyond the sculptures and artefacts.” Dr. Nyairo

This quote by Dr. Nyairo — a cultural analyst, independent researcher who works on cultural memory projects, and the author of Kenya @50 sums up the deliberations of a two-day cultural event that was organised by the British Council in Nairobi recently.

“We don’t talk about films, field recordings. We must also pay attention to Sound and visual recordings and start advocating for the return or sharing of these recordings as well. Our culture will not grow if we don’t have access to this aspect of our cultural heritage beyond the sculptures and artifacts.” Dr. Nyairo noted.

Dr. Nyairo was the keynote speaker at this year's annual Culture Grows symposium, where the theme was ‘Decolonisation & Cultural Heritage in Africa.’

(the full footage of day 1 of the two-day event)

In 2015, a 65-year-old audio recording of a song called “Chemirocha,” sung by a group of young girls from the Kipsigis community in Kenya’s Rift Valley was returned to its home where it was first collected. It is among thousands of field recordings made by ethnomusicologist Huey Tracey — a British emigrant who arrived in Zimbabwe in 1921. He together with his wife Barbara Tracey, traveled across Africa doing field recordings of traditional folk songs. Between the 1920s and the 1970s, they made over 35,000 recordings of African folk music.

He later founded the International Library of African Music (ILAM) — the largest repository of African music in the world which preserves thousands of historical recordings going back to 1929.

Sadly, similar stories to that of Chemirocha — that tell of the successful and joyous restitution of Africa’s audio or visual heritage are hard to come by.

The hardest part of this process of restitution has been knowing who is holding what, and where, noted Jim Chuchu and Njoki Ngumi from The Nest Collective while speaking to DW. Their initiative, the International Inventories Program, has built a digital and online database of 32,000 Kenyan cultural items held in the “Global North.”

“We felt it was important, because how can you ask for things if you don't know what they look like and where they are?” said Jim Chuchu to DW

The Sampling generation: How do we use what we get back?

As Dr. Nyairo urged the restitution debate and initiatives to also demand and find ways around the technological challenges of sound and video recordings, her speech sought to focus beyond their return.

“When we retrieve, we have a thousand opportunities to sample, revise and remix as we create again. That is how culture grows.”

Her argument leans towards the submerging of these copious amounts of video and audio footage because, as she argued:

“Culture is not static. Culture leans back to pick from the present. Not to bury itself in purity.”

Her caution not to bury culture in purity resonated with calls by other speakers at the cultural forum.

“The museum as we've known it was a colonial construct. The new digitized museums are a deconstruction of the concept of what the future for museums is and how functional it should be to our everyday reality” ~ Carolyn Mwenda of @museumsofkenya #CultureGrows pic.twitter.com/QAdbLpGUCM

As she further explained, restitution ought to have a more functional role than Africa earning the bragging rights for the returned items. She saw the great viability that sampling, remixing, and revising have to feed Africa’s creative sector.

“Our creative sector will not grow merely by freezing material things in museums and inaccessible archives but by opening them up for reinterpretation to fit into our current context.”

Indeed, her argument is one that has already been demonstrated by creatives and cultural practitioners to be the most viable way forward. African ethnomusicologists and artists have been fusing archived African folk songs such as the ones collected by Huey Tracey with modern music.

This is the only way that the restitution debate will make sense to the new brand of young African creatives — who have borne the biggest brunt of the erasure of their history — as they decolonise, assert their own agency, and seek to forge a better future for themselves.

Unlike artifacts whose functionality and value do not depend on the medium they can be accessed through, visual and sound recordings are subject to the vagaries of technology. One of the biggest challenges for this heritage is the ability of those to whom it is returned to use it in its current format, as most of the technologies have since become obsolete.

The race to restitute Africa’s audio and visual heritage is a race against the footage becoming unreadable, rendering it virtually extinct. In the meantime, African governments and institutions jump through countless legal and political hurdles erected by Western governments against the smooth return of these artifacts.