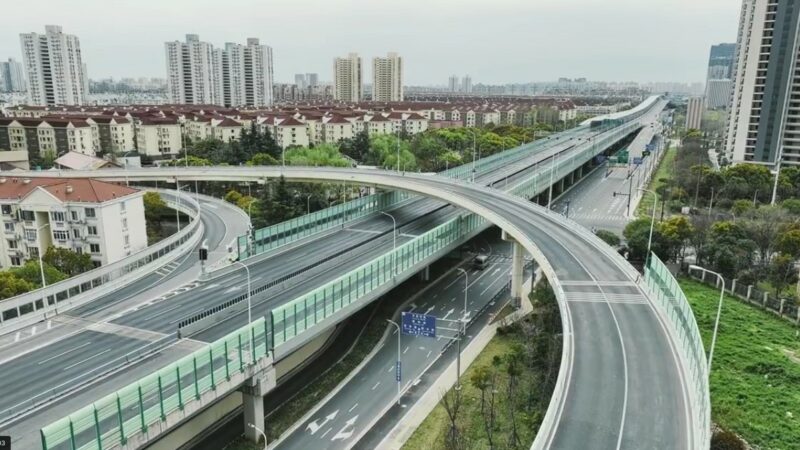 After two weeks of soft lock-down under the pandemic control strategy of “Precise Prevention and Control,” Shanghai, home to 25 million residents, started a two-phase shutdown as the city’s public health system is on the verge of collapse and the number of confirmed Omicron cases has continued surging.

Many believe that the decision for a large-scale lockdown signifies the failure of the Shanghai model, a middle path between the zero-COVID-19 and living with COVID-19 strategies.

As China’s domestic financial center, Shanghai had been avoiding a complete shutdown of the city despite the outbreak of Omicron. Instead, the city has adopted a Precise Prevention and Control strategy which involves district-level massive testing and lockdowns. The rationale is to control the outbreak scale and prevent the collapse of the public health system.

However, on 27 March, Shanghai officials announced that they were splitting the city into two big districts, each of which would be locked down for 5 days. All public transportation would be suspended and residents had to go through rounds of testing during the lockdown period.

Plenty of food but not enough delivery brothers

Until recently Shanghai authorities did an A+ job. They still are but there are ways of improvement to calm public pic.twitter.com/l7vySGJuK3

The following morning, the city’s officials released that the number of confirmed cases on March 27 reached 3500, a record high.

Rumours about the citywide lockdown had been circulating for a few days, but the authorities denied then and arrested two individuals.

The city’s health care system was on the verge of collapse as the outbreak has affected medical care for non-COVID-19 patients. There has been an outpour of rage on social media following the death of a nurse who died from asthma after she was turned away from medical service in her own hospital’s emergency ward.

Opinions regarding Shanghai’s lockdown are divided. Some believe the protocol of zero-COVID-19 strategy is the only way out of the chaos, pointing to the success of Shenzhen’s citywide lockdown in comparison with Shanghai’s Precise Prevention and Control approach. Twitter user @limingchu998 shared a figure comparing the number of confirmed cases between March 12 and March 25. After the citywide lockdown, Shenzhen’s number of confirmed cases had been suppressed to a single digit:

The effect of citywide lockdown is obvious. Both cities are well-developed with top-level city management ability. The epidemic is like a mirror reflecting the cities’ performance. In addition to management, it is also about the level of obedience. The so-called precise prevention and control have lost control.

Yet, some have pointed out that the cost of citywide lockdown in first-tier cities is huge and unsustainable. Veteran Chinese journalist @rongjian1957 tweeted:

The top authorities said China had to combat the outbreak with minimum cost. The economic cost of a 3-day lockdown in Shenzhen is about RMB 60 billion yuan [approximately US 95 million dollars]. During the 3 days, 643 cases were identified, of which 21 percent were asymptomatic, 72 percent were mild cases, 7 percent demanded medical attention. There were zero heavy and death cases. On average, the city spent about RMB 60 million to identify a positive case. This is the minimum cost.

The social cost of a citywide lockdown is huge too. While the majority of districts in Shenzhen have been reopened, a few that had not reached the zero case target had been locked down for more than two weeks and residents were desperate. A video posted by @kamogawaryouma showed angry residents charging against the quarantine team and breaking out a lockdown in one of the districts :

Since Omicron has found its way to China, a number of Chinese medical experts have expressed the view that China needs to explore a middle way in combating the COVID-19 outbreak given the huge economic and social cost of the current control model.

Shanghai’s Precise Prevention and Control model is considered an experiment on such a middle way approach.

However, Shanghai’s experiment has faced a lot of political pressure as its failure in suppressing and containing the outbreak has affected neighbouring cities and provinces.  In addition, some pointed out that the Shanghai model would not be able to apply to other provinces which have less advanced city management and public support systems.

Hence, some interpreted the decision of two phrase lockdown as indicating a failure of the Shanghai experiment. A few of them denounced the existence of a middle way pandemic control approach. For example, a Weibo commentary, which criticizes Hong Kong and Shanghai COVID-19 control models, says:

The idea that once China adopts the living with COVID-19 strategy people can restore their normal life and live happily after is just an illusion. It will only lead to a surge of confirmed cases and deaths which would strike society hard. The U.S has paid the price of 1 million lives, how many lives does China prepare to pay? This is a path of no return, once we loosen the control, we can’t return back to zero.

Now that Shanghai is back to the zero-COVID-19 model with the two-phase citywide lockdown, it is likely that China will continue to implement strict pandemic control measures across the country in the foreseeable future.