The film contains many references to Colombia, its culture and traditions 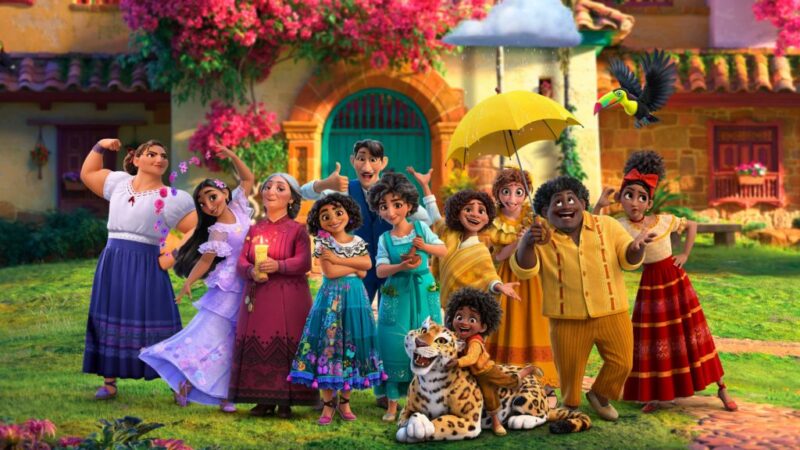 The Madrigal Family. Photo from Disney, found on Wikimedia under fair use.

A few months after its theatrical release, it is safe to say that Disney's latest film “Encanto” has been a huge success in Colombia. Although Disney films have for a long time been associated with princesses and fairy tales, “Encanto” is a film that Colombians can feel proud of, thanks to the great lengths the filmmakers went to in researching Colombian traditions and culture.

“Encanto” tells the story of a matriarchal family living in a magical house in the heart of Colombia. Each family member has a magical gift, such as strength, predicting the future, and healing. Everyone, that is, except the granddaughter of the family matriarch, Mirabel Madrigal, who is trying to figure out her place in the family.

The film's two directors, Jared Bush and Byron Howard, have been researching Colombia since 2016 alongside a Disney committee. 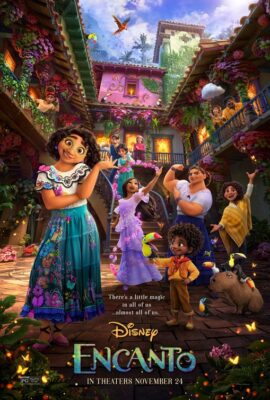 Poster for the Disney film ‘Encanto.’ Photo owned by Disney, found on Wikimedia. Fair use.

They were also advised by Colombian experts, including anthropologists, botanists, architects, musicians and linguists. What's interesting is that the Spanish dubbing of the film was done by an almost entirely Hispanic cast, which included Colombian singers and actors such as Carlos Vives, Sebastián Yatra and Maluma.

The inspiration for the film lies in all the beautiful yet relatively unknown aspects of Colombia. Even Colombians themselves are amazed by the film's fanciful magical realism, which is in the style of the Colombian writer and winner of the Nobel Prize in Literature, Gabriel “Gabo” García Márquez.

The film's use of cumbia, salsa and various songs invites us to view Colombia as a multicultural country, which is evidenced in traditional symbols such as the accordion, the ruana, the Wayúu mochila bag, the espadrilles, hats and other traditional costumes. Below is a video of the famous Colombian singer Rubén Dario Salcedo.

“Encanto” also features an ethnically diverse cast of characters, all with a variety of skin tones and eye colours, heights, facial features and hair types.

In terms of sport, the film features some local favourites such as tejo (a traditional Colombian sport in which metal discs are thrown 20 metres to a target that explodes when hit) and football. What's more, the character of Luisa Madrigal is a tribute to the weightlifter María Isabel Urrutia, who won Colombia's first-ever gold medal at the Sydney Olympics in 2000. Luisa's muscular figure could also be a homage to Fernando Botero, the painter and sculptor from Antioquia. 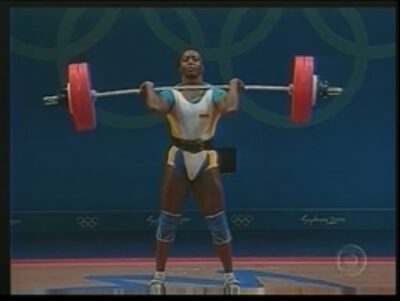 As for Colombian popular culture, several common superstitions are seen in the film. Bruno is seen throwing salt over his shoulder, as it is commonly believed that this provides protection in the face of difficult or risky situations. The gossip culture is reflected primarily in the character of Dólores Madrigal. In Colombia, it is common to hear people from all walks of life spreading rumours and gossiping.

The wide variety of cuisine, represented by several Colombian regions such as the Coffee Triangle, the coast, and Bogotá city centre, is shown in ceramics painted and manufactured in the town of El Carmén de Viboral, in Eastern Antioquia. The town is known as the “cradle of handmade ceramics” and was declared an Intangible Cultural Heritage in 2020.

Screenshot of a craftswomen at work in El Carmén de Viboral, at Comercial Vivoral Cerámica/YouTube

The film contains references to coffee, arepas, corn, buñuelos, ajiaco (chicken and potato soup), as well as herbs and their medicinal benefits, as shown in the character of Julieta Madrigal, Mirabel's mother, who keeps medicinal plants in her pockets.

The film succeeds in portraying a megadiverse country in which the flora and fauna mingle amongst the richness of the masterfully detailed Amazonian landscape. The mountains surrounding the village of Encanto also appear to be inspired by the Cocora Valley. 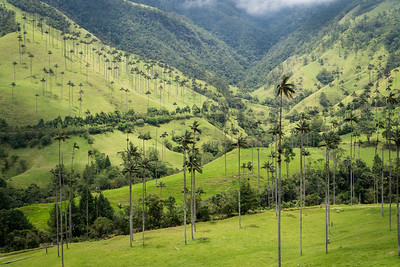 The Cocora Valley. Photo by kzoop on Flickr (CC BY-NC-ND 2.0)

Mirabel Madrigal wears an orchid, Colombia's national flower, in her hair. Isabela Madrigal, Mirabel's sister, has the ability to make flowers bloom at will, which is also referenced by the flower displays and palm trees that surround the house. These flower displays, called silletas, are made by farmers in the village of Santa Elena using wooden frames as the basis for their floral arrangements. The frames are fitted with a rope so that the farmers, called silleteros, can carry them on their backs. These displays are exhibited at the annual Flowers Festival in Medellín to commemorate the way in which farmers loaded flowers on their backs and walked long distances in order to sell them in Medellín city centre.

Animals featured in the film include macaws, donkeys, capybaras, jaguars, hummingbirds. The yellow butterflies appear to be a homage to the Nobel Prize for Literature winner Gabriel García Márquez, as they feature in his novel “One Hundred Years of Solitude.” 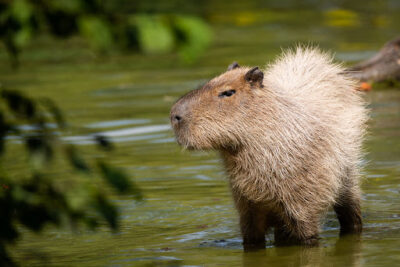 A capybara. Photo by Cloudtail the Snow Leopard on Flickr (CC BY-NC-ND 2.0)

Nevertheless, I personally think that they could have included more interaction with some of the Madrigal family's neighbours or the surrounding area in order to illustrate the country's social problems. The film does, however, show at the beginning that the Madrigal family was displaced by violence, which is credible given that Colombia is the country with the most internally displaced persons in the world.

The film is inspired by an optimistic view of Colombia in which everything is in abundance, while in contrast, statistics from a report by the Food and Agriculture Organization of the United Nations (FAO) show that a very large percentage of Colombians suffer from hunger.

The truth is that “Encanto” (which is Spanish for “charm”) is quite literally charming. Everyone who watches it will have the chance to relax and enjoy the emotional impact, whether that is admiration, laughter, anger or tears. More than anything though, the film inspires us to dream because it captures this positive and beautiful version of the country that we Colombians have always wanted to have and to show off to the world.