What does Russia’s history of urban warfare in Aleppo and Grozny mean for Ukraine? 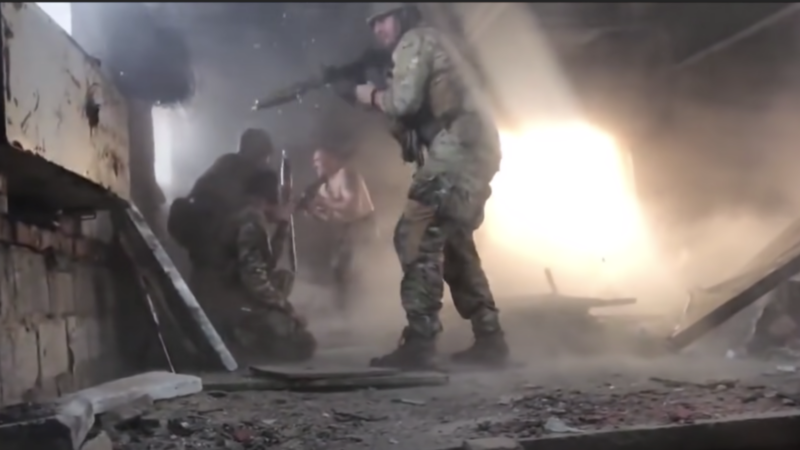 As the Russian invasion of Ukraine drags on, the conflict has increasingly focused on urban hubs. The cities of Mariupol near the Black Sea and Kharkiv near the Belarusian and Russian border have been fully surrounded by Russian forces, facing hourly bombing campaigns for weeks. The 350,000 residents of Mariupol have been fully besieged without food or water.

The capital of Ukraine, Kyiv, has been under attack from the start of the invasion on February 24, 2022. On March 8, Russia opened a second front on the capital from the northeast, attempting to surround it fully. As of March 19, six million people have been internally displaced and 3 million people have left the country.

Russian military maneuvers are evolving from slow ground movements across the country to aggressive urban warfare. Fighting is increasingly moving away from the command of critical supply routes to the control of key neighborhoods. Reports have indicated that Russia is already recruiting Syrian and Chechen fighters skilled in urban warfare, in anticipation of battles for city centers.

It is likely that fighting within Ukraine’s major cities will significantly delay the Russian offensive. In 2016, the Iraqi army, with 100,000 soldiers, took more than eight months to capture Mosul, a city with a few thousand Islamic State fighters. In 1994, 60,000 Russian troops spent five months in Chechnya attempting to occupy its capital Grozny.

If Russia’s previous urban offensives are indicative of a larger pattern, the combat in Ukraine’s cities will lead to massive casualties, starvation, and failure of most humanitarian convoys. Russia could again weaponize refugees, use illegal munitions, or rely on tactical nuclear strikes on key infrastructure to pressure full surrender. Regardless of the methods, Russia’s invasion of Ukraine will continue to exacerbate one of the worst humanitarian crises in Europe since World War II.

Several international military and policy experts are concerned that Russia’s assault on Kyiv will resemble fighting in Chechnya and Syria. Michael Kofman, an expert on the Russian military at the Center for Naval Analyses noted “But I'm fairly concerned that that might actually turn into some smaller or lesser version of Grozny.”

In 1994, despite expectations of a quick victory, 60,000 Russian troops spent five months in Chechnya attempting to occupy its capital Grozny. Pavel Grachev, Russia’s Minister of Defense from 1992–1996 predicted that Russia could take Grozny, a city of 490,000, in under two hours with just a few paratroopers. Before the invasion, Russia predicted that Chechens would not resist, but instead would welcome the invading troops.

Here Russia broke one key rule of propaganda: lie to others, not to yourself. Take this telling example: In a regiment of the 90th Tank Division, 49 out of 56 platoon leaders had just graduated from the academy; half had never fired a live round with their tanks. Many had been told they were going on a training mission, not a military intervention into Chechnya.

On New Year's Eve 1995, Russian troops surrounded Grozny from three sides and began the invasion from the north. After heavy losses in Russia’s “Maikop” Brigade in the early days of the invasion, the army started primarily relying on artillery support. For 20 days and nights, bombs covered Grozny, often more than 3,000 strikes per hour.

When Russian troops did enter the city, they were not prepared for urban warfare, which led to rampant incidents of fratricide. The overlapping layers and boundaries of Grozny gave a clear advantage to the defending troops familiar with the buildings, neighborhoods, metros, and sewer systems. Chechens had removed or shuffled around street signs, and boobytrapped doorways and bodies of soldiers.

In the Journal of Military Medicine, Major General V. S. Novikov noted that after four months of fighting, “72 percent [of soldiers] had some type of psychological disorder (46 percent exhibited asthenic depression symptoms — insomnia, lack of motivation, anxiety, neuro-emotional stress, or tiredness — and the other 26 percent exhibited psychotic reactions such as high anxiety or aggressiveness, a deterioration of moral values or interpersonal relations, and excitement or depression).” The symptoms were exacerbated the longer a soldier stayed fighting in the city. The war also exacted lasting damages on the city’s children. One physician during the war pointed out the children “have become more aggressive, nervous, cruel.”

While the Russian military has significantly changed and modernized since the 1990s, they have used similar strategies in Syria. During the Syrian Civil War, partly due to Russian air support, the 2016 battle for Aleppo marked some of the deadliest fighting of the whole war. Russian bombing campaigns targeted residential houses, markets, and schools. More than 400 civilians and 90 children were killed in the attacks, using incendiary and cluster munitions, weapons officially banned by Protocol III of the Convention on Conventional Weapons (CCW).

Russian officers and analysts continued to maintain that all of their attacks focused on enemy infrastructure. Alexander Lapin, Russia’s colonel-general of the Central Military District, stated that Russian airstrikes only targeted the enemy’s logistic routes, blaming the anti-Assad forces for all civilian bombing.

During Russia’s participation in the Syrian civil war, the Organization for the Prohibition of Chemical Weapons (OPCW) reported that chemical weapons were most likely used 17 times. Moscow purposefully delayed OPCW’s investigation, while actively denying and covering up all use of chemical weapons in Syria.

During Moscow’s assault on civilian infrastructure, Russia weaponized citizens fleeing their homes to destabilize the region. Starting in 2016, Russia’s illegal bombing campaigns targeted 14 hospitals. The attacks across cities forced more than 10 million Syrians to flee their home. In 2016, then Prime Minister of Turkey Ahmet Davutoğlu and former leader of the Justice and Development Party (AKP) said Russia was “behaving like a terrorist organization and forcing civilians to flee,” through bombardments “without any discrimination between civilians and soldiers, or children and the elderly.”

Okba Mohammad, a journalist at Baynana, an Arabic-language human rights outlet in Spain, noted that “Russia was the architect of humanitarian corridors, which, as Syrians, we consider displacement under Russian oversight. It is currently replicating this strategy in Ukraine. Russia usually targets civilians and their gatherings to create pressure and achieve gains.” Reports and investigations have echoed a similar point.

Across the board, Russian military training has shifted its focus to cities as the main battleground. Alexander Zhuravlev, Colonel-General who led Russian forces in Syria, expressed concern in 2018 about “illegal armed forces” lodged in cities. Groups like ISIS would concentrate on urban geographies and “turn them into fortresses.” As a result, since 2018, the Russian military has built several urban-warfare training centers across the country in anticipation.

If Russia decides to engage in prolonged urban warfare across Ukraine, it will likely last for years and cost hundreds of thousands of lives. The mayor of Kyiv, Vitali Klitschko publicly declared that “Every house, every street, every checkpoint will resist, until death if necessary.” Civilians across Ukraine have been mixing Molotov cocktails, changing direction signs across the country, and engaging in sabotage.

Due to military failure in some cities, the Russian army has already started relying on artillery bombardments and indiscriminate killing of civilians. Russia's attack on the Mariupol theater that killed 300 civilians is just the start of a much bloodier urban campaign.