Sanctions can help but is the West shooting in the right direction? 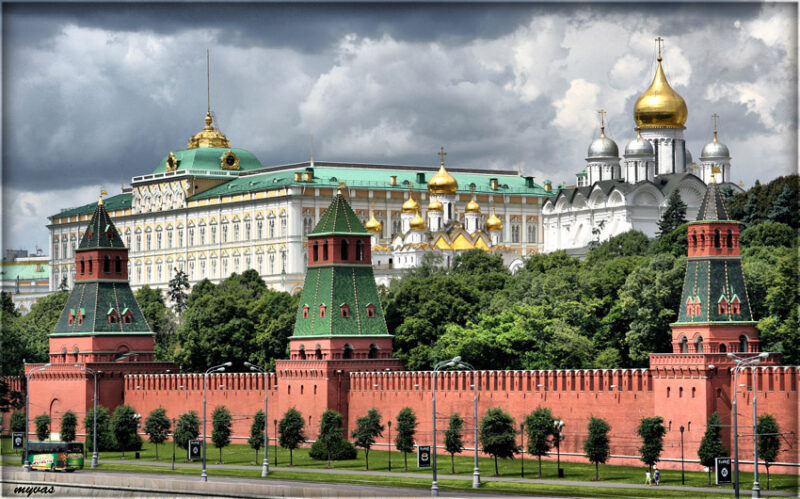 The Kremlin, seat of the government of Russia. Photo by Larry Koester on Flickr (CC BY 2.0)

Implementation of sanctions on Russia has been received with mixed reactions. Russian sources, both government and oligarchs, claim the West is shooting in the wrong direction. While some indicators show that the country’s economy has, to some extent, been affected, some analysts suggest that this is not enough to put serious pressure to end the war. There is definitely a margin for more damage to be done to the Russian elite but it’s at least questionable whether further escalations may lead to a change of position by the elites or the dismissal of Vladimir Putin and his immediate entourage.

In his book “From Dictatorship to Democracy,” Gene Sharp suggests that the way to “kill” a dictator is to deprive him of popular support. This seems still a faraway option for Russia, given the support, active or passive, he enjoys from the majority of the population.

But popular uprisal is not the only way change can happen at the top of a country. As pointed out by “The Dictator’s Handbook,” once the selectorate (the most powerful elite of a country, those whom the dictator needs to stay in power) gets tired of a leader, they can dismiss him and organise a change of the guard. Putin’s dismissal would not automatically mean a radical change in Russian society but might lead to de-escalation of the conflict with Ukraine.

Rumours about the Kremlin seem to suggest that elite reshuffling is in the air. But this remains a faraway option if sanctions consistently clamp the whole of Putin’s entourage. Imagine you’re someone close enough to Putin to be able to plot some sort of coup. You would have to face the legacy of the war and make up a story to sedate discontent for having liquidated the most popular politician in the country. And you could hardly count on external support: you’ve probably been harshly sanctioned; your London properties and your yacht risk being confiscated at any time and you might even risk arrest if you put foot on EU or US soil. Would you have any guarantees that phasing out Putin would open your way to redemption?

At such costs, the choice is between staying on a sinking ship or jumping off into open waters with no safety vest. Many can moan about it but few, if anyone, would take such a chance in present-day Russia.

Is it possible to jeopardise, in a few weeks, the structure that led to the formation of the current elites in 30 years? And can this be done from the outside? There will be no Russian revolution 2.0 in the immediate future. Putin will eventually go but his replacement will be shaped from the same clay.

Putin will never accept defeat but there are perhaps amongst his elites someone willing to de-escalate the situation and blame the war and everything else on the current president. Current sanctions, and diplomatic pressure, may be an effective way to alter Russia's stand without being drifted into a global war, but if the entirety of the Russian elites is criminalised to the same extent, who will take the burden of becoming the next Russian president? And will he be open to a dialogue with the West?

I have little hope that the next Russian leader will be a fan of the EU, respect individual freedom, or even care for his people, but he should be someone who is more willing than Putin to engage in a constructive dialogue with his neighbours.

We cannot import democracy into Russia; this is something that needs to be done by the Russians themselves, when and if Russian society will care about it. But we can at least limit the risks of future wars and open the road to a dialogue on vital issues — not with Putin but with his successor. And it’s easier to find an agreement by talking than when you break all ties and base your actions on assumptions about what the other side is thinking.