Threatened with deportation in Thailand, a Lao activist seeks asylum in Canada

He was arrested in January for violating his Thailand visa 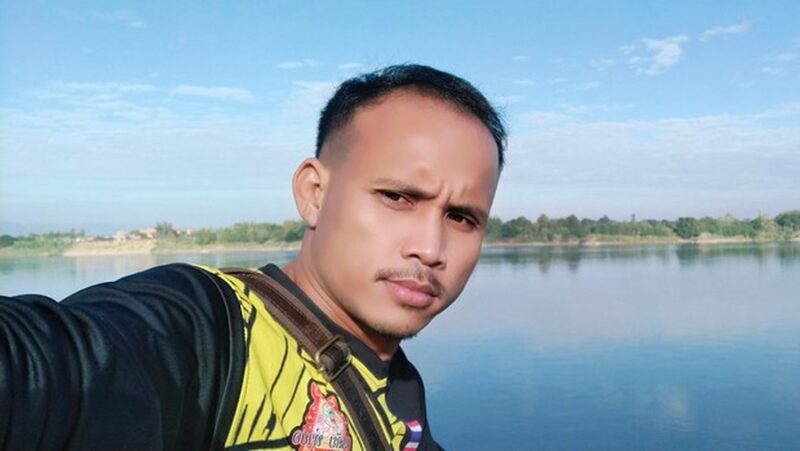 Lao activist Khoukham Keomanivong arrived in Canada on March 11, 2022, seeking asylum almost two months after he was arrested in Bangkok, Thailand, and threatened with deportation.

Khoukham is among the founders of Free Laos, a network of Lao workers in Thailand pushing for human rights in their home country. He was detained by Thai authorities on January 29 for allegedly violating his visa rules, but he was released on bail three days later through the legal assistance of a human rights lawyer.

His arrest was widely condemned by civil society groups across Asia because he is officially recognized as an asylum seeker by the United Nations High Commissioner for Refugees (UNHCR). Khoukham’s story and his refugee status were widely shared on social media to pressure Thai authorities to stop the deportation procedures. Travel restrictions were imposed on Khoukham despite his release on February 1.

ALERT! #Thailand: A Lao activist and asylum seeker is facing imminent deportation to #Laos. Keomanivong Khoukham, a member of the exiled pro-democracy group Free Lao was arrested by police in Bangkok on 29 January – He was brought to Don Mueang Kwaeng Court this morning pic.twitter.com/vM7RyMiGln

Khoukham insisted that he has not participated in any political activity in the past two years, as required by the UNHCR when he received his refugee card. He thinks someone maliciously reported him to Thai authorities by reposting his previous posts on social media that tackled human rights issues. The prospect of being deported terrifies him and his supporters because it could lead to a long prison sentence as the Laos government is known for handing out harsh punishment to dissidents.

News about Khoukham’s safe arrival in Vancouver was welcomed by human rights advocates.

Good news! Lao refugee Khoukham Keomanivong has left #Thailand & successfully reached Canada. “I’m happy that he was allowed to go but unfortunately he never should have been detained in the first place when he had done nothing wrong” says @hrw #Laos #LPDR https://t.co/LGIWnVjO0k

In an interview with Radio Free Asia a few days after arriving in Canada, Khoukham shared his relief on being able to talk and move freely again.

…the most important thing is that I’m in a safe place and in a free country now. I think nobody will restrict my freedoms anymore.

He added that he may soon resume speaking out about the human rights situation in Laos:

Deep in my heart, I’m still the same person, and in whatever country I live — free or not — I’ll continue to speak out and express myself about my native country. I think that is a basic human right. I might come out one day and be just as critical as I was before, because here in Canada I don’t have to be afraid of anyone anymore. It’s our right to speak out.

Khoukham was not the first Lao refugee and activist to be detained in Thailand. Some even mysteriously disappeared while waiting to be resettled into another country. Human rights groups have expressed concern about the rising cases of arrested and disappeared dissidents who sought refuge in Thailand. These political refugees are from neighboring Laos, Cambodia, and Vietnam. Thailand’s military-backed government, which came to power in 2014, has been accused of cooperating with its Southeast Asian neighbors to deport activists and refugees. Thailand is able to deport asylum seekers as illegal immigrants because it is not party to the 1951 Refugee Convention.

Khoukham has had a difficult journey which brought him from Laos to Thailand and now in Canada. But he is still fortunate since he was able to evade the fate of his fellow dissidents who had gone missing either in Thailand or Laos. His journey and pursuit of justice continues in Canada.