While expressing regret, Prince William stopped short of an apology 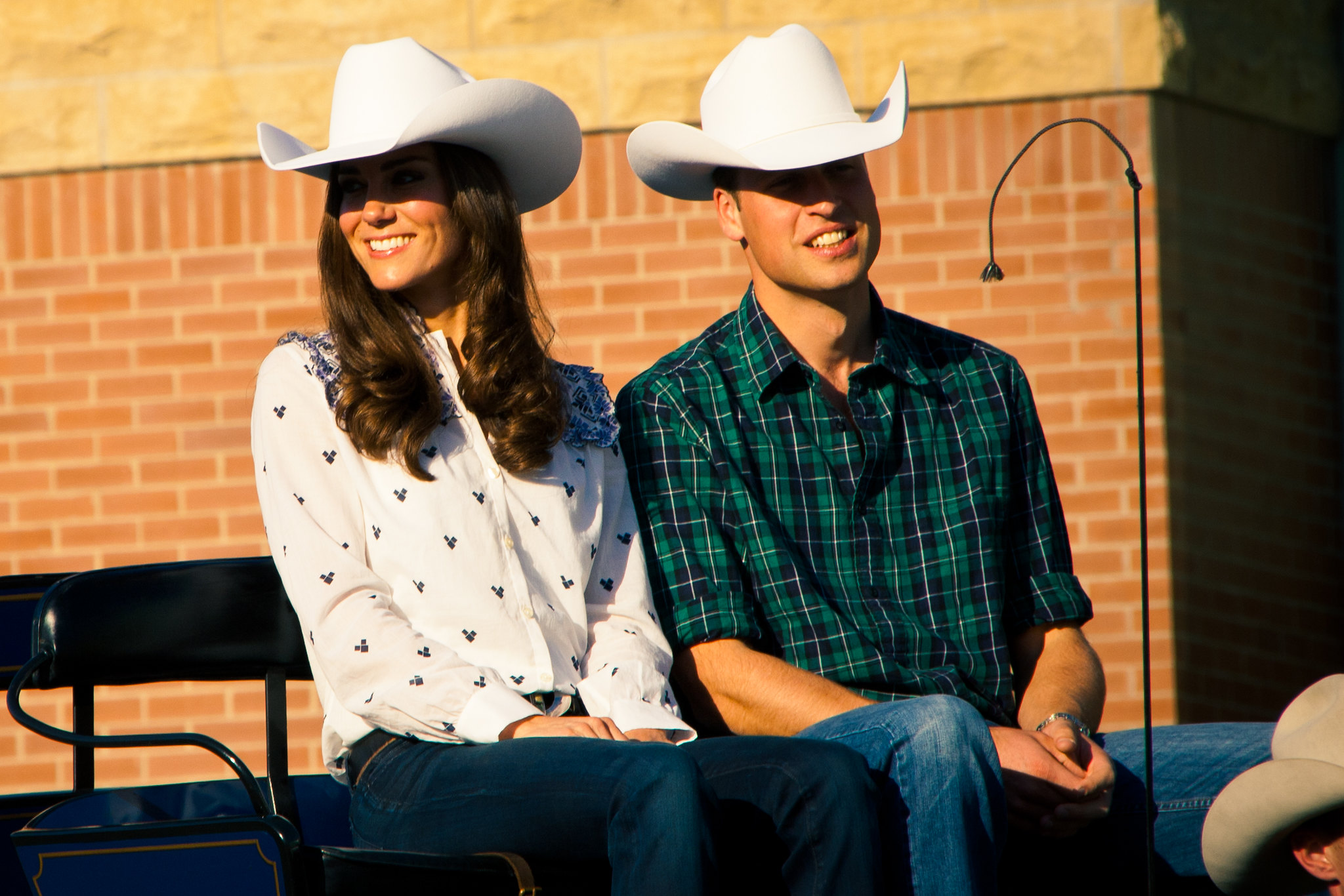 On March 22, when the Duke and Duchess of Cambridge, Prince William and his wife Catherine (“Kate”), stepped off the plane on a windy afternoon at Kingston’s Norman Manley International Airport, the ensuing commentary was about much more than the Duchess’ daffodil yellow designer dress — but they would have, no doubt, been briefed on what to expect.

A wave of controversy had been steadily building as the royals embarked on a regional tour to celebrate Queen Elizabeth II's platinum jubilee year. Even before they arrived, protesters were gathering outside the British High Commission to call for an apology for the British royal family’s support of slavery — which ended in 1830 in Jamaica — as well as reparations for the wrongs committed under colonial rule.

The first leg of the royal tour of the Caribbean began in Belize, a Commonwealth country in Central America. It had gone fairly smoothly, although a protest by Indigenous peoples caused a change in the royal couple’s schedule. One British writer observed:

I’m really impressed by Q’eqchi Maya, a small group of people who stood up to a huge organisation and the might of the Royal machine, and managed to get the enforced visit to their village cancelled.

If only we had all had less deference and more gumption! pic.twitter.com/IbfLFEMeTc

The local protests were based on an Open Letter to William and Kate, published on March 20 and composed by the Advocates Network, which campaigns “for human rights and good governance to improve the socio-economic conditions of the people of Jamaica and to transform lives.” The letter was signed by 100 Jamaicans [including the author of this post]:

We see no reason to celebrate 70 years of the ascension of your grandmother to the British throne because her leadership, and that of her predecessors, have perpetuated the greatest human rights tragedy in the history of humankind. Her ascension to the throne, in February 1952, took place 14 years after the 1938 labour uprisings against inhumane working/living conditions and treatment of workers; painful legacies of plantation slavery, which persist today. During her 70 years on the throne, your grandmother has done nothing to redress and atone for the suffering of our ancestors that took place during her reign and/or during the entire period of British trafficking of Africans, enslavement, indentureship and colonialization […]

We will, however, celebrate 60 years of freedom from British colonial domination. We are saddened that more progress has not been made given the burden of our colonial inheritance. We nonetheless celebrate the many achievements of great Jamaicans who rejected negative, colonial self-concepts and who self-confidently succeeded against tremendous odds. We will also remember and celebrate our freedom fighters, including our National Heroes, who bravely fought against British tyrannical rule and abominable human rights abuses. We welcome you to join this celebration.

Attached to the letter, which was handed over to a representative of the British High Commission by Professor Rosalea Hamilton and Patricia Phillips, was a list of “60 Reasons,” including documented atrocities under slavery. Among the many protestors were members of Jamaica's Rastafarian community, academics, musicians and entertainers. Moderator of the popular Running Africa Forum on Irie FM radio, Ka'Bu Ma'at Kheru, shared on Facebook:

The STRUGGLE is REAL. This morning we PROTESTED. This evening RASTAFARI drumming, chanting and WELCOMING the children of the ENSLAVERS with the NYABINGHI DRUMS😭😭😭😭😭😭😭😭
~KMK~

During the Royals’ brief visit to Montego Bay on March 23, a leader of the Rastafari Coral Gardens Benevolent Society said that the monarchy “owes us millions, billions and trillions of dollars”:

Ras Iyah V of the Rastafari Coral Gardens Benevolent Society shares his displeasure after police asked them not to display a sign demanding reparation from the British. The group is protesting near the venue of the St James leg of the royal visit at Cambridge Infantry. pic.twitter.com/taZDyvLyEu

The women's arm of the opposition party penned an open letter to the Duchess of Cambridge, noting:

Leader of the Opposition Mark Golding has stated his intention to sit with you and your husband to discuss reparations. We appeal to you as a mother, as a wife, as a woman, and as a human being to encourage a real conversation, which results in your understanding of the role of your family in our development as a country and the role that justice demands you play in righting those wrongs.

We believe you want to see a world where every human being's life is treated with dignity no matter the colour of his/her skin. But to level the playing field requires more than awareness of the injustice, it requires investment.

It was only in 2015 that the British Government made their last payment to the descendants of plantation owners as compensation for the loss of slaves resulting from Emancipation.

It is now time to make payments to the descendants of the enslaved.

The visit drew extensive and widespread attention from overseas media, in particular the British press, as well as American, Canadian and Australian broadcast and print media, many of whom had reporters on the island. While the “royal reporters” coverage was predictably glowing and positive, other journalists asked hard questions.

Social media users, commenting on a royal visit to the community of Trench Town, were also on the ball:

Who thought this was a good photo op? pic.twitter.com/AAQjLh3WrQ

William “ every time we hear the crack of a whip our blood runs cold , when we recall how you brutalized our very souls “
So Bob seh down a trench town weh dem a host u https://t.co/7LrSVIlj9Y

During a photo op at his office on the second day of the royal visit, Prime Minister Andrew Holness told the Duke and Duchess that Jamaica is considering “moving on” towards abandoning the monarchy and becoming a republic, as Barbados did last year:

(1/4) I was delighted to welcome the Duke and Duchess of Cambridge, Prince William and Kate Middleton to Jamaica and to the Office of the Prime Minister for a courtesy call this morning. pic.twitter.com/vAq7bznWet

Referring to former UK Prime Minister David Cameron's remarks during a 2015 visit that Jamaicans should “move on” and “get over” slavery — a comment which sparked considerable anger — Jamaican blogger and retired economist Dennis Jones observed dryly:

In a letter to the Jamaica Gleaner, a member of the Advocates Network, Anglican priest Sean Major Campbell, recalled that Cameron “displayed a lack of common decency, emotional intelligence, and sensitivity for the pain and suffering endured by our revered ancestors and the manumitted who were never even compensated for the centuries of Great Britain’s prosperity at the expense of the lives and dehumanizing experiences.”

Despite the protests, however, the first two days of the visit passed off in a generally friendly fashion, as the royal couple was welcomed with the customary Jamaican politeness and hospitality.

Jamaicans love foreigners . It’s in our DNA to welcome the stranger even if we don’t like them. #RoyalVisitJamaica

However, the hoped-for apology did not take place during Prince William's speech. While expressing regret, he stopped short of an apology. At a formal dinner at King's House (the home of the Governor-General who remains Jamaica's Head of State) on March 23, veteran journalist Fae Ellington reported:

Prince William in his reply at the dinner at King's House says he wants to his express his profound sorrow, “slavery was abhorrent and should never have happened.”@KensingtonRoyal

One Jamaican gave a terse response:

This is not an apology. Try this “my direct familial line was a bunch of criminals and I am sorry that their greed allowed them to be directly responsible for 400 years of chattel slavery.” https://t.co/CEEW3sVmQ6

An evening current affairs show on Jamaican television included Professor of History at the University of the West Indies Verene Shepherd, who chairs the National Commission on Reparations. The question was asked whether Jamaicans truly understand their history, and the connection between colonialism, slavery, and the UK Monarchy:

In the context of some of the questions and comments about the royal visit, @djmillerJA asks the question – Have we failed in how we teach history, teach about our history? #TVJAllAngles #Jamaica pic.twitter.com/RIH80eaeV7

A Jamaican public relations practitioner boiled it down:

Still don't why we need an apology from the British? Here it is from Prof Verene Shepherd.

An apology has three dimensions:
1) You take responsibility for your actions
2) You commit to non-repetition
3) You commit to reparations. #RoyalVisitJamaica #TVJAllAngles #slavery

Leaving Jamaica on March 24, the royals now head to The Bahamas, where there have already been calls for reparations, with one Jamaican unsurprised that this refrain will be carried onto the final leg of the trip:

Not a soul drop the baton in dis relay.
Belize to Jamaica to Bahamas.

The Duke and Duchess can expect more protests as they conclude their tour:

Royal Ambassador of the Ethiopia Africa Black International Congress Priest Rithmond Mckinney reacts to the royal visit, saying rastafrians are still oppressed. They plan to protest during the Duke and Duchess of Cambridge's visit. pic.twitter.com/jOOO1hVAEF

Nevertheless, not all Jamaicans were completely supportive of the Advocates’ strong stance. For many who may not even use social media, it's a question of “leave it be,” while others show continued support for the monarchy:

I honestly don’t believe he needs to apologize for slavery because this generation isn’t responsible for those actions in the past. But I want to challenge my people though to let it go It happened! and cannot be changed, we need to remove that chip off our shoulders and move on.

As the Jamaican government mulls over the next steps towards leaving the monarchy behind and becoming a republic, such ambivalence from a potential “silent majority” might show itself if and when a referendum on the matter is held, but since there is currently no timeline for this, it is uncertain whether Jamaicans will be waving goodbye to the monarchy any time soon.