Music has been integral to Africa's liberation and freedom struggles 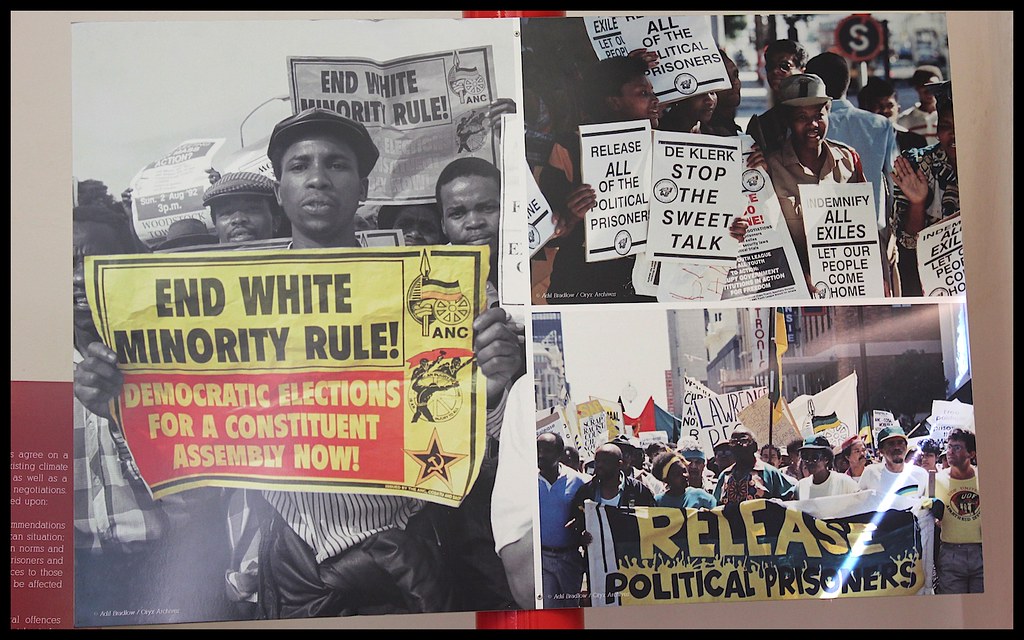 “Anti-apartheid protests in the early ’90s” by Nagarjun is marked with CC BY 2.0.

Just as artists in Uganda and Nigeria used their music to challenge governmental and military oppression, so did artists around the continent. This is part two of this two-part series story where we highlight musicians around the continent whose music encouraged activism and dissent. For part one, see here. In this article, we discuss protest music in Kenya and South Africa, and the vital role it played in people's liberation.

Kenya’s music scene has seen great changes since the colonial days, with many local singers finding fame through protest songs. One iconic example is the late Joseph Kamaru, a Kikuyu musician who is believed to have a catalog of over 1,000 songs. Born in central Kenya, he developed a unique blend of Kikuyu traditional melodies, mixed with the guitar, keyboard, and occasionally the accordion. He frequently sang songs relating to social issues, reflecting on the nation’s independence and urbanization.

However, by 1969 — only six years into independence — Kenya was plunged into political strife following the contentious elections, which pitted the then-ruling party KANU and the opposition KPU. This divided communities, particularly after a popular politician, Tom Mboya, was gunned down in broad daylight.

In this instance, Joseph Kamaru composed a song, “Aromaka” (“May he be scared”), which sought to praise the ruling party but did not appeal to a larger population due to its perceived bias around the political assassination. 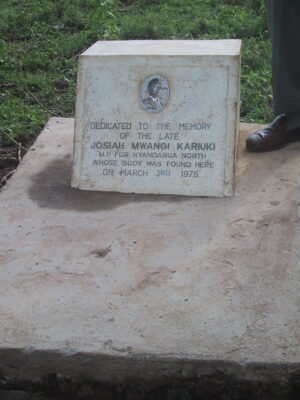 JM Kariuki Memorial by Mpigapicha is licensed under CC BY-NC-ND 2.0

In 1975, another popular politician this time from the Central part of Kenya, Josiah Mwangi Kariuki, also known as JM Kariuki, was killed a few months after another hotly contested election. The late JM Kariuki, initially pro-Government, had become one of the most prominent critics of the government’s growing tribalism and corruption, coining a phrase, “Kenya was becoming a country of ten millionaires and ten million beggars.” Due to his public criticism, he was prohibited from campaigning and was forced to resort to door-to-door or home visits. Upon Kariuki’s death in 1975, Kamaru sang a song titled “J.M. Kariuki” to mourn the death of the national hero, as well as give tribute to his personal friend.

This particular song was one of his best-selling hits, selling over 75,000 copies within the first week of release. He quickly became a target of the government, and the song was banned on national radio, the Voice of Kenya (now the Kenya Broadcasting Corporation), in June 1975.

Kamaru did not stop there and after the death of the first president of Kenya, Jomo Kenyatta, he sought out incoming President Daniel arap Moi, who invited him to a foreign trip to Japan. This led to the composition of “Safari ya Japan.” However, it did not take long for him to fall out with the powers-that-be, and he found himself once again voicing criticism. He composed another song laced with ambiguous language and Kikuyu idioms to warn the Moi government of the discontentment and disillusionment among the general populace and Kikuyu in particular. The song was titled “Ni Maitho Tunite” (“We’ve only shifted our Gaze”). This was also banned from the national stations.

Kamaru’s alliance with the politics of the day did not end there. In 1988, while the country was preparing for another election, he made another song, “Mahoya ma Bururi” (Prayers for the Country), which, though initially with a Kikuyu version, attracted the attention of the state, specifically then-President Daniel Moi. Moi initially perceived the song as an indirect attack at him, with the mention of “guikio irima ta Daniel” translated to “being thrown in the hole/cave like Daniel.”

Kamaru’s explanation suggested the name “Daniel” was a reference to the Biblical Daniel, who was thrown into a cave with the lions for refusing to bow to the King. As a compromise, Moi requested for the song to be translated into the national language, Swahili. Though the song was released by Kamaru, it never enjoyed as much airplay as the Kikuyu version, much to Kamaru’s dismay.

The on-and-off relations of Joseph Kamaru’s songs and the politicians of the day meant that while many politicians attempted to dictate or ban songs, the intersection of creativity, socio-political issues, and common voice of the ills affecting the populace prevailed. The same issues are still resonant with the current state of affairs in Kenya.

The Southernmost State of the African continent endured a period of apartheid when the White-minority Boers ruled the country over the Black majority. This was from 1948 to the 1990s. The period saw injustices meted on the latter and a number of their political leaders arrested and locked away for life. 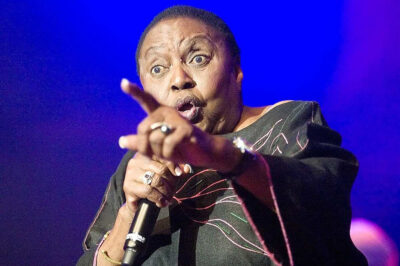 Seeking to become a voice for the voiceless, a number of South African musicians used their trade to draw both national and international attention to the issues of the day. Among them was Miriam Makeba. The musician famous for her different native songs in Xhosa and English had sung a song “Beware, Verwoerd! (Ndodemnyama),” referencing the then-Prime Minister of South Africa Hendrick Verwoerd, who had played a key role in implementing the apartheid regime. The song was banned on national radio due to its anti-apartheid stance.

Makeba had to go into exile in 1960 and was shortly banned from returning to South Africa. She went on to become a global icon in the US and continued to perform and write protest songs that spoke out against apartheid around the world.

Closely following Makeba’s trial, Brenda Fassie drew controversy for the better part of her career. She sang the song “Black President” as a tribute to the then “most famous prisoner,” Nelson Mandela. The song was written by Fassie and Chicco Thwala in 1990. This was at a time when the apartheid government was nearing its end, and Mandela was about to be released. The government had largely banned Fassie songs due to their controversial discussions of sexuality and social ills in South African city townships. 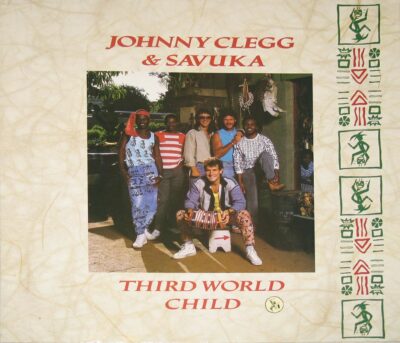 Another South African song “Asimbonanga” sung by Johnny Clegg and the Savuka Band, was banned by the South African apartheid government. The song means “awakening” in Zulu and was released in 1987 in Clegg’s album, “Third World Child.” It invoked both Mandela and Steve Biko who were seen as symbols of the anti-apartheid movement that was seeking justice for native South African communities. Clegg who was born of Scottish-Zimbabwe and Jewish roots had assembled the first multi-racial band in Juluka and later Savuka. He had grown up in parts of Zimbabwe (then Rhodesia) before his parents immigrated to Johannesburg, South Africa. This brought him face-to-face with the suffering of the minorities in Jo’burg and other major cities. He also learned the local language of Zulu which would become among one of his signatures in his songs.

What most of these songs and musicians signify is the common currency of protest and speaking against societal ills and discrimination irrespective of socio-economic stature. These songs while temporarily off-air, were able to see the day of light and flood our airwaves, allowing audiences across the countries to listen and learn from the musical phenomena.