‘I can still hear their voice': Three women who worked for Jamaica's most vulnerable

'We should celebrate good women when we meet them' 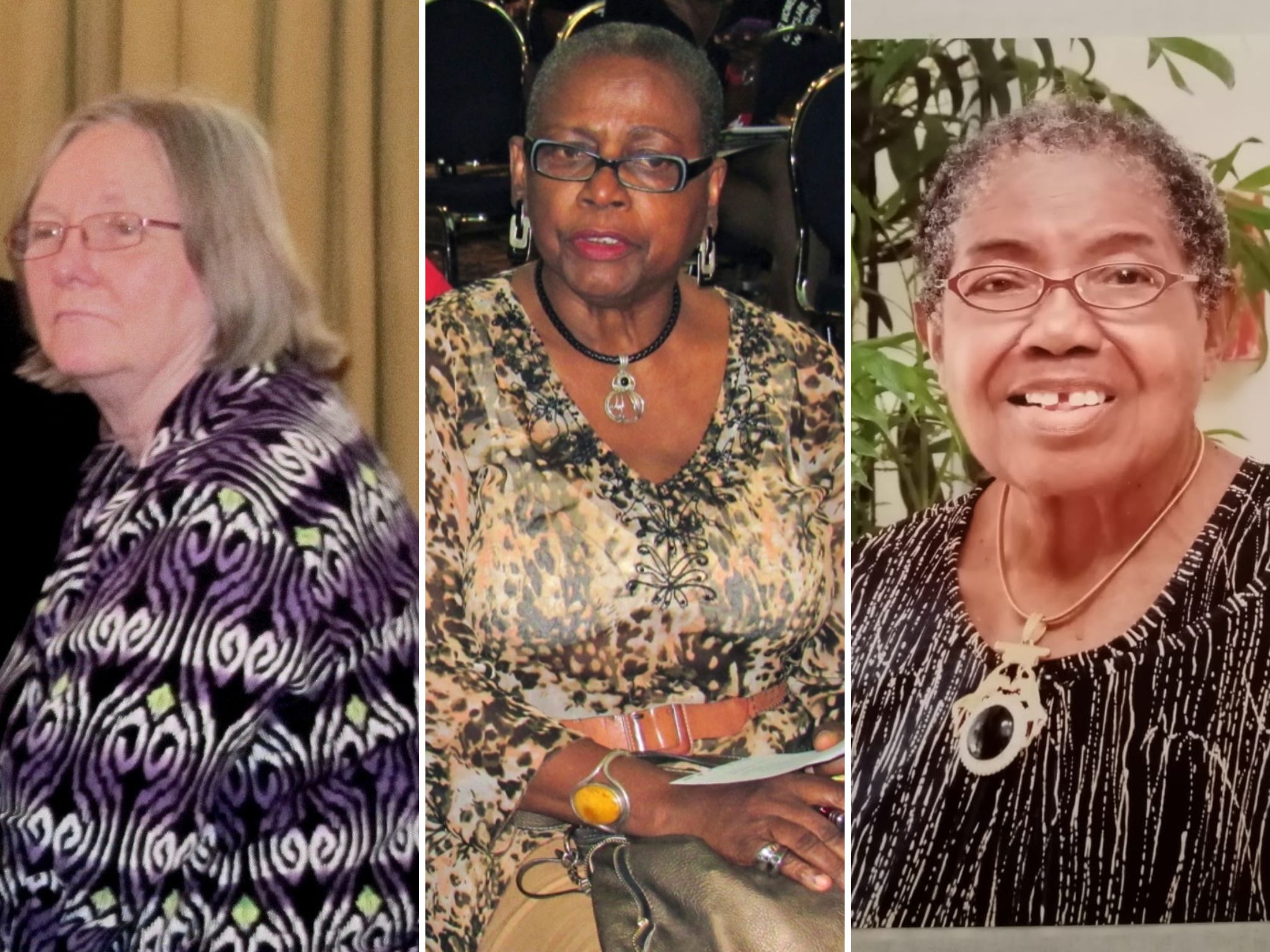 L-R: Attorney Nancy Anderson, Dr. Glenda Simms (photos by Emma Lewis, used with permission) and Evelyn Smart, co-founder of the Jamaica Women’s Political Caucus (photo by Carol Narcisse, used with permission). Each of these women fought for the vulnerable and disenfranchised, in Jamaica and beyond.

Originally published at Petchary's Blog, an edited version of this post appears below with permission.

March, the month in which International Women's Day is celebrated, seems the perfect time to pay tribute to three women who stood for justice — for both men and women — in Jamaica and beyond.

It's funny, but even after people have passed on, I can still hear their voice echoing in my head. The voice of attorney and human rights defender Nancy Anderson was soft and insistent, with a lilt that sprouted from her “Jamaicanised” accent, having been born in Michigan and arriving in Jamaica in 1969 as a United States Peace Corps volunteer. She also had a great little chuckle and a wry sense of humour.

Anderson participated in a number of major human rights cases in local and regional jurisdictions. She represented Shanique Myrie, who successfully sued the Barbadian government for unlawful detainment, in a high-profile case heard at the Caribbean Court of Justice.

Apart from being a strong voice for justice, she was a wonderful mentor and teacher, inspiring many budding lawyers at the Norman Manley Law School. She was especially concerned with the plight of inmates in our prisons – not a particularly “sexy” cause, but one she embraced deeply — and she never did any grandstanding. Anderson passed away on November 29, 2021.

Another woman whose voice I will never forget is Dr. Glenda Simms. It was a deep, firm voice, sometimes a little gravelly, but it carried far with a ring to it. Though she could seem intimidating to some, this strong woman from rural St. Elizabeth was warm and had empathy in spades.

In 2005, she was one of the first to start talking about human trafficking on the island, and got the police to put a stop to what turned out to be a weekly “market” of young women to work in nightclubs in southwest Jamaica. At the time, very few Jamaicans knew this was happening, or the dangers of this deadly trade for the most vulnerable women. As head of the Bureau of Women’s Affairs, she worked closely with Jamaica's first woman prime minister, Portia Simpson-Miller. Her life was one of service, with a capital “S”; she died on New Year’s Eve 2021, at the age of 82.

Evelyn Smart, co-founder of the Jamaica Women’s Political Caucus (JWPC) died on March 11, 2022 at the age of 93. I remember her deep commitment to the JWPC and to empowering women to take political office.

She was focused and determined — and her voice was very “school-teacherly” (in a good way). From her, I learned a lot about the status of Jamaican women; she was “likkle” in stature but “tallawah” in spirit.

For me, losing three fiercely dedicated women in such a short space of time only underscores the fact that, whether it is International Women’s Day or not, we should celebrate good women when we meet them; encourage and support them where and whenever we can.

I think all three of these women would agree. Somehow, I can hear their voices encouraging the next generation of women to continue bravely along the paths they helped to forge.