'The story of the Caribbean is a lot of crossroads' 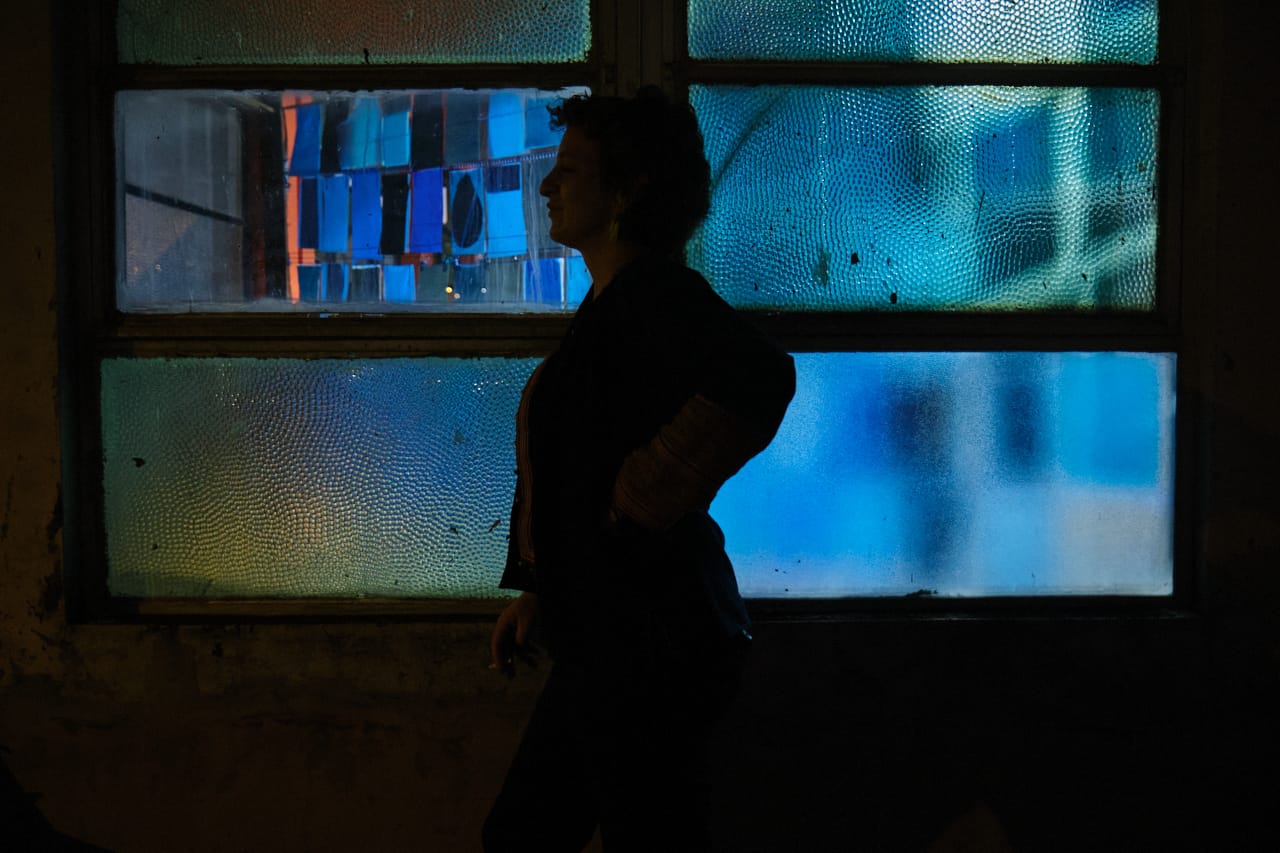 Haitian artist Pascale Monnin at Alice Yard in Port of Spain, Trinidad, during her residency there, February 2022. Photo by Sforza Media, used with permission.

You could say that Pascale Monnin is a citizen of the world. Born in Haiti in 1974 to Swiss parents who ran an art gallery in Pétionville, her formative years were split between Switzerland, where she learned to draw, paint, etch and sculpt, and Haiti, where she absorbed the colours, culture, mysticism and magic of her island home. This unique combination would inform Monnin's artistic perspective as she developed into one of Haiti's most well-known contemporary artists.

From mid-January 2022, as part of a multi-year regional exchange for women artists organised by Le Centre d’Art in collaboration with UNESCO’s International Fund for Cultural Diversity, Monnin was the artist-in-residence at Alice Yard, a contemporary art collective based in Port of Spain, Trinidad. Hers is one of eight residencies in the exchange, at the end of which there will be an exhibition of works by all eight artists in Port-au-Prince, Haiti.

With this in mind, Monnin spent a month continuing to develop a series of works on canvas dealing with birth, rebirth and women's histories within that context. I attended a viewing on February 10, and thereafter interviewed Monnin via Zoom, where we talked about connection, belonging, identity and womanhood, as well as the challenges and possibilities for Caribbean contemporary artists.

Janine Mendes-Franco (JMF): Why was this residency an important one to you?

Pascale Monnin (PM): Within the Caribbean, we’re so close geographically but also so far away. The idea is to create that link that has been a bit forgotten. I think there are a lot of things that can be said about the proximity and cultures, the flux, the immigration, or the different histories, [but] at the end of the day, we don’t think Caribbean at all, so it's been lovely [being at Alice Yard]. 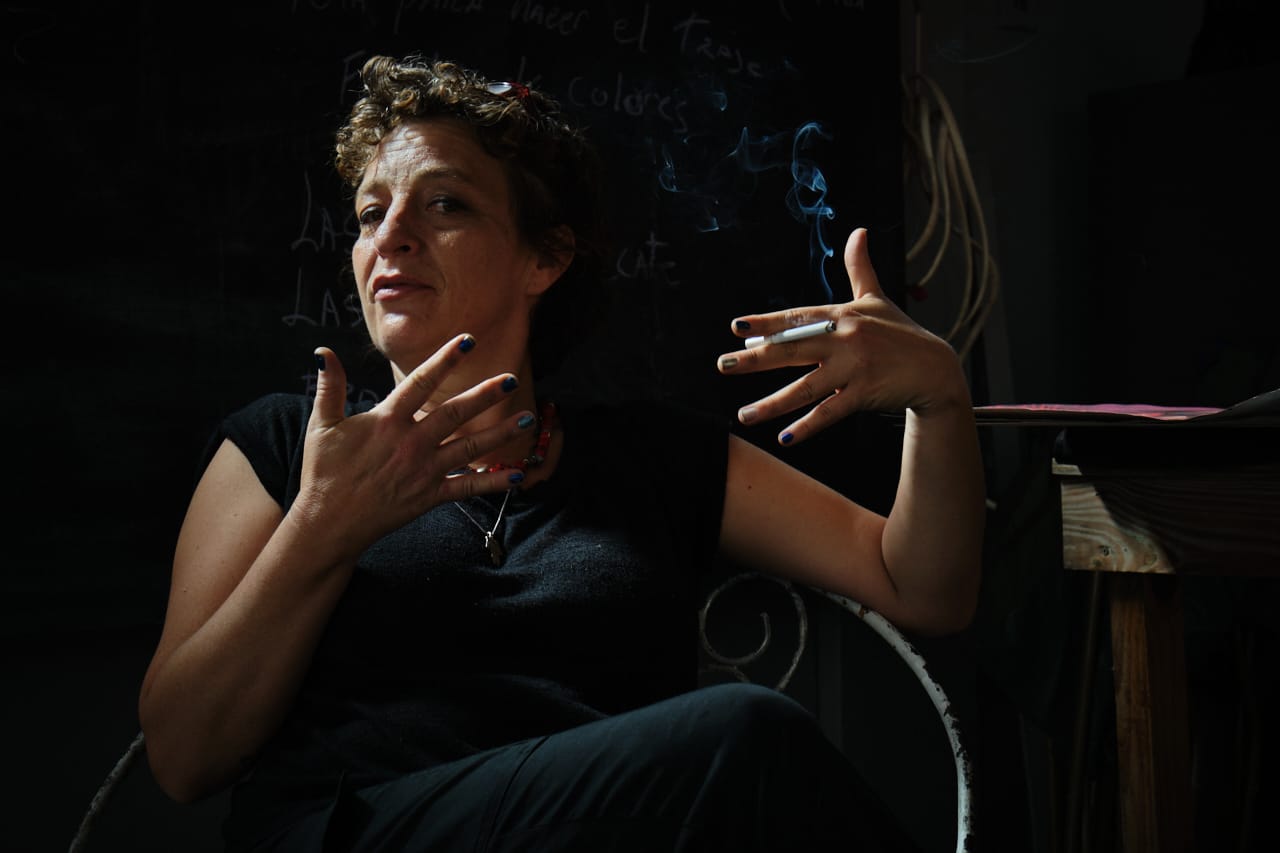 JMF: What are some of the challenges that Caribbean contemporary artists face in being able to show their work internationally?

PM: I did a piece I call “Homage to Christopher Cozier” [in which Monnin riffed off of the Trinidadian contemporary artist's “Turbulence” installation], because as Caribbean artists, when you have to travel to biennials [because shipping costs are so expensive] you have to be intelligent.

And I think his “Turbulence” piece is just so clever, because wherever you go, you take those two things and you set the papers up and the papers are in a little envelope. For me, it gives me a lot of ideas, being here, seeing how things are.

JMF: What message do the parallels between our two countries’ cultures send to you? How does that connectivity help you as an artist?

PM: That we have common history. I’ve never shown with Christopher Cozier, but I do feel we are talking the same language, somehow. Caribbean contemporary artists are not always recognised. In Haiti, coming from a gallery, I know who I sold the art to and the most beautiful collections of Haitian art are actually not in Haiti — not because we wanted to sell to foreigners, but because those were the ones that related. In Haiti, [there was] no recognition in terms of the value of the art, so I think in the dialogues of our similarities, because of our common history, we can really engage in constructive thinking.

I’m working on an archive online with the Centre d’Art, like a Wikipedia of Haitian art, ready to upload videos, images, and begin to do a mapping of all the Haitian art collections in the US and in Europe. A lot of what is written about Haitian artists is often from elsewhere. The more I think about it, the more I think that this could be something for the whole Caribbean. Because of our huge diaspora, building in those spaces together can only make us stronger and make it possible for different styles to coexist. We have to also be writing our own narrative. I think there’s not enough writing and re-writing the way we see ourselves.

Everywhere I go steps into my art, so it’s not only about Haiti or Trinidad, Europe or France, it’s much more about the research. And because of me being born in the gallery, I’ve seen so many artists, different styles, and things I love in the Vodou; in the religious. I’ll be presenting [a project] in July [in Normandie, France] of the shrouds — the print of Christ — because I think in this time of pandemic, the relationship to death is to be considered.

PM: I’ve always been fascinated by religious art, whether Catholic or Vodou. There is something about mystery. At the gallery, I’m the one who brought Vodou art inside the gallery; I completely embraced it because, for me, it’s so strong. It’s like Greek mythology; my art has always been a bit like this. I have my own personal mythologies, I have those characters, half-animals that I’ve been painting since I’m a child, and in Haiti, that intuitive kind of world is a really big part of some of the most interesting art pieces. 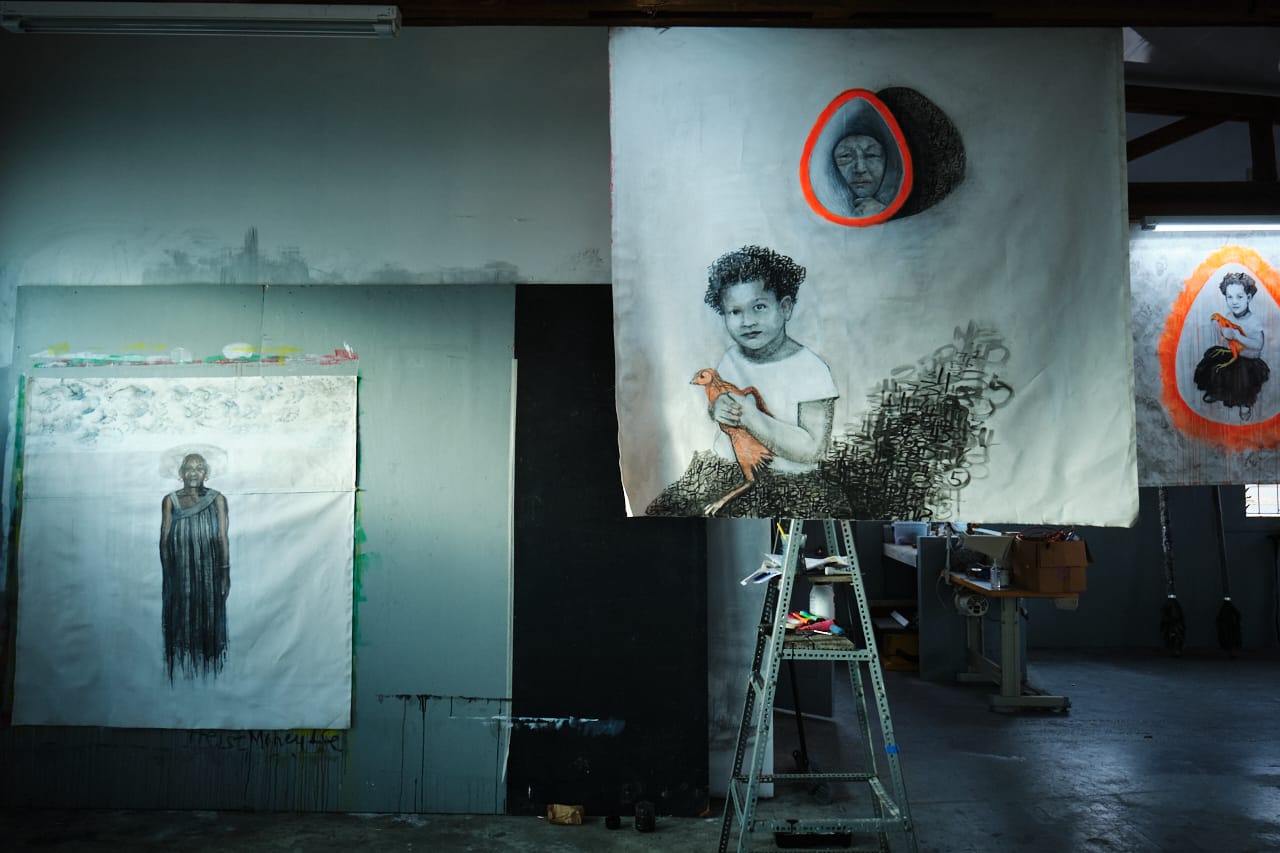 Some of the pieces Monnin was working on during her Alice Yard residency, including work that features the diverse lineage of her ‘cross-cultural’ daughter. Photo by Sforza Media, used with permission.

JMF: In a region where people often buy art to …

JMF: Yes! Where do Caribbean contemporary artists fit in?

PM: Everywhere. Being an artist to me is not something about an identity or where you come from; it’s also a research of a human person — but then, whatever my thinking is, is built on my experiences and I’ve lived most of my life in Haiti, so of course I feel that I’m part of the Caribbean. I live in France now; it's interesting because Haiti doesn’t exist in their history book. We were the richest colony for centuries — the money of Haiti has built France, and we don’t exist for them. So this kind of blank in the history […] we are still not out of that system, in a way.

JMF: How do you address those gaps in your work?

PM: I chose an image of my daughter; she’s cross culture, so I did the grandmothers. One comes from the cold; the other character I chose is the grandmother of a friend of mine. They meet in the Caribbean because I think it’s fascinating, all the travelling. I’ve been working a lot [around the concept of] nomads [and] migrating birds. And the story of the Caribbean is a lot of crossroads.

I’ve also been working a lot about memory. With the first memorial from the earthquake — 350,000 dead in the heart of one of the most populated neighbourhoods in Haiti — it was how to create beauty out of something that is broken, so to me, there is also a way of getting involved in politics in my work. I’ve done a little story of the dumping of Haitian rice [and] the perpetual intrusions of foreign interests. [There was] a hurricane that destroyed my house and at the 13th Dakar Biennial, I took 57 doors and windows, like the gingerbread house, and created a lattice 15 metres high — it was a monumental installation. So when I see Cozier’s “Turbulence,” there is this thing of the movement that we have in common, as well as the people abroad. Haiti, we live in the diaspora, so there is that notion of movement.

JMF: Tell me about women and art in Haiti.

PM: [You see it in] my girl’s answer to Cozier’s piece. He was using […] architect’s pins, pieces of wood. What I used is [laundry pins], hair clips.

In Haiti, we still have a terribly strong patriarchal system where families will not support [women] in doing art. It’s a man’s world. The girls are at home taking care of the kids. I was born and raised in the gallery [so] I never had to fight to be an artist, [but] a lot of the contemporary women artists of Haiti, the ones making a career, are in the diaspora, [yet] they don’t pay us the same way they pay guys. So we still have a lot of room to improve the representation of women.

JMF: What are your feelings on identity?

PM: To me it’s one of the things that’s killing the world. I think we should be more talking about our plural “culturality” or plural identities than about looking for one, because the looking for one, we see where it goes. It goes to borders, it goes to closing, it goes to passports, it goes to nationalism. I’ve always been concerned with being born in Haiti, raised in Switzerland, came back to Haiti. Are you Haitian? Are you Swiss? I have no idea. Because when I go to Switzerland I don’t fit, when I’m in Haiti I don’t fit … I don’t fit. People don’t get it.

In the pieces I did in Trinidad, there’s the motif of the feet in the sky. It’s because we’re all passengers, we’re passing by. [It's] the beauty of the light of a candle that will blow out one day and it’ll be finished, so take the beauty when it is there, and the life when it is.