A set of HK beach photos went viral on Weibo 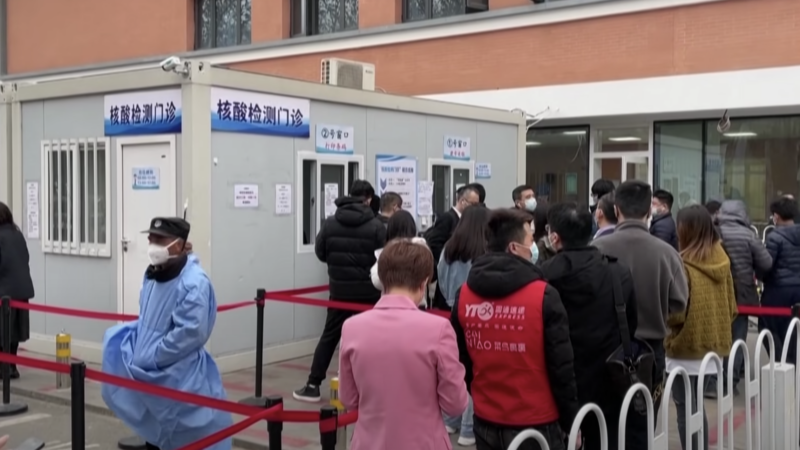 As more and more Chinese cities impose lockdown measures according to the zero-COVID policy, some netizens are pointing fingers at Hong Kong, accusing the global city of spreading the virus to China.

The current infection wave have affected more than two dozen cities, with the majority of cases stemming from northeastern Jilin province. A number of cities have been locked down, including Shenzhen and Shanghai, two key engines of the country’s economic growth.

Shanghai, China’s financial center, has locked down a large number of residential districts and closed all schools after 169 locally transmitted cases were identified on March 13.

Shenzhen, a port city and tech hub adjacent to Hong Kong, with a population of 17 million, has imposed a city-wide lockdown for three rounds of compulsory universal testing between March 14–20 after 86 cases were reported.

Across the Shenzhen border, Hong Kong is facing the peak of its Omicron outbreak, with tens of thousands of infected cases identified daily, but the city has not yet implemented a mainland Chinese style lockdown or compulsory universal testing. As of March 13, 2022, over 32,000 new daily cases were identified and the accumulative cases have reached almost 10 percent of the city population.

While it is politically sensitive to criticize the lockdowns and other zero-COVID policies within China, some Chinese netizens took their resentment and anger out on Hong Kong.

A set of crowded, unmasked beach photos has gone viral on Weibo and WeChat as Shenzhen announced the week-long lockdown. James Griffiths, Asia Correspondent of Canadian media outlet, the Globe and Mail, shared on Twitter his observations on the mainland Chinese discussion of the beach photos on Weibo:

The beach photos came from a pro-Beijing Hong Kong online media outlet HK01’s news report about some Hongkongers taking advantage of the hot weather for sunbathing on a shut-down beach during the weekend. The happy faces in the photos triggered an outpour of rages on Weibo, such as:

They [Hong Kong people] choose to flatter the west with their lives, why do we still raise such an unfilial son? Why are we sacrificing Shenzhen to raise the unfilial son? Let him die or he will just turn into a running dog of the West.

Why can’t we just lockdown Hong Kong? Damn their smugglers. Now Shenzhen is under lockdown and they can go out and play on the beach. I really don’t like Hong Kong, why mainland China has to pay for your wrongs? Where is such superiority coming from?

In the past two weeks, a conspiracy theory suggesting that Hongkongers intentionally spread Omicron to China have been circulating on Chinese social media. The theory is based on reports that some individuals illegally crossed from Hong Kong to mainland China in February, during the early surge of the Omicron outbreak in Hong Kong.

The individuals are mainland Chinese citizens who entered Hong Kong through illegal channels and had to sneak back into mainland China.

Hong Kong had initially decided to conduct compulsory universal testing with strict lockdown measures in mid-March. Yet, the plan is now on hold as the city does not have the capacity to quarantine the infected after the surge of cases in early March.

Hong Kong’s Chief Executive Carrie Lam said the compulsory universal testing is “still on the cards.” However, whether the plan will roll out is not up to  ordinary Hongkongers, as Johnson Yeung reminded the resentful Chinese netizens on Twitter:

Some Chinese netizens are blaming #HongKong for spreading COVID and trigger a citywide lockdown and mass testing for 17M ppl.
Well, they can express the hatred but I just want to get the facts right: This happens after “Patriots administering Hong Kong”.