The hijab on Algerian TV: An end to all things French

Many female TV presenters were fired for donning hijabs 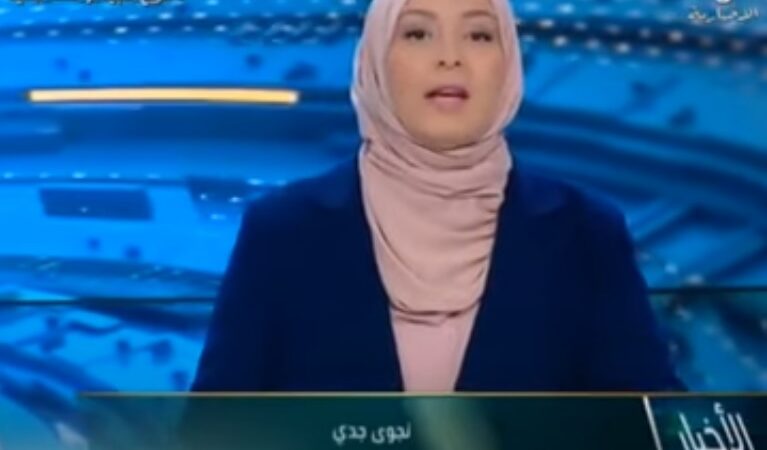 This piece was first published by Raseef22 on 25 February 2022. An edited version is republished as part of a partnership with Global Voices.

For the first time in half a century, Algerians watched a female news anchor with a headscarf give a brief on state television on the morning of February 15, 2022. This was widely viewed among Algerians as a historic event, after the station broke the restriction imposed on wearing headscarves on public television.

Since the day Algeria gained independence from the French occupation on July 5, 1962, and regained sovereignty over its radio and television buildings in October 28, 1962, Najwa Gedi is considered the first hijabi to present the news bulletin.

For the first time after the independence, Algerian state television gives space for hijabi women in news bulletins, and colleague Najwa Jedi shines bright in her presentation.

The headscarf is forbidden

A member of the Algerian National Union of Journalists (SNJ),  Reda Jawadi, asserts that Algerian television “has not allowed women wearing head cover to appear on the screen for more than half a century since the restoration of full sovereignty over state radio and television despite the fact that Islam is the state religion.”

The headscarf was forbidden on television due to personal convictions and improvised decisions issued by successive officials in managing and running Algerian state television since the independence, and this of course, is prompted by successive governments that were greatly satisfied with this policy.

Reda Jawadi said, “The television’s  latest step marks the beginning of giving  thousands of female graduates from media and communication colleges in the country and headscarves women who aspire to appear in media, the opportunity to work in the state television building on Al-Shuhada Street, or in one of its regional institutions across the state”.

The female body on the screen

Despite restoring sovereignty over television and radio from the French on October 28, 1962, Yamin Boudhan, professor of media at Qatar University argues in his comments to Raseef22 that all successive decision makers in media and television “have been inheriting European thought in both appearance and presentation.”

In their eyes, the headscarf is “a backward and uncivilized image, an idea that has been inherited from French thought,” he said, citing French policies that are widely seen to be intolerant towards Muslim traditions and practices. He added that it is unfortunate that it is unfortunate that this way of thinking, which he described as “seeking to destroy the Algerian identity from within the deepest parts of Algerian society,” continued for more than half a century, even after the independence.

While speaking with Raseef22, he went on to add that the promoted image of a women's body “had been crucial in appearing on television, and it had been important to show prominent aspects of women as an image or reflection of civilization and in order to attract viewers, and this was what Algerian television has been focusing on throughout that period.”

Veiled? Don’t even dream of a job

According to Boudhan, this has made hijabi women's dream to work in Algerian public television become “a far-fetched fantasy and a near impossibility, so all the female graduates of the media and communication departments in Algeria have ended up working in administration or education, and those who want to specialize in the field end up going to radio, news agencies, and various newspapers.”

Algerian journalist Sabah Boudras, who has been teaching in Sweden for more than four years, confirms that she “applied to work on Algerian public television, but her application was rejected during her first interview because of the hijab.”

The response was harsh and direct, and was openly tied to the hijab with the words: ‘You want to work in the news department and present news bulletins… Do not even dream of it because this will not come true. If you want to work, you should work in the Al-Qur’an Al-Kareem channel (Quran TV)’.

Sabah then adds, “I love news bulletins, so how can I go about working in another sector, and why was it prohibited? Why are the hopes and dreams of headscarved women to be creative and make media appearances, shattered and ruined by the Algerian official channel?”

Because of this and due to other reasons in the education field that she was working in, Sabah Boudras decided to leave her homeland and settle in Sweden, where she currently works in the education sector and creates news reports for Arab channels from there, and by contrast, the headscarf did not stand in the way of any of that.

Back in Algeria, a number of female journalists decided to wear the hijab on Algerian state television, but were prevented from presenting news and even from non-news programmes.

Naima Majer, an Algerian media figure, is the first anchor on Algerian television to wear the hijab, specifically during the month of Ramadan in the year 1994. But she was then prevented from appearing on the screen simply because she was wearing the hijab.

I was very pleased with the appearance of Najwa Jedi wearing the hijab on state TV, a decision that we have been waiting for for many years, as the ban was the dominant position within the corridors of the television station.

She adds that this appearance “takes us back to 1994 when I decided to wear the hijab. At that time, I was prevented from continuing my TV programmes and interviews for which there was an audience, and I contented myself with administrative work inside the television building. [Despite being taken off air], to this day, I have not regretted my decision to don the headscarf.”

But, she said: “I relived the pain which headscarves women feel in Algeria, whenever I tried to fulfil their wish to present on public television. I am ready to return to presenting and broadcasting news following the television’s decision to lift the ban with the televised appearance of hijabi presenter Najwa Jedi.”

There are many female journalists and media figures on Algerian television who have been suspended from appearing on the screen because of the hijab, most notably Naima Madjer, Nassira Mazhoud, Iman Mahjoubi, Houria Harath, and Sawsan ben Habib, according to the Algerian Ouras platform.

The emergence of the headscarf on the news bulletins of Algeria’s public television will restore hope for media graduates and those who love journalistic work to be able to access this public media institution.

However there are also fears of other impromptu decisions that may come up at any time to ban the hijab once again, as long as things are regulations are improvised and decisions are arbitrary, without any actual legal base within the institution.