She is already making history 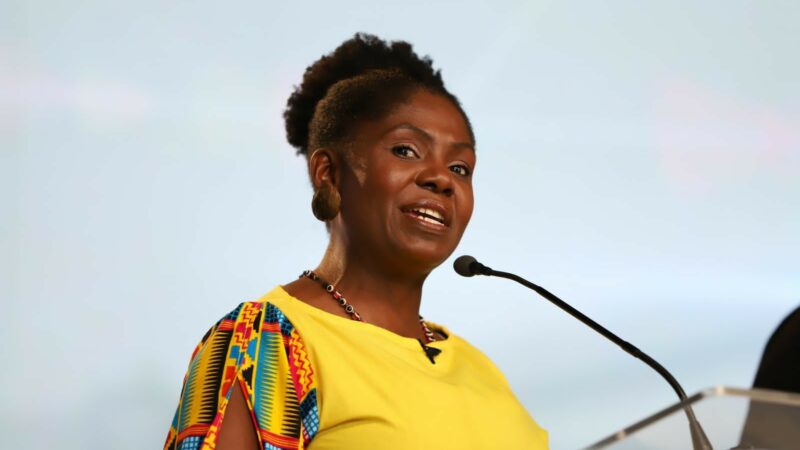 The name Francia Márquez Mina became recognizable in 2018 after she was awarded the Goldman Environmental Prize for her work protesting illegal mining in her community. Today, she is a pre-candidate for the presidency of Colombia.

Her stand against racism, patriarchy, corruption, and extractivism in Colombia made her a symbol of resistance representing millions of people affected by land dispossession, corruption, and violence.

Márquez's political philosophy is inspired by Ubuntu, a Zulu and Xhosa word that means “I am because we are.” This traditional South African concept has become the pre-candidate's motto, marking a philosophy of community and interdependence. “I am a link in the chain and the chain does not break here,” she said at a feminist convention in 2021. 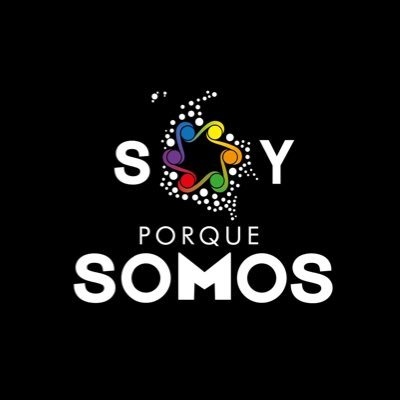 “I am because we are” is Francia Marquez's logo and slogan. Photo: Wikimedia commons (CC BY-SA 4.0)

Her proposal centers on collectively building from the grassroots level and incorporating all historically excluded populations. Her campaign and speeches have focused on women, Indigenous and Afro-descendant peoples, and LGBTQ+ communities.

She has toured Colombia's main cities with massive gatherings, full of color, music, and hope for those who see in Francia Márquez Mina a woman whose story is similar to theirs and who comes from similar regions and social contexts, in contrast to the same Colombian elites who usually dominate politics.

She received the Goldman Prize after a long process of community activism in which she organized the women in the village of La Toma, in the Cauca mountains, to stop illegal gold mining on their ancestral lands in 2014. Márquez then led 80 women on a 10-day and 350-mile march to the Colombian capital. As a result of this campaign, all illegal miners and equipment left the territory.

When accepting the award, Márquez made clear her leadership in environmental struggles, her awareness of the Afro-descendant struggle, and her commitment to freedom, justice, and truth:

I am a woman of African descent. I grew up in an ancestral territory that dates back to 1636. From an early age we are taught the value of the land. We know that the territories on which we build our community and nurture our culture are not a gift, since it cost our elders many years of work and suffering in the mines and slave plantations. The upbringing in my community is based on values such as solidarity, respect and honesty.

So, at 36, Márquez continues to denounce a situation that afflicts not only her region but also many other ancestral, Black, and Indigenous territories. She has even risked her life in a country that, according to Amnesty International, is “the most lethal country for human rights defenders.”

In Colombia, Afro-descendant peoples are among the historically marginalized groups, as they are the result of enslavement of African people. Today, they continue to be victims of structural racism, homicides, and forced displacement due to armed conflict, drug trafficking, and takeovers of their lands by mining and timber companies.

Today, Márquez is part of the “Historic Pact for Colombia,” a coalition of left and center-left parties that will hold its national consultation on March 13 to choose its candidate for Colombia's presidential elections in May 2022. At the moment, Gustavo Petro, senator and former mayor of Bogotá, is leading the pre-electoral polls.

Unlike other pre-candidates, Márquez does not have a great deal of experience in the political arena. Despite this, she has introduced herself just as she is: a Black lawyer, mother, head of household, and community leader who has spent most of her life as an environmental and human rights activist. Up until recently, she was particularly well-known in Afro-descendant communities and environmental movements, but her profile and ideas have exponentially become more visible, and the strength with which she is presenting herself has been a source of debate and surprise for the country.

During the pandemic, and with the limitations placed on crowds and public squares, Márquez's campaign has filled social media with messages, meetings, photos, music, and the support of individuals and social groups.

Tumaco | Let's go from resistance to power #HastaQueLaDignidadSeHagaCostumbre (UntilDignityBecomesHabit).
This pact is made with the people!

For many Colombians, Márquez, an Afro-Colombian woman, and presidential pre-candidate, has already written a new chapter in the history of Colombia. This woman, whose life has been threatened for her activism and who has seen fellow men and women lose their lives in defending life, has become a reference not only for Black women and girls like her, but for all Afro-Colombian people so that they know that it is possible to write a different future.

In that vein, the first Black woman running for presidential elections in the history of Colombia concluded her official candidacy with the following:

Tell Colombia that after 200 years, the granddaughter of the women who were burned alive for giving birth to freedom and dignity for this country is putting all her efforts, all her love, all her commitment, to make this Colombia a better place. So that our sons and daughters can live in dignity. I am [doing this] because we exist and as a people we do not give up, dammit!