Opposite ends of a tragedy: The companies involved in Trinidad & Tobago's diving deaths speak out 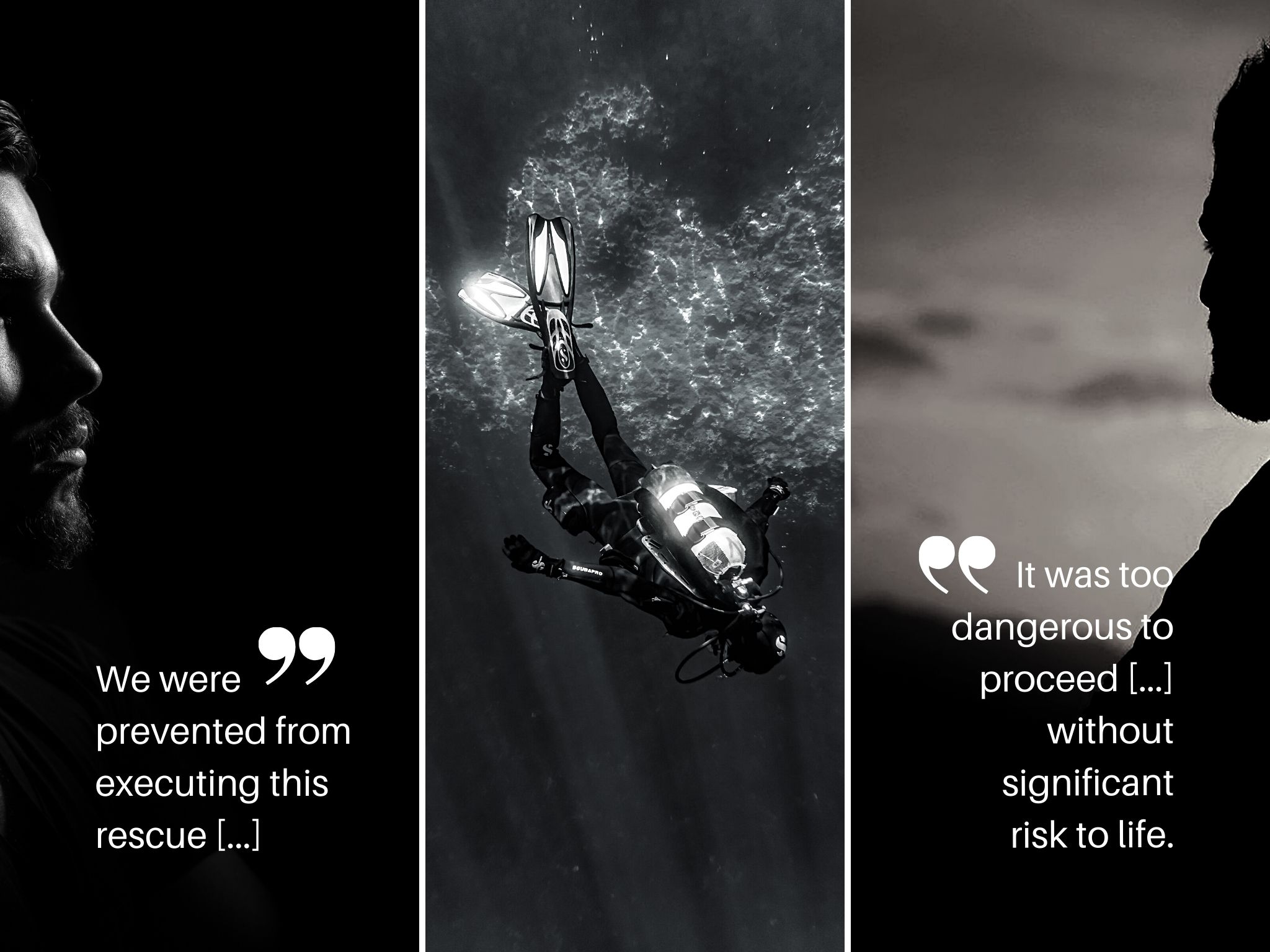 The horror surrounding the deaths of four divers who were sucked into an oil pipeline on which they were working on February 25 is, naturally, still fresh in the minds of Trinidad and Tobago citizens. Now, a March 7 statement from the diving contractor, LCMS Limited, and a response from the state-owned Paria Fuel Trading Company Limited, on whose job site the incident occurred, has made the situation even more charged.

LCMS, which is owned by Kazim Ali Sr., whose son was one of the divers killed in the incident, said on February 28 that Paria had been “fully supportive” throughout the process and “continue[d] to provide all their resources to support our [rescue] efforts, including people, capability and equipment.” However, a statement put out by the company's attorney Gerald Ramdeen has indicated a change of heart, placing the blame for the accident squarely at Paria's doorstep:

From the time that LMCS was made aware of the loss of contact with our divers on the 25th February 2022, our singular aim was the rescue of our employees. We not only had the manpower and personnel to carry out their rescue, but we provided Paria with the methodology to execute the rescue. At all material times we were prevented from executing this rescue by Paria and the Trinidad and Tobago Coast Guard. We were not given the chance to save the lives of our employees. The effect of those decisions prevented us from attempting to rescue our employees and those who made those decisions must be held accountable for them and must justify those decisions, not only to the families, but to the public and to the authorities that are responsible for the enforcement of the law.

The company also said it had “retained, at its own cost, the services of a specialist pathologist to undertake private autopsies for all of the deceased,” a claim that immediately raised the eyebrows of some social media users, who observed that at least one funeral had already been held.

For those questioning the timing of LCMS’ public statement, Alana Jurawan replied:

The owner of LMCS had to bury his son. You think that might be the reason for the silence??

On March 4, it was announced that LCMS had been temporarily suspended from all pipeline work at Paria.

The tragedy has been turned into a bit of a political football, with the country's opposition United National Congress (UNC) pressing for the resignation of the Paria board, advising energy company heads not to sit on the investigative committee appointed to look into the incident, alleging that one member of that committee, Eugene Tiah, has ties to the governing People's National Movement (PNM), calling the probe a cover-up, and demanding that its eventual report on the incident “be published in its entirety and fully scrutinised by Parliament.”

This political subtext has also infiltrated the tone of online discourse about the incident, from both sides of the political aisle. The pressure eventually caused Tiah to declare on March 8 that he would be stepping down from the investigating committee. That evening, Prime Minister Keith Rowley announced that the committee would be scrapped and replaced by a Commission of Enquiry, since this would allow for those involved to be “called and summoned and cross-examine[d].”

Paria, which had been criticised for being slow to communicate when the incident occurred, did not wait to get its version of events into the public domain, calling the claims in the LCMS statement “with respect to the role of Paria […] not only inaccurate but also unjust.”

It also defended its conservatism in speaking publicly about the incident, saying, “[I]t was not appropriate at any time prior, to engage in any discourse which would unnecessarily distract from this tragedy and its impact on the families involved.”

Offering some context about the project itself, Paria confirmed that LMCS had been carrying out maintenance work on the pipeline at its facility since June 2021. Addressing the allegations that the company was somehow responsible for the suction that pulled the divers to their deaths, the statement noted:

Prior to the commencement of this project, the said pipeline had been inactive – since even before Paria commenced operations in December 2018 – and it would remain inactive until the project was completed. It is therefore important to note that there is no pipe connection mechanism, machinery, or equipment whatsoever connected to the section of pipeline under repair, so nothing could have been switched on or activated by Paria, to change the condition of the pipeline while the project was being undertaken by LMCS.

As it claimed in earlier press releases, Paria said that “upon being notified of the incident by LMCS, it immediately activated its Incident Management Team” and contacted the relevant contacted emergency response organisations. Addressing LCMS’ claim that it “prevented” the rescue of the divers, Paria said:

It was determined by Paria – and supported by the Coast Guard, the OSH Agency, and external experts – that [after the rescue of the fifth diver, who was found near the top of the pipeline] it was too dangerous for anyone to proceed further into the pipeline without posing significant risk to life.

Saying that the company would provide whatever material is needed for a proper investigation and “participate fully in the process,” the statement asked the public to “await the outcome of the investigations before arriving at any further conclusions.”

This did not stop commentators and social media users from sharing their perspectives, however. On Facebook, Ken Ali interpreted Paria's response as “gross disrespect to the honour of the four employees who lost their lives in the diving workplace tragedy as a result of the authorities’ incompetence and negligence,” and suggested that it “compounds Paria’s identifiable systems failing, poor health and safety culture and slipshod management”:

The official response to this human tragedy typifies a society in which human life has been devalued through governance that protects the status quo and is cold toward the working masses.
In properly administered countries, bosses pay with their jobs and companies are subjected to legal charges.

Similar sentiments were expressed by Noble Philip, writing at Wired868:

We want to be paid like those in the developed world, and we boast of being world-class—we should live by the same norms. […]

This breathtaking plunder of faith has disastrous consequences for the nation. The handling of this affair plants a torpedo under our business community and our politics.

The grieving families of the divers have said they intend to pursue both criminal and civil litigation against Paria. In the meantime, many want answers.