What lies behind India’s silence on Russia’s invasion of Ukraine? 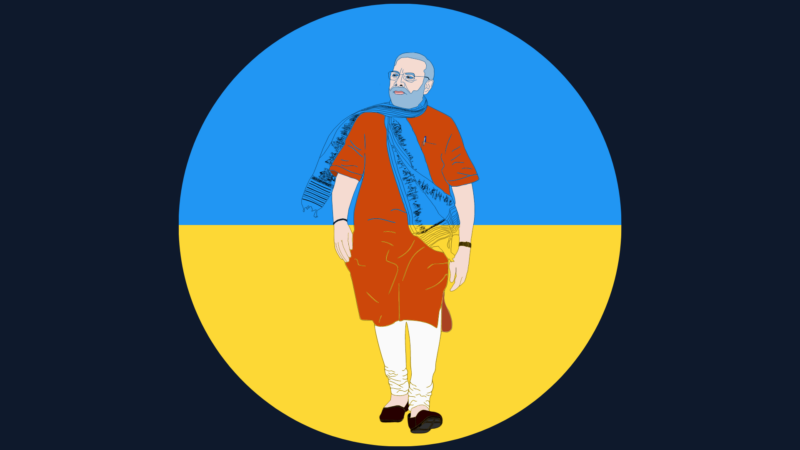 When you inhabit international spaces, you often find yourself having to represent your country in a most literal way. Whether it’s a classmate from grad school asking about a protest movement or my boss asking for my country’s take on a political situation, I have often found myself asked to explain India and its choices. So I was ready for it last week when Russia invaded Ukraine and all of us in the Global Voices newsroom began discussing the reactions in our respective home countries.

What I did not expect, however, is that I would find myself with nothing to say. India was being quiet and cautious, effectively standing in a corner hoping everyone would forget it was in the room. The question then became — not just in my own circles, but everywhere — why? Why is India not taking a side? The so-called largest democracy in the world should surely be on the side of the forces of democracy, standing with Western Europe and the US. Both Russia and Ukraine appealed directly to India, asking it to take a stand. Yes, India called for de-escalation and expressed regret that Russia and Ukraine could not find a diplomatic solution, but it remained steadfast in abstaining during UN votes, one of 35 countries to do so, along with nearly all South Asian countries. We began to hear reports of Indian students trying to flee Ukraine being held at the borders supposedly because of India’s stance at the UN.

As a person who is strongly anti-imperialist, against war and occupation, and opposed to the use of military weapons and force, I struggle to articulate India’s ambivalence, and also my own mixed feelings. On the one hand, I am upset by the horrible things happening to civilians in Ukraine, to people only one degree away from me. Nor do I have illusions about Vladimir Putin, his ambitions or his methods. But I am also tired of a global society and culture that is so obsessed with the West and the interests of the US and a few Western European countries that they gloss over issues such as shameless vaccine hoarding and discrimination in a pandemic.

Similarly, horrible things are done to non-Europeans every day, often fueled almost literally by Western arms and ammunition. The same governments calling for Russia to be demonised and proclaiming the martyrdom of Ukraine sell surveillance technology and weapons to undemocratic governments to use against their own citizens — it’s just that the bodies in the line of fire are brown and Black. When the little girl confronting a soldier is incorrectly called Ukrainian, she’s a hero. But when she’s actually Palestinian, she’s sent to jail.

With our geographic distance from it, I struggle to care about the conflict in Ukraine and treat it as if it is the only war taking place at the moment, the only violent occupation (such as Yemen, Palestine, Kashmir, Ethiopia, Syria, Libya, Myanmar, and Papua). As a citizen of a postcolonial society, I sit uneasily with the implication that the whole world must immediately prioritize the goals and problems of the white West over their own.

Even so, my personal internal conflicts aside, what does this war mean to India and to Indians? For one, we don’t really have a horse in this race. Neither Ukraine nor Russia is a physical threat, but while the whole world has its eyes focused on Eastern Europe, the country that poses a genuine threat to us — China — is likely to take advantage of the distraction. And, when that moment comes, we will take whatever allies we can get.

India navigated the Cold War without explicitly picking a side, managing to stay non-aligned. But this geopolitical fact doesn’t give due credit to the close relationship we had with the USSR during our early decades as a nation. It was the USSR who sold us fighter jets and tanks; it was the USSR who gave us scientific equipment and training; it was the USSR that sent us the affordable translations of Tolstoy, Dostoyevsky and Pushkin, and other children’s literature that many Indian children grew up reading between the 1960s and 1980s. I grew up reading stories of tragic love in malachite mines by Russian authors whose names I didn’t know how to pronounce, Baba Yaga and her house with the chicken feet, bears, snow and black bread. When I sulked about learning maths my mother got me a book called “Maths with Mummy,” that immediately captured my interest though they kept talking about “roubles” and “kopecks,” whatever they might be; I will always remember the boy on the cover in his jaunty blue hat, sitting atop a tower of numbers holding his ice pick.

My mother, a geophysicist who graduated college in 1972, learned to read Russian off the manuals of the instruments they used for many years. One of my friends was even named Misha, after the mascot of the 1980 Olympics in Moscow. The US only existed as a place where I had an uncle and aunt who would visit with Judy Blume’s books, Barbies and a Sony Walkman — the first time these US markers touched my life. The cultural fabric of my childhood and adolescence was far more deeply intertwined with the Soviet Union than it was with the United States.

During Khrushchev’s time in power, the USSR gave India considerable economic and military assistance — they even allowed us to produce MiG planes here, something they had refused China. The USSR supported India in territorial disputes and proved a staunch and reliable ally.  A recent BBC perspective puts it well: “Moreover, it's hard for Delhi to overlook decades of history of diplomatic co-operation with Russia on several issues. Moscow has vetoed UNSC resolutions over disputed Kashmir in the past to help India keep it a bilateral issue.”

This is also how things stood geopolitically. During the Bangladesh Liberation War in 1971, the government of Indira Gandhi chose to support East Pakistan, a stance that was viewed in a most jaundiced manner by the US, which was firmly in Pakistan’s corner. (This was a war where the ruling party in a democracy was refusing to accept the overwhelming results of an election because the winners were of a different ethnicity — and the US was on the former ruling party’s side.) This led to a standoff in the Bay of Bengal that is the stuff of legend in India: caught between the US fleet led by the USS Enterprise and British ships in the Arabian Sea, the Indian Navy’s Eastern Fleet appealed for help from the USSR, who sent naval support that enabled then prime minister Indira Gandhi to stand firm.

The blog War is Boring has this to say about the event:

Indeed, a Soviet naval task force from Vladivostok consisting of a cruiser, a destroyer and two attack submarines under the command of Adm. Vladimir Kruglyakov intercepted Task Force 74 in the makings of a deadly Cold War standoff. Kruglyakov gave a rousing account in a T.V. interview of “encircling” the task force, surfacing his submarines in front of the Enterprise, opening the missile tubes and “blocking” the American ships.

Nor was this the only time that the US has supported Pakistan — both Operation Cyclone and the inclusion of Pakistan in the military alliance CENTO come to mind — besides never really punishing them for harbouring Osama Bin Laden (though quite happy to punish Iraq for that same sin) and all the assistance they have given and continue to give to Islamic militants. Such a track record makes India nervous about committing to the US's side, especially in a time when one outcome of the crisis could be China and the US mending fences now that Russia is the “worst guy” again. Meanwhile, Russia is India’s primary defence partner, supplying us with the S-400 missile defence system we would need should one of our neighbours target us — and the US has not promised to waive sanctions should they fall upon us.

Despite this, India cannot openly support the Russians, because it cannot afford to  turn its back on the United States. Remaining neutral is generally seen as tacit support, while giving India and the US a fig leaf to keep dialogue and discussion open.

Still, there are those in the country who think we should take a moral stand on the issue of violated sovereignty, and they are not wrong, but what leg do we, who have occupied and militarily dominated Kashmir for decades, have to stand on in that argument?

And so India stands, in the corner of the room, only drawing attention to ourselves when we want permission to leave to use the bathroom, hoping this will all blow over, while also knowing that it likely won’t. As for me, I continue to sit with the tension of wanting the war to end, but at uneasy peace with India's position, of needing to give my attention and concern to the West and angrily wishing it would give us some in return. 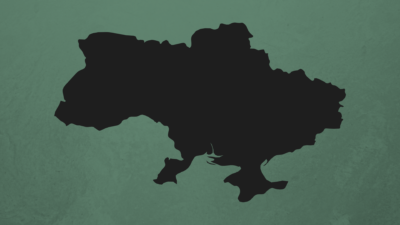