This International Women’s Day, let’s come together against violence

One day a year of honoring women is not enough 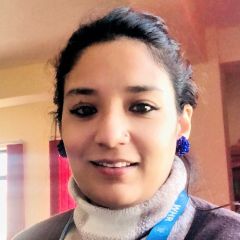 International Women’s Day is Tuesday, March 8 and celebratory events will be held around the world. This year’s theme is #BreakTheBias, aimed at imagining “a world free of bias, stereotypes, and discrimination.” While this holiday offers hope for gender equity, it is also a reminder of the omnipresent phenomenon of violence against women, which exists regardless of the day, and needs to be addressed in a fundamental way.

Nepal celebrates International Women’s Day with events that are women-led, grand, and public. Women have the day off, and government officials appear at rallies to make statements about the country’s commitment to gender equity. There is singing, dancing and a feeling of conquering the street. Hundreds of strangers come together in an overwhelming demonstration of sisterhood. The holiday feels liberating, but it is also markedly different than the rest of the year, when that type of freedom is hard to come by.

Although Nepal has progressive laws, it is still a conservative and patriarchal society. Harassment is everywhere. Neither walking nor taking public transportation is safe at night for women or girls. That’s why taking to the streets, even for one day, is so energizing. All forms of violence against women are rampant throughout Nepal, including rape, polygamy and domestic violence. There’s an acceptance of this behavior on the basis that it is simply part of the culture, plus a lack of awareness about what qualifies as physical or verbal abuse.

According to data provided by Nepal Police, over a three-month period in 2021, a total of 4,773 cases of violence against women and children were reported. Of these, 88 percent were domestic violence or rape. Although there are laws in place to protect women from these crimes, most women are unaware of their rights, or fear going to the police.

Widows — numbering approximately half a million in Nepal — are particularly vulnerable. They face tremendous stigma and discrimination. In the absence of a husband, widows face multiple challenges, including gaining legal access to their deceased husband’s property, leaving few pathways out of poverty.

As people the world over come together to celebrate International Women’s Day, we should reflect on what it’s like to be a woman the other ​​364 days of the year. We must work together to make women truly equal in society, which starts by being free from violence. 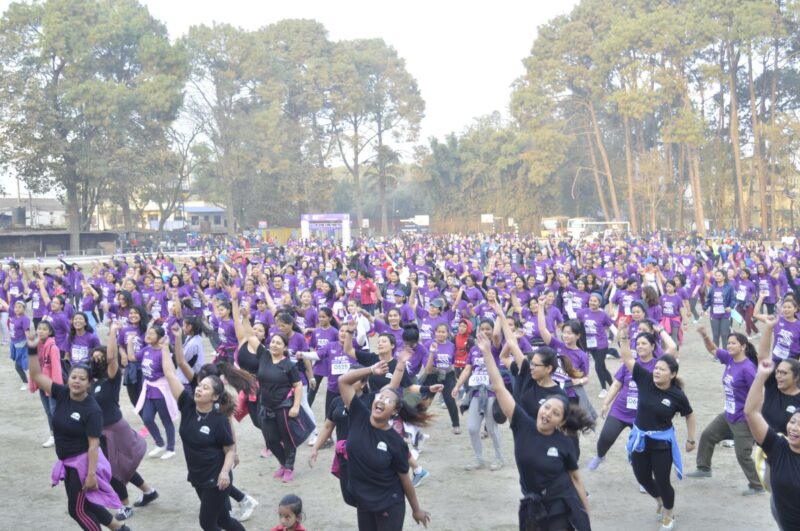 I am part of a coalition of thousands of women’s rights activists around the world advocating for a global treaty to end violence against women and girls as a critical step forward. A new global treaty will provide protection not only to survivors and victims, but also to frontline activists, providing unified definitions of what qualifies as violence against women and girls, and mandating training for police, judges and health care professionals on how to recognize and handle these cases. It will standardize reporting metrics and promote accountability. If other global treaties are any indication, this one has the potential to catalyze the funding necessary to ensure proper implementation of these anti-violence interventions, so that they don’t just exist on paper.

The South Asian subcontinent has been home to a vibrant women’s rights movement for millennia. But unlike in Europe, the Americas, and Africa, there is no regional legal framework to protect women and girls from violence, making us particularly vulnerable. More than 37 percent of women in South Asia have experienced violence at the hands of their partners.

In Afghanistan, the US withdrawal and return of the Taliban continue to have a devastating impact on women and girls. In Bangladesh, over 70 percent of married women or girls have faced some form of intimate partner abuse. Pakistan remains the sixth most dangerous country in the world for women. And in Sri Lanka, a woman is raped every 90 minutes, with virtually no legal consequences.

This March 8, we should build alliances between countries to draw the line against violence. Norms and traditions that are harmful to women should not be preserved. We need international standards, so there is no confusion about how we stop domestic violence, rape and other forms of abuse.

I work with survivors and listen to their stories. Sometimes I can help them get through a crisis, and sometimes I have an overwhelming feeling of helplessness. Either way, the risks for women activists are considerable. We need international law to back us up.

If we truly want to #BreaktheBias and bring about gender equity, we need meaningful change. Notwithstanding the Convention on the Elimination of All Forms of Discrimination Against Women’s achievements, gender stereotypes and discrimination still exist everywhere, across religions, cultures and races. Nowhere is immune. A new global treaty reflecting global values will establish agreed-upon standards to protect women and girls from violence.

Rallies, street theater and public gatherings honoring our connections as women are not bad ways to mark International Women’s Day. But one day isn’t enough, when women’s rights are violated the rest of the year. When there is no more violence against women and girls, then we’ll really have something to celebrate.

Upasana Rana is Senior Program Manager, Women for Human Rights Nepal. She is one of a group of organizers leading the forthcoming conference, Resonating from South Asia to the World: Global Norms to Address Violence Against Women and Girls, which will be held in Kathmandu on March 15 to 16.