Australia's iconic marsupial is threatened on many fronts 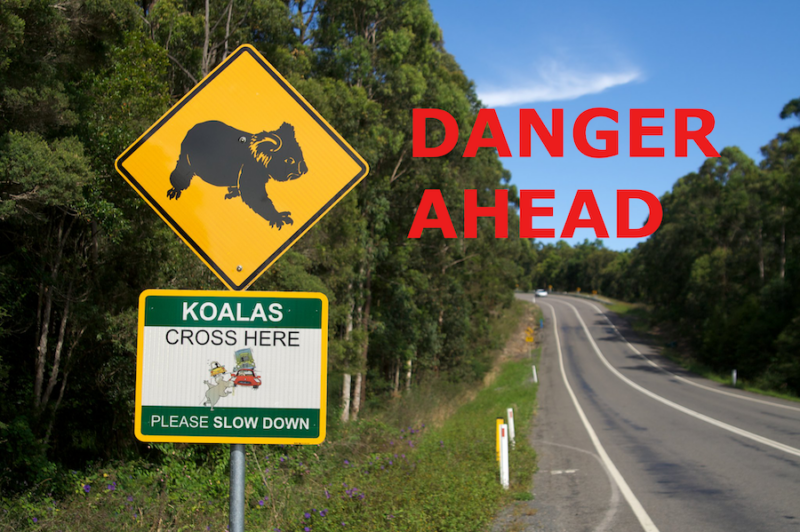 February was not a great month for Australia’s koala populations. When Australia’s Tourism Minister Dan Tehan greeted airport arrivals with stuffed koalas following the opening of international borders on February 21, 2022, perhaps he should have first talked to his colleague, Environment Minister Sussan Ley. Ten days earlier, the nation was faced with grim news about its popular marsupial.

Koalas will be listed as endangered, instead of vulnerable, across much of Australia’s eastern seaboard to try to protect dwindling populations.

But conversation groups warn the listing – which covers Queensland, NSW and the ACT – won’t be enough to bring the marsupial populations back from the brink.

The Environment Defenders Office described it as “a sad but welcome intervention to protect Australia’s iconic marsupial as populations continue to decline.”

The announcement followed recommendations from The Threatened Species Scientific Committee. This came shortly after the federal government decided to allocate funding of AUD 50 million for koala conservation.

For those new to these photogenic creatures, koalas are not bears. Koalas are found near the eastern and southern coasts in Queensland, New South Wales, Victoria, and South Australia. Like kangaroos, they raise their babies, called joeys, in their pouches.

The funding allocation met with a mixed response. At The Conversation, three academics argued that current conservation efforts are insufficient:

…until the problems of habitat loss and land clearing are addressed, national koala populations will continue to dwindle.

The primary driver of koala population decline is the clearing of its habitat. No amount of money can save koalas unless we tackle this.

The threats come in many forms. Their habitat is being besieged on multiple fronts, largely due to land clearing associated with agriculture, farming, and mining. Growing cities are also encroaching on their territory.

In addition, they are threatened by droughts and bushfires, which are becoming more frequent due to the climate crisis. Rising temperatures are changing forests, reducing their food supply and quality.

Collisions with vehicles and attacks by feral and domestic animals also take their toll on koala numbers.

In addition to the Federal government funding, there are numerous recovery programs and public awareness campaigns run by governmental and private organizations in response to the threats.

The states that house koalas are spending millions to save the endangered creatures. After the 2019-2020 bushfires, the News South Wales government launched a protection program. It almost caused a split in the State government, with the rurally based National party threatening to leave the coalition.

The Koala Hospital, managed by Koala Conservation Australia (KCA), is one of the largest non-government organizations doing their bit for conservation:

Sleeping soundly, but Summer needs your support. By adopting our koala, you help fund our ongoing work to conserve koalas. Please click the link below to make a real difference to wild koala conservation. https://t.co/HWYi3SzTjZ
Thank you for your support 💚 pic.twitter.com/xG84wu6OW5

The following video explains their work in more detail:

To increase the population, these organizations introduce koalas to new areas and translocate them between high and low-density population areas, but these methods are often controversial. The introduction of koalas to South Australia’s Kangaroo Island has created problems with over-population. In contrast, the 2020 bushfire there killed many koalas, with one estimate that the island's koala population had been reduced to 8,500 from 48,000 before the fires.

However, the effectiveness of conservation programs is often questioned. The Australia Koala Foundation (AKF) questions the use of relocation projects:

But rather than there being too many koalas, the AKF believes there are too few trees.

These Koalas were placed in habitat that was not good enough in the first place, as a result of translocations.

“The best thing about recovery plans is nobody pays any attention except for a few greenists and weary scientists”
Good riddance to the koala bear, Australia's most useless animal! | First Dog on the Moon https://t.co/bQ1WVc9xv1

Retired journalist Neil Naessens took aim at those whom he sees as to blame:

#Koalas went from from “Vulnerable” to “Endangered” under Australia’s national environmental law. As worrying as this is, the REALLY shocking thing is that business interests (mining, farming, coal and gas etc) are deliberately driving the extinction threat.

The tourism minister’s publicity stunt was met with derision on social media:

The Tourism Minister greeting international arrivals like a serial killer waiting in a darkened carpark pic.twitter.com/x6IkqgIseZ

Dan Tehan at the airport. And they are giving toy koalas to the newly arrived! You can bet they don't have a tag on that says “endangered species”.

Kailas Wild, who worked rescuing burnt koalas on Kangaroo Island in 2020, is no fan of the current Federal government:

Hey @sussanley promise you’ll have your photo taken with me next time we have to euthanise a burnt koala.

With just months before a national election, it is no surprise that many people are cynical about all the political posturing:

Over the past 10 years we have seen a revolving door of Environment Ministers who have done nothing. But, now that an election campaign is ramping up, we seem to see them cuddling a Koala every second day 🐨 🤔 #AusPol #Election2022 pic.twitter.com/d1WtjQAY59

Some estimates suggest koala tourism brings in as much as USD 3.2 billion to the Australian economy each year and creates up to 30,000 jobs. They are a source of economic and cultural pride all over the country. Incidentally, our Café Local Italian in Sandringham, Victoria sells this popular item: 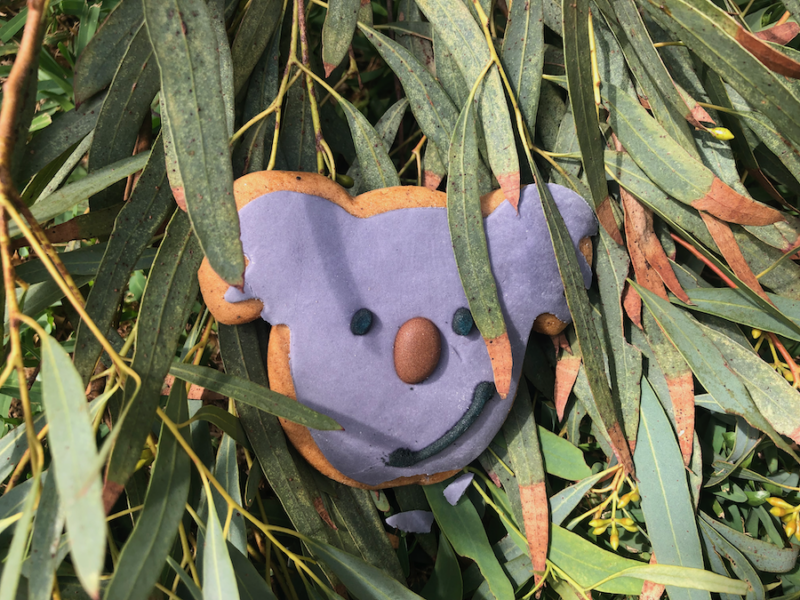 A gingerbread koala biscuit . Courtesy of the author.

It seems fitting that March 3, is World Wildlife Day.