“Nothing can break these people”: Social media dispatches from Ukrainians

Online, Ukrainians share what's happening to them in real time 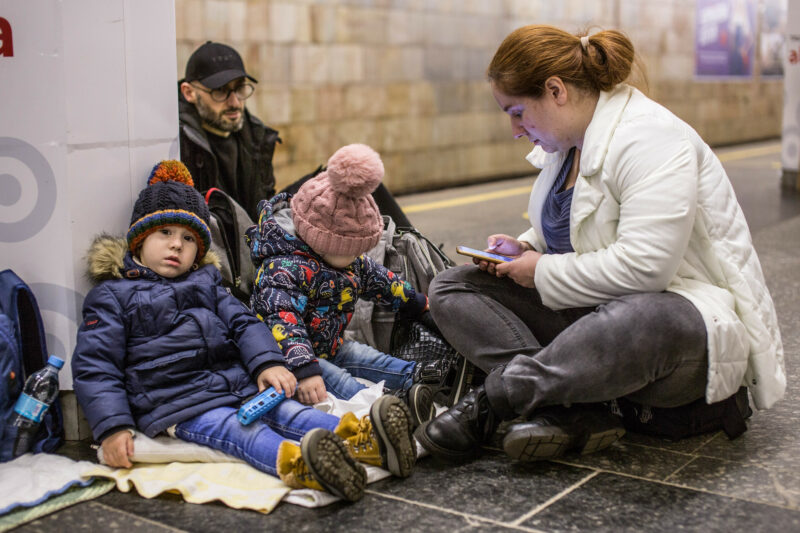 This article appeared on OpenDemocracy on March 3, 2022. It is republished as part of a content-sharing partnership and has been edited to fit the GV style.

Ukraine has been shaken to the core by Russia’s ongoing invasion of the country. On social media and in private correspondence, Ukrainians talk about what is happening to them, to their families and the people around them.

openDemocracy selected several short Facebook posts and social media messages from Ukraine. We have translated them with little to no edits and without comments. We publish them here with permission.

After spending the night in a bomb shelter, I woke up at 6 pm, took part in a Zoom meeting entitled “No war” [titled in Ukrainian and Russian] and fell asleep again. [Then I awoke and] read that the oil storage facility in Vasylkiv had been blown up and that everybody should run to the bomb shelter, because everything that can fly in the air is flying towards Kyiv.

I have a rare gift for getting into comical stories in any given situation. It happened again. I read that we were going to get bombed. The metro was far away. The basement door was locked. Before the war started, I had called the management office and they told me someone would come and open it. So I freaked out and broke the door down with a hammer.

Unsurprisingly, the neighbours came running. They said, ‘what the fuck do you think you’re doing?” I said: “Well, it seems we’re getting bombed.” They said, “this is not a shelter, it just has electric wires. The war will end and we’ll have to repair the door because of you. Show us your documents anyway.” I did and it says that I am from Russia. They said: “Do you realise how serious this is?” They ran to call the cops. But that was an hour ago and no one came.

I’m going to bed. I’ll fix this tomorrow. This is more serious than a Russian bomb. I’ll have to fix this door and to sweep the mess. One mustn’t panic. Glory to Ukraine.

Update: I went back this morning, swept the floor, put the guard back in place.

It’s the second day and the second night we spend in the metro. They just announced that they have sealed the station and that the doors won’t open. We don’t know for how long. We can’t hear what is happening outside. The kids are asleep and don’t know about this for now. Well done me, I put all their gadgets on to charge before they fell asleep.

We have chargers, a bathroom, even if there’s huge lines for [both]. For now, we haven’t eaten all our food, we haven’t drunk all our water. We have two cats and a hamster with us.

I don’t see a reason to keep it to myself. This is just an account of what is happening. To Russian friends who have been living under a rock: we’re experiencing a real war, your troops seized Crimea, terrorised the Donbas for eight years and now they have come for us. To sensible Russian friends: no, you are not to blame. There is no collective responsibility, only individual.

To hyper-patriotic friends: no, language is not magical. No, internal enemies are not worse than external ones. They’re not even enemies. To sensible Ukrainian friends who went to the military registration office to get enlisted to defend the country: that’s cool. To those who left to evacuate their family: that’s cool. To those who stayed and are doing what they can in the circumstances: that’s also cool. 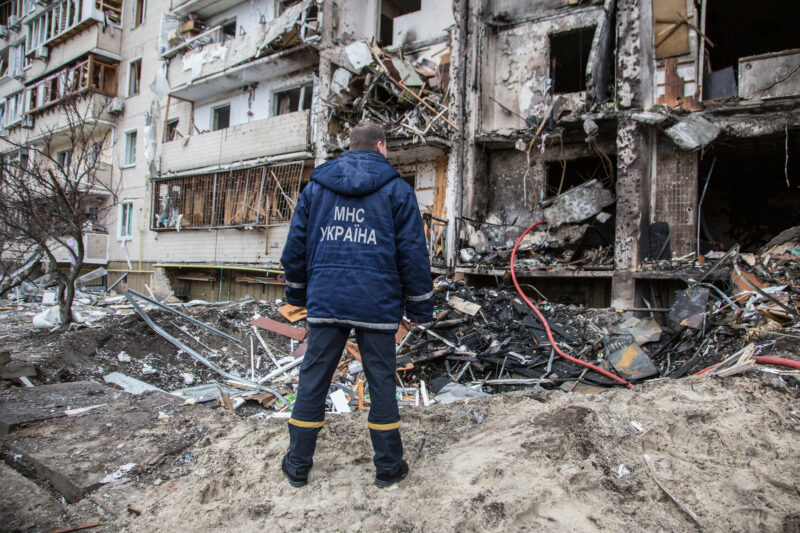 I learnt how to light a stove. Life in the countryside allows you to effectively fight panic, which had me bent double on the first day. People who live here respond to any request. People have organised themselves, have set up checkpoints between villages, patrols which go around asking strangers to say “palyanytsia” [a festive Ukrainian bread, the word contains diphtongues unique to the Ukrainian language]. I have already been asked to say it three times because, covered in wires and power banks and with a laptop under my arm, I must look very strange.

They have bad internet here so I’m going from house to house looking for a stable connection to try to help at least a little bit my colleagues who stayed in Kyiv and other cities. At night, we have almost no internet. But the radio works. It’s surreal. One can listen to propaganda-soaked Radio Mayak [a major Russian radio station] in a village in the middle of nowhere. And if on the night of 25 February, [Russian TV host Vladimir] Solovyov and his mad fucking guests spread poison, yesterday they broadcast a programme about culture. I’d say Russian warship… you know what I mean.

From personal correspondence with a Kyiv resident, who left the city on February 24

“Where are you now?”

“On the bus outside of Kyiv, we’re going slowly, there is a battle ahead.”

“There is a military airfield in Hostomel. Several Russian helicopters were shot down there. But it looks like we’ve made it through.”

Having been in Donetsk in the summer of 2014 I can tell you that doing simple things really helps. All summer I pickled tomatoes, aubergines, peppers. Of course, in the end I left it all to my neighbours. For their good health! Now I’m in Odesa. It’s become a reflex. I’ve done two rounds of laundry, vacuumed and fed the cats. I’ve baked a fish and had a beer but it’s not working :(( Yes, it’s scary, yes, I’m scared, even though I thought I had already gone through all possible circles of hell with Crimea. I look at the sea from the balcony and I believe in my country. Roll call with all cities every hour. He missed again, the old prick! Nothing can break these people.

From personal correspondence with a woman from Kyiv, who lives with her elderly mother, February 27

“My uncle is in bed with COVID. He’s 80. It’s good that his relatives took him to Kyiv on the 23rd, as he lives in the country. He barely spoke. He’s not going anywhere, from the fifth floor of a Khrushchev-era building with no lift. Mum is also unable to go down so if anything we will just sit in the bathroom.”

Note: this post lists common expressions in messages between people and in group chats.

Did you sleep at least a little bit?

I’m running to the shelter

Take care of yourself

Don’t worry about us

My phone is dying

Yesterday was a relatively good evening – there was a temporary relief, no siren all night where I am (maybe we just didn’t hear it anymore…). A long chat about economic theory of barter and resilient networks with a friend – felt like falling out of the reality of war for about two hours, we couldn’t believe it ourselves. We felt temporarily grounded, feel stronger and rebooted today. But what allowed it is the happy news that my friend, her mother, daughter (my goddaughter) and their dog finally escaped the “wrong bank” of Kyiv, the bomb shelter where they were for days with just brief periods outside, and have left for Lviv on a train. The relief of that news… knowing they are in relative safety… Nothing in the world feels better than that. Nothing.

There are still many friends and thousands of other people left in danger, dying and getting injured. We will win. And in the meantime, I wish everyone in Ukraine to at least get the news I had yesterday.

I am looking at the photos of the destruction of Kharkiv and I am choking with tears. My city, which I love more than anything in the world, which even the wild beasts who call themselves ‘liberators’ will not force me to leave. I am bad at forecasting what is going to happen. Since 2008 I have said many times that having tasted blood, Russia will not stop, though I didn’t believe it would attack in 2014. And even now, when we were facing a big war, I still did not believe and did not even evacuate my family, who are now hiding from bombs in a basement. I could not ask myself the question – and what will happen if this happens to me? I was living with my own concerns, I thought about my career and family. And at that time, the inhumans in the neighbouring country had already approved their plan for exterminating my country. When we win, we will restore my city and country quickly, like a fairytale. I want to spend all summer helping my city wipe away the scars of war. I don’t really know how to do that, but I can definitely carry cement and bricks :) And for those who don’t live to see this happiness, we will raise the best monument, not an idol, but of people, how we remember them, and every one of their names will be revered by everyone of us.