The battle of identities: Why the Kremlin claims to speak for ‘Russian-speakers’ in Ukraine

Speaking Russian does not mean you feel Russian 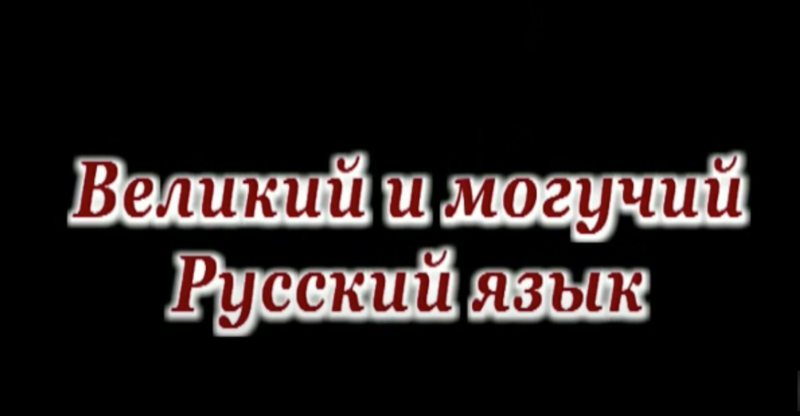 A key concept in Moscow’s narrative around its war in Ukraine is the term “русскоговорящие” or “русскоязычные” which refers to Russian-speaking people. What does this term refer to and why is it instrumentalized politically?

Linguistically speaking, Russian, Ukrainian, and Belarusian form what is called the Eastern branch of Slavonic languages. They all come from the common Slavonic language that was the main language of communication in Kyivan Rus, the 9th to 13th-century civilization that emerged in what is today Kyiv and radiated from there to Ukraine, Belarus, and the European part of Russia. Despite their many differences, all three languages use the Cyrillic alphabet and allow for some degree of mutual comprehension without translation. They are still inherently separate and have distinctive literature and contexts.

Until the end of the Russian Tsarist Empire in 1917, the territories where those three languages were spoken were mostly under Russian and Polish control. Tsarist Russia imposed Russian as the language of administration, the army, and education, while Ukrainian and Belarusian were spoken at home, on the street, in churches, and at certain periods in schools. In most parts of the Tsarist Empire, elites were bilingual, as to speak Russian offered social and economic privileges.

The Soviet notion of “Russian-speakers”

As the new Soviet state emerged and strengthened its institutions in the 1920s, it implemented various policies, but eventually, in 1938, it declared Russian as compulsory in all Soviet schools.

Russian was supposed to become the dominant language of all peoples in the Soviet block in a utopian Communist future — a language of science, progress, and peace. Russian, in that discourse, was often described by a quote from the 19th-century Russian writer Ivan Turgenev as “великий, могучий русский язык,” or the “grand, mighty Russian language.”

Thus previous Tsarist policies were reinforced and led many non-Russian elites to send their children to Russian-only schools, instead of schools with a curriculum in the dominating language of one of the 14 non-Russian Soviet Republics. Russian would be reinforced at home, and become the main language on television. As a result, large numbers of non-ethnic Russians became native speakers of Russian, with varying degrees of knowledge of their heritage language. These heritage languages were often viewed as non-attractive or useless. For certain nationalities, it was also simply impossible to learn the heritage language, as there were no schools, no textbooks, and no teachers to facilitate the language learning process. This was the case of Koreans, Jews (regarded as an ethnic and not a religious community as per Soviet definitions of nationalities), and Germans.

Gradually, the term “Russian-speaker” became a sign of sophistication, higher education, better work, and career prospects, higher living standards and part of the Soviet notion of  “культурный человек” — or a person with good education and progressive, intellectual qualities who could access knowledge thanks to translations into Russian.

The fall of the Empire and blurred identities

When the Soviet Union ceased to exist at the end of 1991, all ex-Soviet republics embarked on a journey to rediscover their historical, cultural, and linguistic identity that had been largely censored and twisted by Soviet ideology, including Russia.

Ethnic Russians who had often been privileged as carriers of the “grand and mighty” Russian language in all the Republics outside of the Russian one, had to make unexpected choices. They could either embrace the new cultural discourse of their new homelands where Russian lost, in most places, its status as an official language, and see their higher positions taken by the new local elites — usually members of the dominating ethnicity of the new or newly resuscitated states. Or they could move to the new Russia where they thought they would not have to experience what they saw as a loss of status.

At this stage, the term Russian-speaker came to describe two different groups who can be distinguished on an ethnic basis. The first group refers to ethnic Russians, and by extension to ethnic Slavs, but also includes Jews, Germans, Greeks, and who are a minority in their newly minted country of residence.

The second group includes people of the dominating ethnic group, such as Azerbaijani or Kyrgyz, who speak Russian as their native, sometimes only, language, often rejecting references to the religious renewal others experience, and are seen as a separate group by the majority.

Of course, the borders among all those groups are blurred and can change during the lives of individuals.

An empty Russia declares itself the protector of all Russian-speakers

For today’s Russia, the communities of Russian-speakers who live in the states of Estonia, Latvia, Lithuania, Belarus, Ukraine, Moldova, Azerbaijan, Kazakhstan, Kyrgyzstan, Tajikistan, and Uzbekistan (Armenia, Georgia, and Turkmenistan having now rather small communities who identity as Russian-speakers), tallying anywhere between 12 to 16 million people.

This large group is strategic for Russia for a number of reasons. First, Russia is a largely empty country with a population constantly decreasing as a result of poor living conditions for its majority, low life expectancy, and massive brain drain.

Second, Russia relies on Russian speakers who generally consume media produced by Russia to represent its interests in a number of countries and create local lobbies that favor Russian business and political interests.

Third, Moscow instrumentalizes those communities when it wants to oppose local or foreign governments by playing the card of minorities allegedly deprived of their cultural or linguistic rights. This is often done to antagonize the European Union via the Russian-speaking communities in the Baltic states. It serves as an excuse to continue to support Transnistria and eventually was used in Moscow’s justification to occupy Crimea, parts of the Luhansk and Donetsk regions, and most recently, the whole of Ukraine.

Today, Moscow is purposely manipulating the diverse and complex notion of Russian-speakers to deny their own specific identities: many, including in Ukraine, who speak Russian as their native or are bilingual, do not identify as ethnic Russians and certainly not with Russia. Yet Moscow claims it is coming to their defense.

The reality is that when it bombs a city like Kharkiv in the north of Ukraine, it is bombing ethnic Russians and Russian-speakers alike.