Turkey is cautious in Ukraine-Russia war

Until this weekend, Turkey was keen to preserve its neutrality 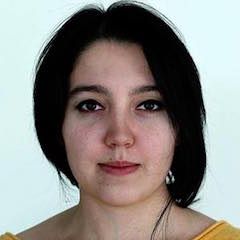 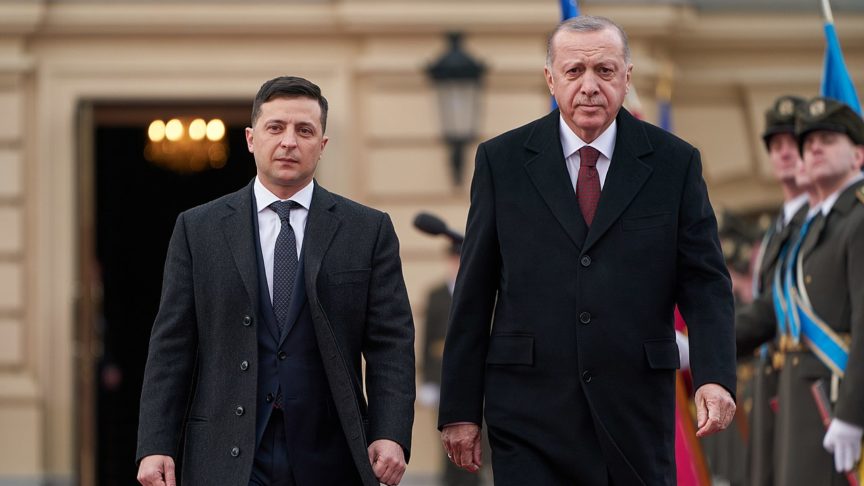 President of Ukraine Volodymyr Zelensky and Turkish President Recep Tayyip Erdoğan in Kyiv in February 2020, CC BY 4.0, via Wikimedia Commons

Over the last week, nations and corporations all over the world have announced extensive economic and political sanctions against Russia, targeting the finance, energy, transport, technology, and visa sectors. A number of Russian banks have been removed from the SWIFT messaging system. Russia's Central Bank assets have been frozen, an unprecedented move, according to BBC economics editor Faisal Islam. Russia's President, the Foreign Minister, Putin’s inner circle, and high-profile members of the Russian elite's assets were also targeted.

Germany decided to send weapons to Ukraine, in what some call a historic policy decision. Meanwhile, most of Europe, and Canada closed their airspace to Russian carriers. While US, UK, Europe and Canada have united in calling for sanctions against Russia, the Turkish government, which has long sought to act as a mediator in the Russian-Ukrainian crisis, and a NATO member state, is proceeding cautiously. However, the nation shifted its policy position on Sunday, February 27, when Turkey’s Foreign Minister Mevlüt Çavuşoğlu said, Ankara was “set to implement an international pact that could ban both Ukrainian and Russian warships from passing through the straits connecting the Black Sea to the south.”

Until this weekend, Turkey was keen to preserve its neutrality between its fellow NATO allies and Russia. Turkey’s Foreign Ministry issued a statement on February 22, calling the recognition of the so-called Donetsk and Luhansk People Republics by Moscow “a clear violation of Ukraine’s political unity, sovereignty, and territorial integrity.”

“On the fourth day of the Ukraine war, we repeat President [Recep Tayyip] Erdoğan’s call for an immediate halt of Russian attacks and the start of ceasefire negotiations,” presidential spokesperson Ibrahim Kalın said on Twitter. Kalın added that Turkey stands by Ukrainians and will continue its efforts to put an end to this “unjust and unlawful war.”

The statement came a day after Ukrainian President Volodymyr Zelenskiy thanked his Turkish counterpart and the people of Turkey for banning Russian warships from passing through the Black Sea in a tweet.

I thank my friend Mr. President of 🇹🇷 @RTErdogan and the people of 🇹🇷 for their strong support. The ban on the passage of 🇷🇺 warships to the Black Sea and significant military and humanitarian support for 🇺🇦 are extremely important today. The people of 🇺🇦 will never forget that!

According to the Middle East Eye, an online news platform, Turkish officials denied making such a promise.

Ukraine called on Turkey to close its straits to Russian warships as Russia invaded Ukraine on February 24. “We are calling for the airspace, Bosphorus and Dardanelles Straits to be closed. We have conveyed our relevant demand to the Turkish side. At the same time, we want sanctions imposed on the Russian side,” Ukrainian ambassador Vasyl Bodnar said in a news conference.

On February 25, Turkish Foreign Minister Mevlüt Çavuşoğlu said Turkey cannot stop Russian warships from accessing the Black Sea via its straits, as it’s not legally compatible with the 1936 Montreux Convention, which regulates the straits of Dardanelles and Bosporus.

Speaking from Kazakhstan on February 25, Çavuşoğlu said Turkey was studying Kyiv’s request but that based on the Convention, Russia had the right to return ships to their home base — in this case, the Black Sea. So even if Turkey decided to accept Ukraine’s request and close the straits to Russian warships, he said, they would only be prevented from traveling away from their home base into the Mediterranean.

Besides granting Turkey full sovereignty over both straits and ensuring passage of civilian vessels during peacetime, under the 1936 Montreux Convention, Ankara has control over the straits and can limit military deployments in the Black Sea in cases of wartime or if it feels threatened.

In his interview with local broadcaster NTV, on February 25, Çavuşoğlu said that in order to invoke the Montreux Convention, the Russian invasion first needs to be legally defined as a war. “Some say [the escalation in Ukraine] is a ‘total invasion, attack.’ [NATO Secretary General Jens] Stoltenberg said in one part of his speech, ‘total invasion, attack’ and then used the term ‘war,’ but legally, of course, this needs to be defined,” Çavuşoğlu said in an interview.

However, the rhetoric in Ankara changed after Moscow assaulted Ukraine on its southern coast using Turkey’s straits. “It is not a couple of airstrikes now, the situation in Ukraine is officially a war. We will implement the Montreux Convention,” Çavuşoğlu said in an interview with broadcaster CNN Turk on Sunday, February 27.

It is yet unclear just how far Ankara will enact the Montreux Convention. In light of domestic economic turmoil, damaging relations with Moscow may have further consequences. Since the start of the war in Ukraine, the Turkish national currency lira fell more than five percent against the dollar, the biggest decline since the currency crisis that hit Turkey in December 2020.

According to Timothy Ash, an economist with a focus on Ukraine and Russia, Erdoğan convened a security summit of senior officials in Ankara to discuss the crisis on February 24 and is seeking to balance relations with the West and Russia. Turkey has developed close ties with Russia over the last five years, and even purchased S-400 air defense missiles from Moscow. The crisis may force Erdoğan to realign with the West, he said.

“If Putin attacks full-scale, Erdoğan will have to ally with the West/Ukraine, and that means problems with Putin on energy, tourism, trade and Syria,” he added.

Turkey’s annual foreign trade volume with Russia is USD 34.7 billion, according to the Turkish Statistical Institute (TurkStat). Russia is also one of the leading import and export partners of Turkey. Last year, Russia accounted for 19 percent of foreign visitors to Turkey, and the country is aiming for USD 34.5 billion in tourism revenues this year, as the industry returns to pre-pandemic levels.

So far, Turkey has sent humanitarian assistance to Ukraine, while its Bayraktar drones have played an important role in defending against Russian troops, according to Ukraine’s ambassador to Ankara, Vasyl Bodnar.

Still, the risks are high, and some warn that Ankara must be careful in how it decides to move forward. According to former ambassador Uluç Özülker, “An atmosphere of conflict or tension in the region is a disaster for Turkey.” With Turkey stuck between Russia and Ukraine, it will not be possible for Ankara to comply with economic sanctions prepared by the West, added Özülker.

Turkey abstained in a Council of Europe vote to suspend Russia from the body on February 26.

Turkey has long attempted to cultivate positive ties with both Russia and Ukraine. Earlier this month, President Erdoğan said Turkey was “ready to do whatever is necessary” to avoid a war. This cautious approach may not be idealistic, “but it is rational,” wrote Howard Eissenstat, an associate professor of History at St. Lawrence University and long-time Turkey observer, in an opinion piece. “In the current crisis, Turkey’s policy is colored by its long-term ambitions, by its ongoing charm offensive vis-à-vis its Western allies, by its strong economic ties to both Russia and Ukraine, by its own economic travails, and by the realization that too great an offense against either Russia or its NATO allies could have devastating costs. Ankara’s policy on Ukraine is aimed at threading through these competing interests. It is not, perhaps, terribly idealistic. But it is rational.”

Speaking after the cabinet meeting on February 28, Turkey's President Erdoğan, reiterated Turkey's commitment to its allies but stated the country's regional interests are just as important, specifically its relations with Russia and Ukraine. “Turkey will not compromise from commitments to alliances, but will not turn back from Ukraine or Russia,” said Erdoğan. The country's airspace remains open to Russian carriers and so far, the country has refrained from joining any of the extensive list of sanctions imposed by the US, UK, Canada, and the EU.