What does “Russian World” stand for in Putin’s statements about Ukraine?

Ancient history is instrumentalized to justify a military invasion 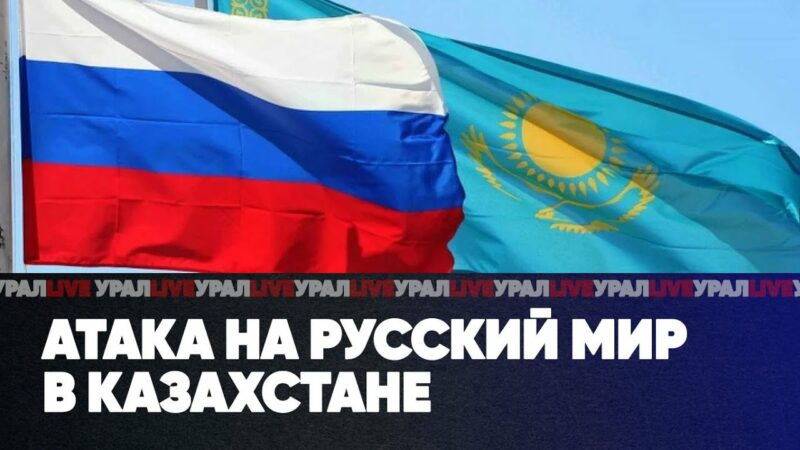 The statements of Vladimir Putin and his top aids about Russia’s invasion of Ukraine frequently include a key expression: “Русский Мир” (Russkiy mir). This phrase literally means the “Russian world”, but it can also be read as “Russian peace,” given the double meaning of the word “mir” in Russian.

The term is used to justify the attack on Ukraine, which in Putin’s parlance is being called “military operations in Ukraine”. With this usage the Kremlin appoints itself defender and master of all things that they claim fall within the orbit of Russian culture.

The elastic meaning of “Russian World”

According to a 2014 survey published on the site of the Russkiy Mir Foundation, an organization created in 2007 by President Putin to “popularize Russian language”, Russian World  is understood as referring to territories populated by people who are ethnic Russians, speak Russian, or associate with Russian culture. This includes Russia itself, and extends to places such as northern Kazakhstan, Belarus, the Donetsk and Luhansk regions in Eastern Ukraine, the Transnistria region in Moldova, South Ossetia and Abkhazia in Georgia, and also Serbia and Israel.

The same site also links the concept of Russkiy Mir to the Russian Orthodox faith:

According to the patriarch (the head of the Russian Orthodox Church), the nucleus of the Russkiy Mir comprises Russia, Ukraine and Belarus. It is based on the orthodox faith, which we found in the common baptismal font of the Kyivan Rus. Russian culture is not limited to the borders of one ethnicity and is not linked to the interests of one state.

The term is first found in the 11th century, in religious texts. Tellingly, the patriarch’s definition lays out several components of what is sometimes described as Russia’s form of soft power. It includes a geopolitical aspect that presents the three Slavonic nations as intrinsically linked together, a historical continuity from Kyivan Rus, the civilisation that developed starting in the 9th century out of today’s Kyiv and included large parts of Ukraine, Belarus and Russia.

In 1996, Russia and Belarus announced the creation of a Union State that already pointed at Moscow’s ambitions to expand its claim over territories that emerged from Kyivan Rus.

The “Russian World” as a state ideology serving Moscow’s ambitions

Russia expanded its use of the term Russkiy Mir in 2014 when Russia annexed Crimea and called for support to the separatist regions of Donetsk and Luhansk in Eastern Ukraine. The Kremlin’s argument is that the Kyiv government had imposed forced Ukrainisation, banning the use of the Russian language and discriminating against Russian-speakers, thereby attacking the imagined territory of the Russian world. Russia’s claims serve as a justification of their control of large populations and territories it sees as essential to its framing of Russianness.

These claims have long-term consequences for other regions of the former Soviet space often described, in Moscow’s language, as the “Ближнее зарубежье” or the Near Abroad, where Russian language remains relevant and significant ethnic Russian communities live.

Indeed the same argument mentioned in 2014 is used again by Moscow to justify its attack on Kyiv: a pro-Western Ukraine is painted as renouncing its Russian World identity by embracing “foreign values” such as feminism, rights for the LGBTQI community, and denying Russian status as an official language. Pro-Kremlin traditional and social media also often use the term “Гейропа” (Gayropa, a mix of the words Gay and Europe) to condemn what they perceive as the decadence of the Western world and a direct threat to the Russian World.

Before invading Ukraine, Putin made a historical speech on February 21, to  which he dedicated more than half of to his own interpretation of ancient and modern history of Ukrainian and Russian territories and state entities, and stated that Ukraine belongs to the Russian World.

With this verbal, sleight-of-hand, the attack on Ukraine has become a “liberation of Ukraine,” In the name of the Russian World.