As Russia's invasion began, many Ukrainians were seeking refuge elsewhere 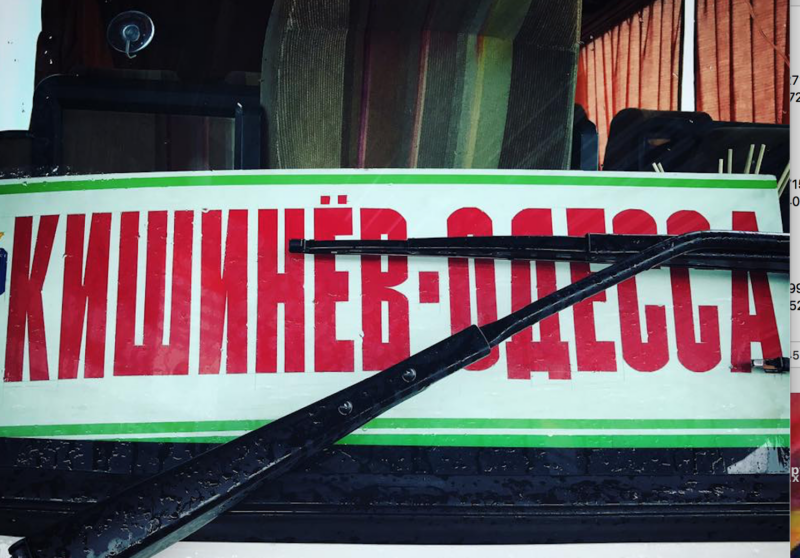 Chișinău-Odesa bus that usually takes about 4 hours to join the two cities. Photo by Filip Noubel, used with permission

As Russia started its military attack across Ukraine on February 24, destroying military installations inside or close to major cities, large numbers of Ukrainians jumped in their cars and started leaving. Many are trying to find refuge in rural areas, which are believed to be safer, and where many have already sent children and older relatives.

Others though are considering moving westwards to seek temporary shelter in neighboring countries, mostly Moldova, Slovakia and Poland, where local authorities are rapidly putting in place infrastructure to host thousands, perhaps tens of thousands of refugees.

Moldova is a crucial place for people fleeing the southern city of Odesa, with a population of over one million people, where military installations have been bombed, resulting in a number of deaths. A three-hour ride — in normal time — can lead to Chișinău, the capital of Moldova.

This Radio Free Europe video shows how people are crossing the border by car or simply walking in.

Moldova itself shares a similar experience as Ukraine as a country divided, since about one third of its territory, called Transnistria, is under a separatist government that is supported militarily, politically and economically by Moscow.

Another destination is Slovakia, for those in Western Ukraine or moving there, as neighboring Hungary that also shares a border with Ukraine, is known for its pro-Moscow discourse and not necessarily seen as friendly to Ukrainians. The Slovak government has announced on the website of its Interior Ministry that:

The Slovak president Zuzana Čaputová has also condemned the Russian military attack and is sending troops to assist refugees. Slovakia shares a nearly 100 km-long border with Ukraine, and counts a large community of Ukrainian migrant workers and a historical Ukrainian minority, as does the Czechia.

Poland is also a major choice, given long historical relations with Ukraine, the presence of a large Ukrainian minority and a history of labor migration, but also because it recently experienced a wave of Belarusian refugees, followed by the instrumentalization of refugees from Syria and Iraq by Minsk.

As the leading Polish newspaper Gazeta Wyborcza writes, the number of Ukrainian refugees arriving mostly in cars at different border points is increasing by the hour. According to one refugee interviewed in the article:

Aleks, his wife and his two small children come originally from Kharkov [north of Ukraine, close to the Russian border] but spent recent days in Lviv [Ukrainian city in the West]. “At five in the morning, friends called us to tell us this is war. We packed what we had and took to the road. We are going to Krakow [city in southern Poland] and then to Vienna. We will see what will happen next.

While every Ukrainian is making extremely hard choices, whether staying or leaving, choices are also heavily determined by the location, the size and conditions of their families, the existence of passports and visas. Central Europe will need to be prepared for significant waves of refugees and will require strong financial and operational support from the European Union to cope with such a large wave of migration.