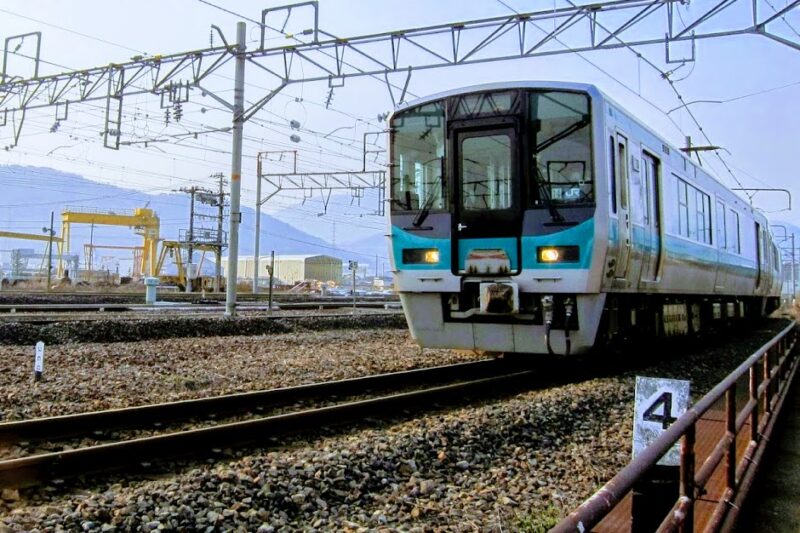 Japan’s local rail lines are in trouble. Between 2000 and 2021 alone, forty-five train lines spanning 1158 kilometers were decommissioned across Japan. Other local rail lines have cut operating hours, staff, and special ticket discounts across the country. The trend threatens to strand some residents of regional Japan.

One rationale provided by rail operators for shuttering local rail services is simply that these train lines are not as profitable as their counterparts in densely populated urban regions such as Tokyo or Osaka.

The history of Japan Railways group (JR) helps explain this reasoning. In 1987, the state-owned Japanese National Railways entity was privatized and broken up into seven separate entities under the JR moniker.

Since that time, JR sales and profits increased, and have continued to do so into the 2000s and 2010s. However, despite this overall profitability, from 2010, JR-affiliated companies began asking local governments for taxpayer money to cover local operating deficits. Some operators threatened to decommission local train lines if these demands weren’t met.

Some prefectures have cooperated. For example, JR East recently reached a deal with Fukushima Prefecture to re-open previously decommissioned sections of the Tadami Line. Under the arrangement, Fukushima Prefecture will buy the rail infrastructure and land while hiring out its operation to JR East.

But other regional governments have been less capable of implementing this model. National law stipulates that JR must gain municipalities’ “understanding” (rikai) before decommissioning a local rail line.

As a result, local governments, whose shoestring budgets aren’t enough to cover JR’s losses, but who also aren’t interested in losing one of their most important pieces of infrastructure, have simply avoided entering into negotiations with JR.

Consequently, JR has adopted other methods of divesting from local rail lines, including reducing services to a bare minimum. In some places, JR has even abandoned commuter passes for students.

In this environment, JR West has taken a novel response. In February 2022, it began publishing data on “underperforming” and “unprofitable” local train lines under its operation. Any train line or section of a train line with less than 2,000 riders per kilometer on an average day was targeted for scrutiny. This includes a total of 30 sections on 17 different train lines, and accounts for approximately one-third of JR West’s total operating lines.

JR West’s losses reached 116.5 billion yen (around $1 billion USD) due to COVID-19. But the company had already been cutting costs and shuttering smaller local lines well before this. In its 35 years of operation, JR West closed 16 sections of train lines. Most recently, in 2018, it decommissioned the 108-km Sankō Line running between Hiroshima and Tottori Prefectures.

Of the train lines now in question, the Mainichi Shimbun quoted Hasegawa as saying:

It’s going to be difficult to keep maintaining these lines. We need to start thinking about whether we need them or not.”

In the Sankei Shimbun, Hasegawa was quoted as saying, “I hope we don’t just have to tell local governments that we’re going to shut them [train lines] down.”

Reactions to the crisis of Japan’s local train lines among internet denizens have been mixed. One local resident questioned the practice of gauging ridership during the COVID-19 pandemic:

It’s a mistake to try to gauge such numbers (ridership) during the COVID-19 pandemic in the first place. People are reluctant to travel, and there are no foreign tourists either. So, it’s unfair to take such measurements in this situation.

Meanwhile, Hasegawa said affected regions could prepare for the worst by switching to more bus or taxi transportation. The JR West president also said his company would be more inclined to keep the lines operating if certain conditions were met.

One option Hasegawa suggested was to separate infrastructure and operation (jōge bunri hōshiki) by having local governments purchase the train line and hiring JR to run its operation. Another card Hasegawa put on the table was to receive more financial support and subsidies.

None of these options are likely to be very appealing for the affected regions and municipalities. Either they cover JR West’s deficits or face losing a key part of their infrastructure with potentially even more disastrous economic and social effects.

In Japan and beyond, COVID-19 has been more than a public health disaster. The crisis of Japan’s local rail services is just one example of a large corporation taking advantage of the pandemic to cut public services, even while increasing profits.