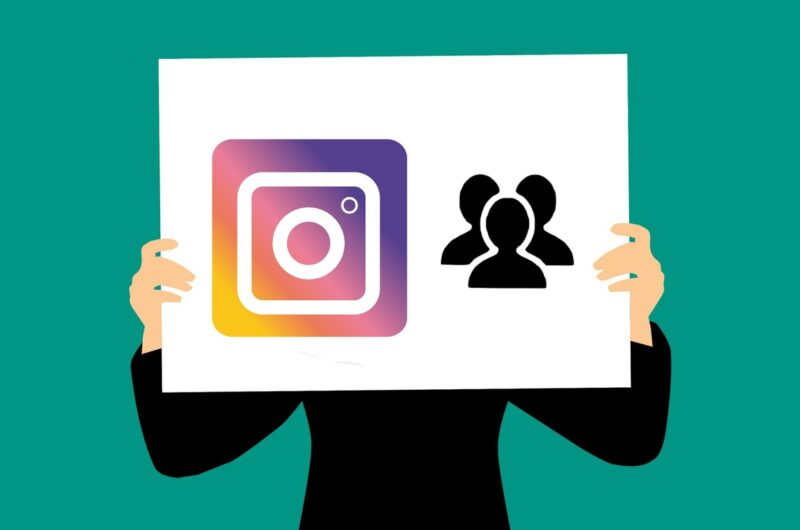 A group of Hindutva nationalist Instagram accounts is spreading inflammatory Hindu nationalist propaganda ahead of India’s legislative elections that begin this month. Presidential elections are scheduled for mid-2022.

Accounts such as “World of Hindus” and “not_a_liberal-” use sexist, casteist, and communalist memes and comments, manipulated videos, and disinformation to mobilize people to attack minorities and join the campaign to establish a Hindu nation in India.

The target audience for these accounts is mainly young Hindu men. Posts often appeal to – and question – their masculinity. But women also engage with the content, mostly by upholding sexist narratives and shaming other women who oppose the ruling Bharatiya Janata Party (BJP).

Communal violence refers to attacks based on ethnic or religious affiliation – and it is no longer limited to Islamophobia. In addition to Muslims, Christians, Buddhists, and Dalits are being attacked physically and online, as well as discriminated against by the country’s laws.

Any criticism of Hindutva – a socio-political project aiming for the fusion of India and Hinduism – and the Hindu religion is met with violence. Calls for the genocide of minorities, attacks on mosques, and the closing of churches are increasingly common.

These narratives are shared on social media, with Instagram being one of the platforms where they go unfettered.

See these examples of memes, photos, and videos on Instagram promoting violence as a means to create a Hindu state as well as support for the ruling BJP party, led by Prime Minister Narendra Modi. You can view all 15 analyzed items here.

“If you can't yield the sword to protect your religion, vote for a leader who can” 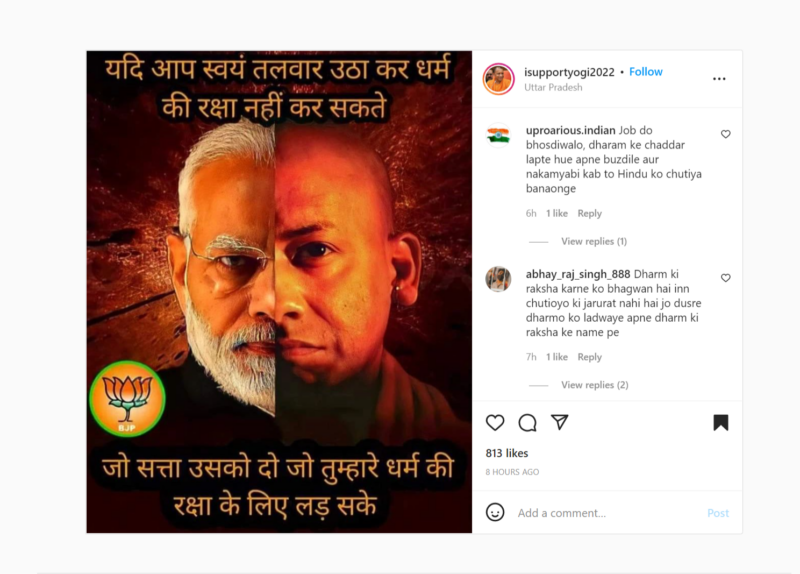 The meme expresses the message that the face of Hinduism has changed: it is no longer kind, timid, and tolerant, but rather a powerful, formidable force. The post also evokes feelings of Hindutva nationalism, using it to shame its audience and questions readers’ devotion to their religion. Prime Minister Narendra Modi and monk-turned-Chief Minister of the state of Uttar Pradesh Yogi Adityanath – both presented in a menacing light – are the standard-bearers of Hindutva.

The narratives expressed in this post are: “Hindus are under threat,” “Yogi Adityanath is the future of Hindu Rashtra”, and “Only BJP can save India and lead it towards Hindu prosperity.”

Rambhakt Gopal, an increasingly well-known Hindu nationalist who threatened to open fire on student protesters in 2020, now calls himself “Godse 2.0,” in reference to Hindu extremist Nathuram Godse, who killed Mahatma Gandhi, the leader of India's nonviolent independence movement against British colonial rule, in 1948. Gopal’s taking the name Godse reflects a belief among Hindu nationalists that Gandhi’s killing was justified, and calls on other Hindu men to “save the country.” 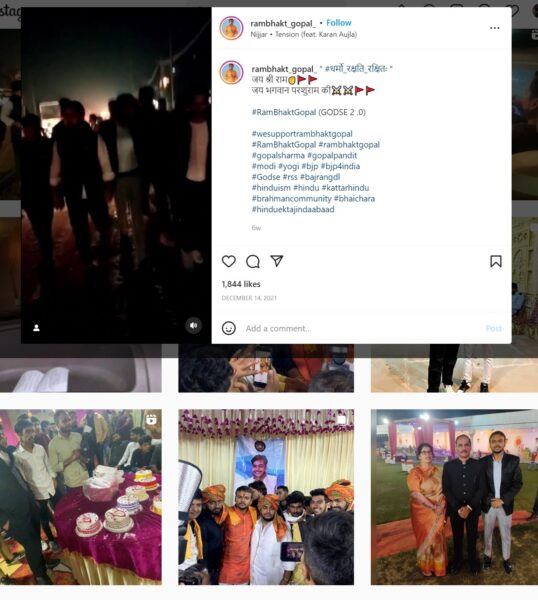 In Gopal’s video on Instagram, a group of men is shown walking through a Muslim neighborhood chanting what appear to be Hindutva and religious slogans in a show of intimidation. The caption says that “the Hindu religion must be protected.” At the time of analysis, the item had 1,853 likes on Instagram.

In 2020, Gopal was photographed pointing a gun at student protesters. He was released and acquitted of all charges despite evidence that he was inciting violence. According to Delhi police, Gopal was radicalized by “viewing videos on social media.”

The BJP and other political movements have introduced and normalized a strong Islamophobic narrative, blaming Muslims for violence against Hindus, and manipulating the public into thinking that Hindus are under threat and need to protect themselves.

The narratives expressed in this post are: “Enemies of Hindutva are enemies of India”, “Hindus are under threat”, and “Only BJP can save India and lead it towards Hindu prosperity.”

One of the key ways in which Islamophobia is institutionalized in India is through the trope of the “oppressed Muslim woman.” This Instagram post by “Hindurastra2” celebrates the interfaith relationship between a Muslim woman, who wears a hijab, and a Hindu man, who has a red tilak on his forehead. The image appears to have been manipulated.

The caption reads that the pair “will be together for seven lives” and that the woman will not be a victim of divorce. In other words, she has been saved by being in a relationship with a Hindu man, as the Hindu religion is allegedly more progressive than Islam.

At a time when the conversion of Hindus to other religions is actively discouraged (see this media item on India’s anti-conversion law and the conspiracy of “love jihad”), conversion to Hinduism is being subtly encouraged, as changing the religious demography of India is one of the key tenets of Hindutva ideology. 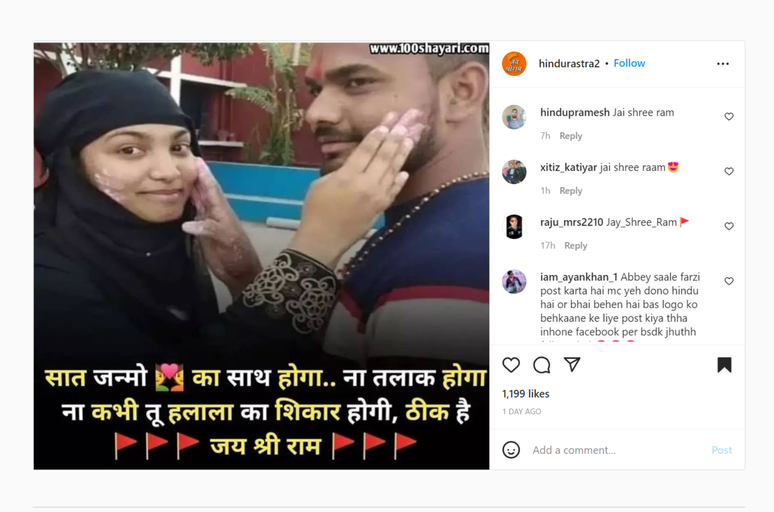 The narrative expressed in this item is: “Muslim women should be rescued from the oppressiveness of Islam.” This narrative has been in existence for decades but has gained ground since the BJP took power. In 2019, for instance, the BJP outlawed a Muslim divorce practice called “Triple Talaq”, arguing that it “saves thousands of women.”