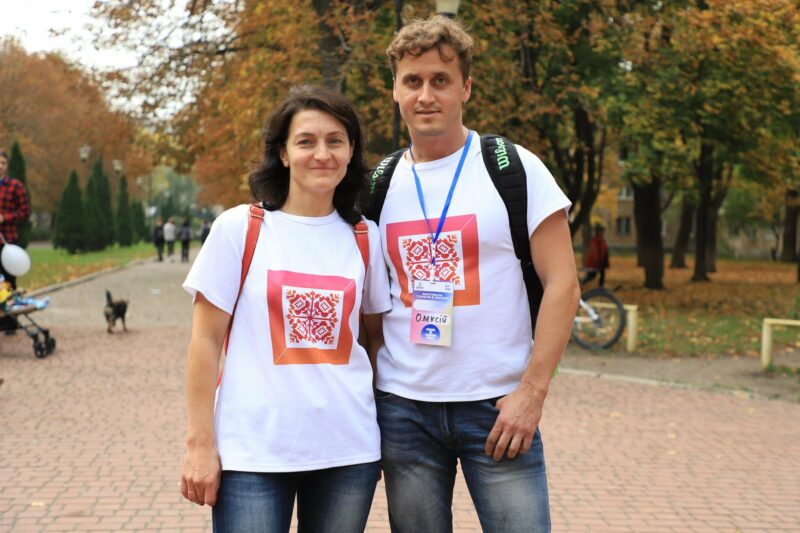 This article [2] by Tetiana Bezruk appeared on OpenDemocracy on February 18, 2022. It is republished as part of a content-sharing partnership and has been edited to fit the GV style.

My apartment building in Kyiv is on the outskirts of the city, near a pine forest. There is no metro line in the area. That means there is no “principal bomb shelter” as the city mayor, Vitaliy Klichko, calls them.

Life hasn’t changed much in the last two weeks, whether in my neighbourhood or in the city centre, in comparison with December or November last year.

The only thing that’s really different is that all my friends discuss whether Russia will conduct a full-scale invasion of Ukraine. That’s why some people have enrolled in local territorial defence units or first aid courses, while others have taken their children out of the city.

“Russia doesn’t need to invade Kyiv directly; it can come up with something else,” one of my colleagues suggested.

Indeed, my colleague and I made a plan that if mobile networks and the internet went down on February 16, the day the international media had reported the Russian invasion would start, we would meet near one of the city’s cinemas at 4pm that day. In the end, we didn’t have to meet.

But when Kyiv residents began to pack their emergency bags, and foreign journalists once again returned to Ukraine, I remembered two acquaintances — Svitlana and Oleksiy Savkevych, a couple who live with their children in the small town of Avdiivka in eastern Ukraine, on the outskirts of occupied Donetsk.

Oleksiy is a freelance translator. He was born and raised in Donetsk, where he graduated from university. He met his wife Svitlana as a student. In 2001, the couple got married and moved into a detached house in Avdiivka. A tram used to run the few kilometres or so from the town to Donetsk. Until 2014, Oleksiy believed his small town would eventually become an administrative district of Donetsk. Avdiivka already had a reputation as a Donetsk suburb, and was popular with students and workers.

Oleksiy and I are speaking via Zoom. He is in Avdiivka, I am in Kyiv. On the screen I see that new year bunting is still hanging in the Savkevychs’ home. Oleksiy is sitting opposite a window from where, he says, he can see a multistorey building — and where pro-Russian militants set up the first checkpoint in the city in 2014.

Living with the expectation of danger

“To be honest, I don’t know what I can tell you,” said Oleksiy. “Residents of frontline cities are already used to this [situation]. This is not the first time we have been living with this expectation of danger.”

For Oleksiy, the war began when the Russian military, the so-called ‘little green men’ — masked soldiers in unmarked army uniforms — appeared in Crimea and occupied it in 2014. At that time, he thought that if the annexation of Crimea was possible, the same could happen in the two easternmost regions of Ukraine: Donetsk and Luhansk in Donbas.

I’ve got used to the war, it’s even embarrassing for me to explain it to visitors to our city sometimes. We have a railway track nearby. Guests used to visit and ask: ‘How do you live here? You can hear the trains. How can you sleep with the noise?’ And now there are no trains, but there’s war. You get used to all the noises that become part of your life. People don’t understand this; it is difficult for them to understand how you can live with it.

In spring 2014, Oleksiy and his family went to visit their relatives in Ilovaisk, a town on the other side of Donetsk, which later saw heavy fighting — he remembers even then seeing roadblocks. Later, he saw pro-Russian militants manning a checkpoint on his own street in Avdiivka.

“It was then that I realised that the checkpoint was dangerous, and so I sent my wife and children to the sea,” he said. That was June 2014.

“I stayed in the city, and called them up every day regularly. ‘Well, how is it?’ my wife would ask, and I would say, ‘No, Sveta, it seems it’s still not a good idea [to return]. It’s still dangerous.’”

The Savkevуch family left Avdiivka in the difficult winter of 2015, when the city was heavily shelled. They moved to a city 25 kilometres away and rented a house there for two months. Oleksiy admits that it was a difficult decision, but a necessary one. Otherwise, he said, he would have been putting his children at risk. That year they studied remotely, and if their school had not re-opened in 2016, the family would most likely have moved closer to Kharkiv, in northeast Ukraine. But back in Avdiivka, Svitlana chaired the school’s parent committee, and as the new school year approached, she had to deal with organisational issues at school. Oleksiy was asked to volunteer.

“It was then that I realised for myself that our city had not let me go,” he reflected.

Then came the winter of 2017, when there was fierce fighting around Avdiivka [3]. “If in 2015 everything was very chaotic and the city was paralysed, with my friend and I helping the few organisations that were getting disabled people out of town, then in 2017 everything was much better organised,” he said. 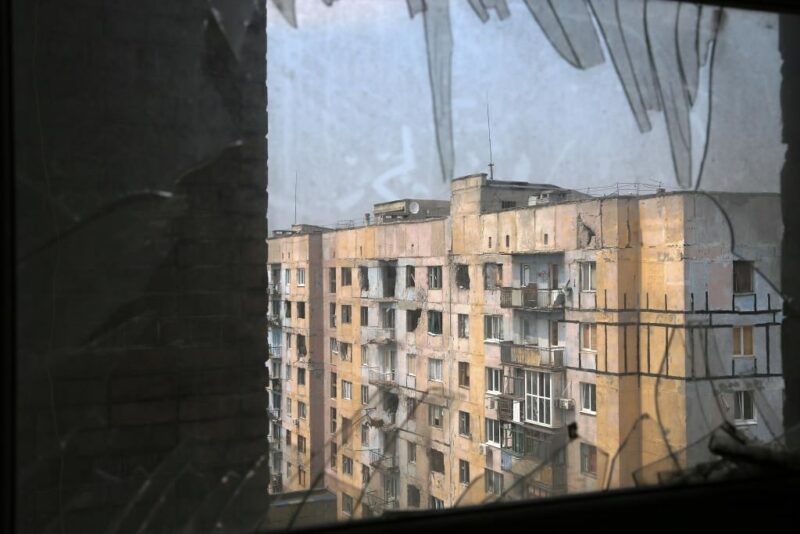 “That was also a ‘hot’ winter, but maybe only for a week or two,” he recalled, adding that at the time his family did not consider leaving because of the fighting.

Oleksiy told me he has never had a direct conversation with his children about what war is.

I remember, at the end of May 2014, I could not get home [from Donetsk] by bus because the road to Avdiivka was blocked. And I went on foot. I remember walking along a new, deserted road that had been laid from Donetsk to [the nearby town of] Svyatohirsk. I don’t think it will ever be restored. And I looked along the road and saw a shot-up car. I come home to Avdiivka, and there’s a contrast right in front of me: my children, who were younger then, playing war.

Because his children were always with adults, Oleksiy said, he and his wife never had to explain what they should do during shelling.

“When the mornings were loud, we all made decisions together on how best to proceed. A couple of times, when [the shelling] dragged on, we slept in the basement; it was very damp there. And on other days, when we heard that it was dangerous, we chose the safest area from our point of view, the corridor, where there are no windows,” he explained.

Oleksiy recalled the sounds he would hear during shelling. “You’d hear a strong whistle, which I remember from 2015… That meant the shelling was close. It wasn’t always possible to determine where the shell was flying.”

This time, Oleksiy admits that his family have not prepared emergency backpacks or anything similar. Nothing has changed for the family: the children have school; Svitlana has a job in the local library; Oleksiy has a job as a freelance translator. He said the town was recently discussing staging its summer arts festival, Avdiivka FM [6], to be held for the fifth time since 2018.

It’s not like we get up every day and think [that the Russian army is going to capture Avdiivka]… Firstly, we don’t hear [firing]. But nothing has changed so far.

However, more journalists have begun to come to the city. And we get more questions like: what will you do if Avdiivka is suddenly captured? The answer: leave, of course.

For more information about this topic, see our special coverage Russia invades Ukraine [7].