‘Mas’ in a time of mourning: How the spirit of Trinidad and Tobago Carnival shines through 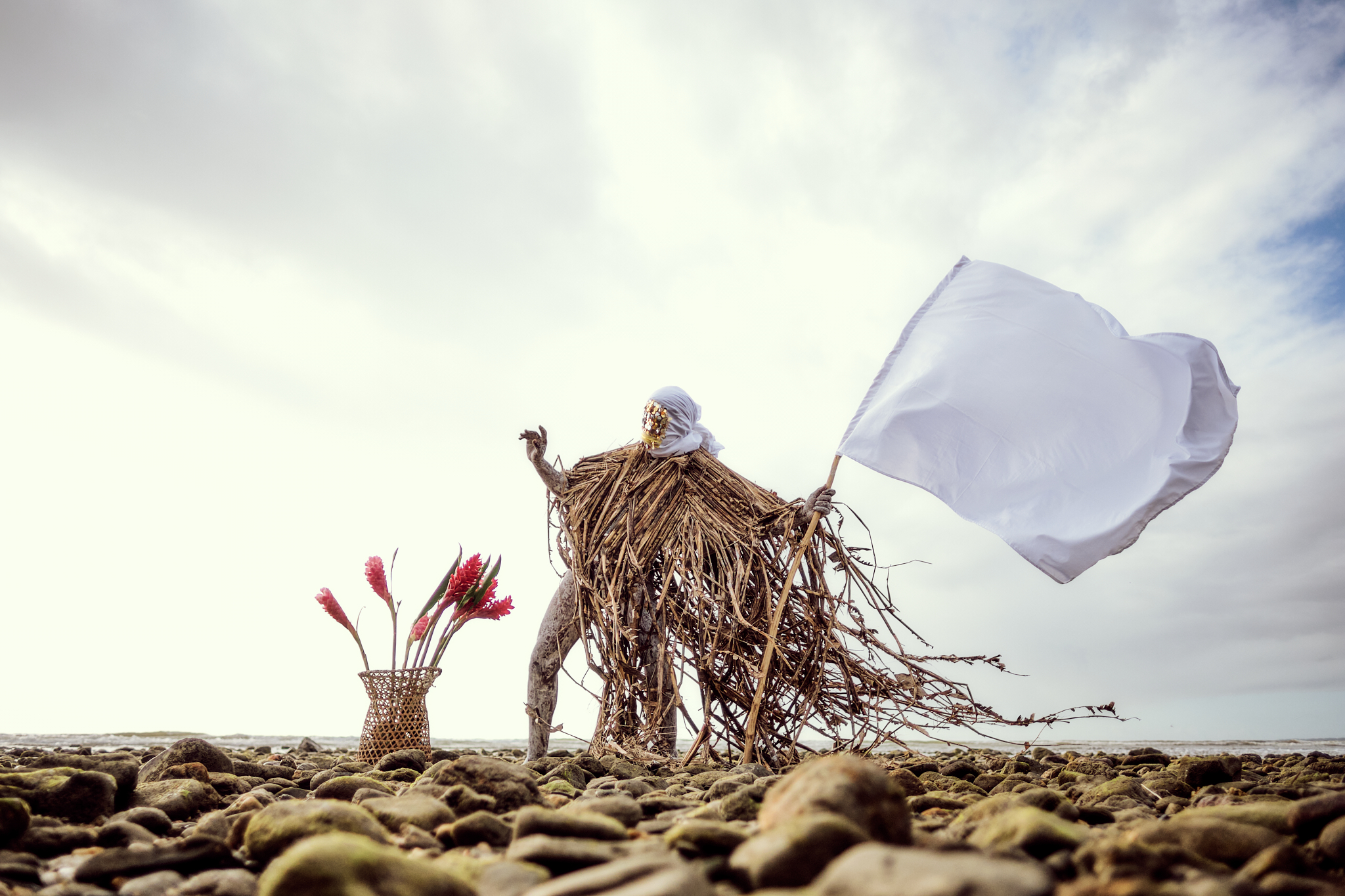 With its irresistible soca rhythms, colourful masquerade, fetes and steel pan competitions leading up to the two-day street festival preceding Ash Wednesday, Trinidad and Tobago Carnival is typically a joyous celebration — and one that was born out of deep pain.

The 1881 Canboulay Riots, which are reenacted each year, are a startling reminder that Carnival's freedom of expression, its refreshingly wanton bacchanalia, its imagination and creativity, were hard won. Derived from the Latin carne vale — literally translated as “farewell to the flesh,” meaning a last wild frolic before the deprivation of the Christian Lenten season — Carnival's very name points to the fact that life and death, joy and sadness are inextricably intertwined.

For this year's Carnival, which, thanks to the COVID-19 pandemic, will be stripped down to a basic display that the government has dubbed “A Taste of Carnival,” designer Robert Young, who brings out a “mas” (masquerade) band called Vulgar Fraction, has chosen to examine the presence of death in what is arguably the country's most life-affirming festival.

“Mas Mourning — Becoming Wreaths” was launched on February 17 at Young's atelier in the heart of Belmont, a neighbourhood on the fringes of the Queen's Park Savannah that is famous for producing outstanding Carnival designers, musicians and photographers.

In a departure from most Carnival band launches, where the focus is on costume presentation and sales, a panel that included cultural studies scholar Marsha Pearce, rapso artist Wendell Manwarren, singer/songwriter Addelon Braveboy and art therapist Celeste Walters, discussed how “the mas explores remembering, commemorating, celebrating,” particularly during this time of pandemic, when so many have lost so much.

The theme of the mas is certainly timely; it feels like the world has been trapped in a state of collective mourning for the past two years, whether it be for loved ones struck down by coronavirus, for connection, or in the case of Carnival lovers, for the festival itself, which was cancelled in 2021 because of the pandemic.

Pearce, whose student cohort at the University of the West Indies (UWI) will participate in the band, was careful to explain that revellers can “become wreaths” either instinctively or by intention. Both, she said, are “future-oriented acts,” but one leads to closure; the other to connection and community.

It is an idea expertly bought into existence through the lens of photographer Jason Audain, who is passionate about preserving the legacy of Trinidad and Tobago's traditional mas through portraiture. In a series of photographs shared on Robert Young's Instagram page, the costumes, which are predominantly constructed out of dried banana leaves and tropical flowers in keeping with the funereal wreath theme, come to beautifully stark and uncomfortably compelling life.

As Pearce pointed out, the word “wreath” is linked to “writhe”: twisting around in mental anguish or physical pain, emotionally closed off. “What would happen,” she asked, “if we opened ourselves up?” Growth would take place, she imagines. Healing. New beginnings. Movement, as opposed to the “going nowhereness” the pandemic has thrust upon us. A celebration of life. It is what Carnival is all about, and seemingly can be again — even with health protocols in place; even with no physical street parade — once we think of “self as a community through the art of mas.”

Making a distinction between grief (an internal process with no fixed timeline) and mourning (the externalisation of that grief), Walters believes that Carnival has always offered participants the tools with which to process and transform. She has started thinking of art, she explained, as an expressive behaviour rather than a skill.

Manwarren, as a prolific rapso artist and theatre performer, can probably attest to it being both, but in the Carnival space, he stresses, art is much more than just celebration; it also offers the opportunity to commemorate loss. He recounted a February 4, 2020 WhatsApp conversation he had with the late creative powerhouse Tony Hall, who called it a time of “sacred energy” and “stillness” — a “Strasser time.”

In referencing Wilfred Strasser, who in the late 1940s would portray masquerades that were almost like still life renditions in their restraint and artistry, Hall was making the point that Carnival is “not always about the spectacle.” Paired with Hall's view on the pandemic, which is that “there is a possibility for there to be a settling into the essence of the universe,” it is a radical thought.

“Carnival time,” Manwarren continued, “is the oldest time we have,” a “contemporary manifestation of energy and imagination” that is “influenced by tradition,” while constantly reinventing itself. He even suggested that the pandemic may be an opportunity — perhaps missed by the authorities charged with facilitating it — to examine what Carnival really is.

“We are in charge of it,” he says. “People need to reconnect to that. Carnival is us; it's ours. Mas [doesn't] make sense — you can't apply logic to it — it's a vibration, it's an expression. How can you manage something when you don't even understand what the thing is?”

A key aspect to the process of becoming wreaths in Vulgar Fraction's Carnival portrayal is that once it is over, masqueraders must take off their costumes and leave them somewhere, akin to laying a wreath on a grave. This harkens back to the age-old Carnival tradition of opening the mas, which is done first in the wee hours of Carnival Friday morning with the re-enactment of Canboulay, then through the elemental, pre-dawn ritual of J'ouvert on Carnival Monday, and closing it off on Carnival Tuesday night with Last Lap, an acknowledgement that the sacred annual custom has come to an end.

Musicologist Patrice Cox-Neaves told Global Voices in a telephone interview, “It is these rituals, their opening and closing, which connect spirituality and Carnival,” or as panellist Addelon Braveboy put it, “Everything has a spirit, concealed in the masquerade of our body.”

It is these concepts of celebration and mourning, life and death, that Young is attempting to make people understand are not opposite ends of some intangible spectrum but rather, threads of the same fabric, looping into one another and bringing a deeper, transformative meaning to the Carnival experience every time we choose to put on a costume and “play a mas.”