The number of Cuban migrants doubled between 2020-2021 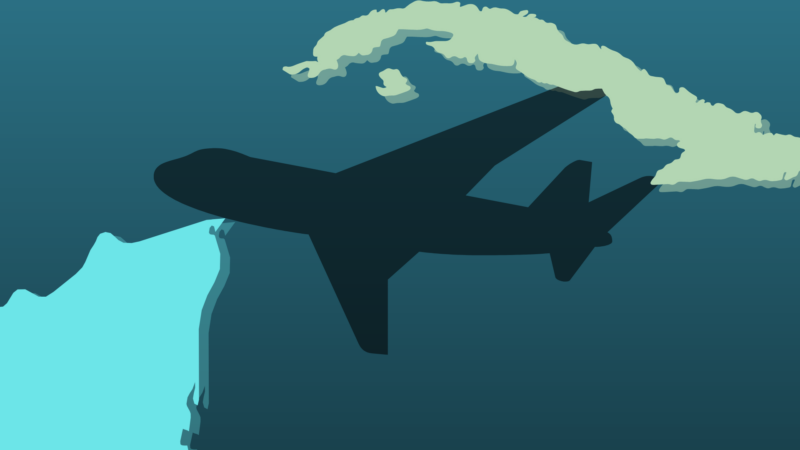 This article was written anonymously by an author in Cuba, using the fictional name “Luis Rodriguez.”

Following the thwarted rallying cry for change that took place on November 15, 2021, and the exile of leader Yúnior Garcia Aguilera, it appears that the spark of rebellion and opposition has been subdued in Cuba. The country's prospects could not look worse: inflation shot up and the scarcity and need for medicine and food have worsened. The inefficiency of the Cuban government, coupled with the U.S. blockade, has exacerbated our humanitarian crisis.

In a setting where the quality of life continues to deteriorate, many Cubans have chosen to flee the country at whatever cost. As in previous years, emigration continues to be a way of escaping, before both the economic and political crises completely engulf the nation.

The number of Cuban migrants detained at the U.S. border doubled between 2020 and 2021. This reached a peak in December 2021, when a total of 8,199 Cubans were detained. Daily, hundreds of Cubans look for flights to Managua, Nicaragua.

Many analysts both on and off the island have interpreted Nicaraguan President Daniel Ortega's unexpected announcement on November 22, 2021 to authorise free visas to Cuban citizens wishing to travel to Nicaragua as a political favour to Cuba. It is seen as a ploy to lessen the internal pressure Cuba has faced since the protests of July 11, 2021, and to encourage those likely to be involved in new social protests to leave the country. Officially, the measure was granted to “promote commercial exchange, tourism and humanitarian family relations.”

According to independent journalist Yoani Sánchez, the director of media platform 14ymedio, whose access is blocked on the island:

With the move it has just made, the Cuban regime is ensuring that Joe Biden will soon have a headache, and there will be a major internal discussion due to the sizeable increase in the number of migrants from the island. At the same time, it is ridding the country of the most nonconformist and rebellious within the national territory, those who could lead the next social outburst in the style of the one that occurred on 11 July.

This strategy from the Cuban regime is nothing new, although it has always tried to show the world an image of loyalty to socialism. Both the Mariel crisis of 1980 and “los balseros” in 1994 have served the regime as a way of reducing the internal discontent that totalitarianism has always caused in Cuba.

Brian Latell, a former scholar at the University of Miami's Institute of Cuban and Cuban American Studies has defended this thesis. He stated in his biography of Fidel Castro that the migratory exoduses of Cubans to the United States have historically been the strategy utilised by the Cuban regime to export discontent.

Until 2015, the majority of Cubans attempting to reach the U.S. relied on Ecuador’s decision not to require visas for Cuban citizens, and this predictably spurred a wave of Cubans migrating with the aim of reaching the U.S. In this context, many Cubans have lost their lives and were victims of criminal groups dedicated to people trafficking.

Similarly, Nicaragua had acted as a kind of containment wall for irregular migration to the U.S. in Central America. Arturo Cruz, the former Nicaraguan ambassador to the U.S., led negotiations with the U.S. in 2008, aiming to control drug trafficking, terrorism, and migration.

In 2019, following a relaxation in the process of granting visas and the shortage of goods in Cuba, trips to Nicaragua to buy products that are impossible to obtain on the island became notorious for Cubans. Now, with the decision that came into effect in January 2022, when flights resumed after pandemic restrictions eased, Cuban migrants would save around 1,600 kilometres on their journey to Mexico.

A strategy against the U.S.?

Some analysts, including Yoani Sánchez, allege that behind this decision lies another objective: to use Nicaragua as a springboard and generate a new migration crisis for the U.S. on its border with Mexico. This idea is supported by the Republican Senator Marco Rubio, who said:

This summer, I expressed my concern and warned that the Cuban regime would use mass migration as a weapon after the historic 11th July protests. The Ortega-Murillo regime is aiding the Cuban dictatorship by eliminating the visa requirements, to instigate mass migration to our Southern border.

In 2017, then-U.S. President Barack Obama put an end to the policy of “wet foot, dry foot” for Cubans, which for 20 years had allowed Cubans to stay in the U.S., even if they had migrated irregularly.

But for journalist Yoani Sánchez, “the US administration may take the matter in a very different way to the one Havana projects, and the escape of thousands of Cubans would also leave many effects on an already ageing society.”

The most anticipated consequences of this crisis are on a social level; even if the Cuban regime manages to temporarily ease internal pressure and the new waves of opposition it has been dealing with, it will cause even greater demographic damage to the nation with the fastest-growing aged population in Latin America. Currently, there are many professionals and young people who are selling their homes and properties to afford a journey full of various obstacles and dangers.

If the Cuban regime does not see this exodus as the most visible signal for the political change that Cuba needs, it could lead not only to its political suicide but the continuous agony and suffering of a nation.