These superhero comics are written by Africans for Africans 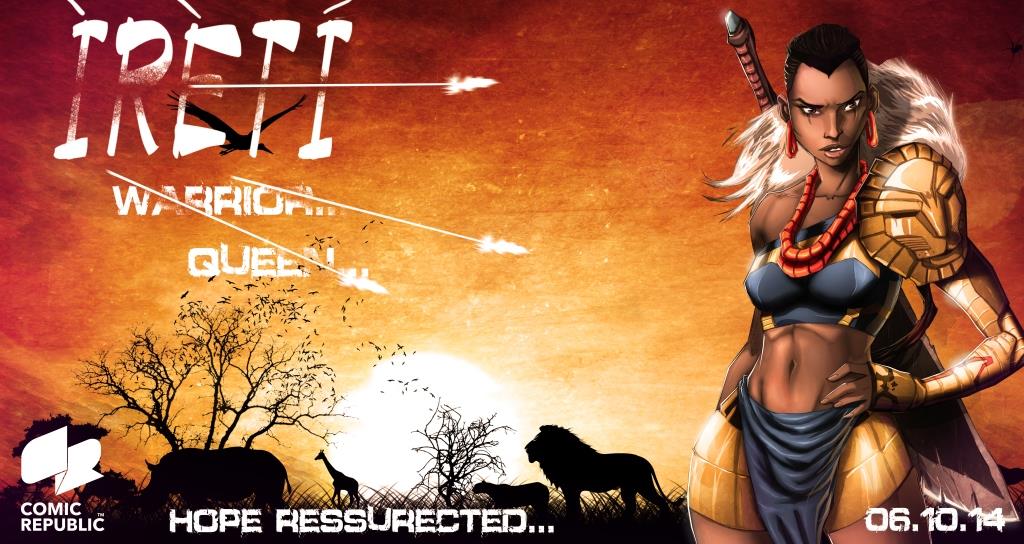 When “Black Panther,” an American superhero film based on the Marvel Comics eponymous character, debuted in 2018, it marked a major milestone as one of the first Black heroes in mainstream American superhero films. With its enormous success, the hit film also highlighted the representational void in how Africans are portrayed in Hollywood and the comic genre.

While locally produced superhero comics written by Africans for Africans have been gaining fandom since the late 1980s, the popularity of African comics skyrocketed in 2016, largely due to the rise of superhero films, such as those made by Marvel Studios.

Captain Africa was the first African comic and superhero comic to go global. Written and illustrated by Ghanaian Andy Akman in the 1980s and published by African Comics Limited, a Nigerian publisher, its acclaim slowly waned in the 1990s  until it quietly faded into oblivion.

Despite its disappearance, Captain Africa became the foundation that inspired a new generation of independent artists and comic publishers around the continent. These African comic creators have been telling stories that appeal to a real African readership who yearn for more diversity, representation, and authenticity in their stories.

Blank Panther smashed the glass ceiling for African superheroes and set a precedent for how African and Black comic creators could “transition” their comic heroes from print to screens to tap into the booming geek market and a legion of global fans.

In October 2020, Warner Brothers announced that it would adapt a feature film version of “BLACK,” a comic book created by Kwanza Osajyefo and Tim Smith 3. “BLACK” tells the story of how one young man survives a violent event only to realize that he has powers. He’s soon pursued by a secret consortium that wants to control his abilities. The comic explores a dual reality where only Black people have superhero powers.

If you’ve not read BLACK by Kwanza Osajyefo, Tim Smith 3, and Jamal Igle, you should order a copy now. It’s a book perhaps more than any other made for this moment, supposing what would happen in the real world if Black people and only Black people suddenly manifest superpowers. pic.twitter.com/Qgt37ps4rO

Kwanza, who began his career as an intern at Marvel Entertainment, came up with the concept for “BLACK” over a decade ago and was able to print the comic’s six issues following a Kickstarter campaign which helped him and his co-creators raise USD 90,000 to launch the project.

The series received critical acclaim and has become a prime example of diversity and representation in comics. The creators are already working on the sequel, “WHITE,” which explores what happens when America finds out about Black people with superhero powers.

“AYA“ is a 2013 French animated film directed by Marguerite Abouet and Clément Oubrerie based on their graphic novel “Aya of Yop City.”

Before its adaptation into film, “Aya of Yop City” had become a hugely popular comic series translated into 15 languages about life in 1970s Abidjan, Côte d’Ivoire. Published between 2005–2010, the series contains six volumes tracing author Marguerite Abouet’s childhood memories. Marguerite grew up in Yopougon, a working-class neighborhood on the outskirts of Abidjan.

Following the film’s release, it soon became a winning blend of a soap opera and a comedy, earning a nomination for a Best Animated Film French César Award in 2014.

The film adaptation of “Malika” premiered on YouTube In October 2019 following a Kickstarter campaign that helped raise USD 10,000 from 285 backers. Though it did not receive the runaway success of adaptations such as Aya, it received rave reviews from critics and fans.

The comic, which was released in March 2016 in three volumes, follows the exploits of Malika, the nation’s Queen and military commander, who struggles to keep the peace in her ever-expanding empire.

The comic was created by Roye Okupe who hails from Lagos, Nigeria. His passion for animation led him to found YouNeek Studios in 2012, a venture that would allow him to pursue his dream of creating a diverse library of superheroes.

YouNeek has since raised more than USD 70,000 on Kickstarter to adapt their other comic book series such as “E.X.O.,” “WindMaker,” and “Iyanu” into films.

The brainchild of Michael “Balox” Balogun with illustrations by Yussuf Adeleye, “Ireti” tells the story of Ireti Bidemi, a university student in Ibadan, Nigeria, who fights crime in style after being blessed with the powers of an ancient warrior-queen.

While “Ireti” is the first of Comics republic’s catalog set for adaptation to film and TV, many more are in the works, including “Aje,” a fantasy comic inspired by Yoruba spirituality and mysticism, and “The Vanguards” inspired by an Avengers-style team of superheroes.

Considered to be one of the most circulated comics in the world with more than 1.4 million copies sold in 16 countries every month, “Super Strikas” is a pan-African association football-themed comic book series that has been in publication since 2000.

First published in South Africa, the comic’s distribution spread to the rest of Sub-Saharan Africa by 2002. It is arguably the first African comic to enjoy immense commercial success in the form of global headlines, sponsorship, product placements, as well as full-page advertisements.

The title became an animated TV series in 2009 produced in Malaysia by Animasia Studio and South Africa’s Strika Entertainment.

“Supa Strikas” combines humor, action, technology, and exploration in the context of football matches. The story centers around the team’s youngest striker, Shakes, whom many believe is the best striker in the world. The themes explored include self-actualization, fair play, teamwork, and respect.

“Strike Guard” is an ebook comic series set in Lagos, Nigeria, which revolves around a fictional character named Bolaji Coker an undergraduate student who is possessed by the Yoruba demi-God Ajagbeja. He has the chance to come back to life with Ajagbeja’s spirit using his body as a host. Young Ayodele agrees and becomes the Lagos crimefighter, Strike Guard.

Rooted in Yoruba spirituality and culture, the series also incorporates the contemporary African lifestyle and was created by Ayodele Elegba- a seasoned veteran in the Nigerian comic and animation industry who began his comics career as a writer in 1999.

The first animation short of Strike Guard was produced by SPOOF! Animation in 2016. It premiered at the 2017 Lagos Comic-Con. 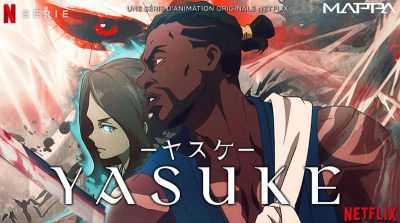 Yasuke, the Netflix anime series inspired by the African Samurai

Whereas “Yasuke,” the Netflix Anime series about an African Samurai that premiered in April 2021, doesn’t strictly fit into this category of comic books that have been adapted to film, it is worthy of a mention.

Yasuke was an African who became a samurai of one of medieval Japan’s most famous warlords in 16th-century Feudal Japan. He transformed through centuries into the mythical legend featured in numerous manga comics and into a popular culture icon outside of Japan.

Following its premiere, The Yasuke Netflix series was hailed as a “full-circle moment” among Black anime fans. Its significance as a turning point in the depiction of a Black animation hero has further reignited the discourse on the representation and stereotypical characterization of Black characters in cinema.

This article had erroneously credited Somto Ajuluchukwu as the creator of the Strike Guard comic series, it has since been updated to credit Ayodele Elegba as the creator.