The film sees Navalny and allies investigating his attempted poisoning 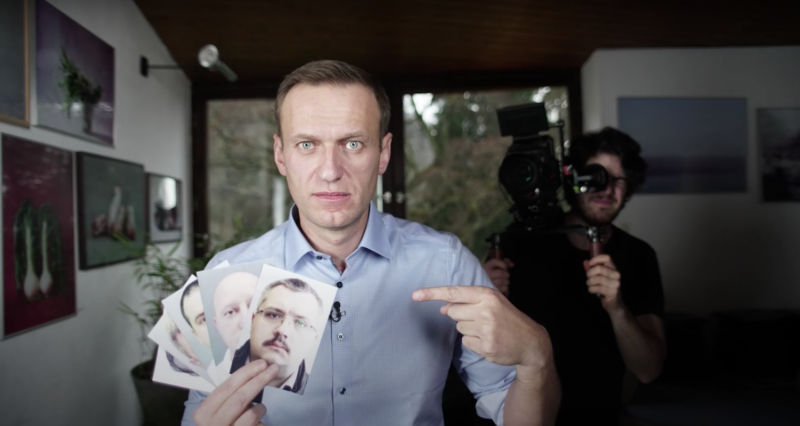 A documentary about the Russian opposition politician Aleksey Navalny and the aftermath of his recent poisoning and recovery, has won two top awards at this year's Sundance Film Festival, which showcases best independent filmmaking. Navalny is currently serving a lengthy prison term in Russia.

The documentary, titled simply “Navalny,” won both the documentary audience award and the festival favorite award at Sundance. The awards were announced during an online ceremony on January 28.

The film, directed by Daniel Roher, was a last-minute surprise addition to the festival program. On January 24, four days before the award ceremony, the Sundance Institute announced that the festival would hold the world premiere of the film. Festival director Tabitha Jackson praised the film for offering “riveting cinema in the present tense, incredible access, intrepid investigative journalism, a compelling protagonist speaking truth to power.”

The documentary premiered to a limited audience of festival ticket holders on January 25, and was available to view on the festival online platform until January 30. Soon after, pirated copies of “Navalny” began circulating on torrent websites, sparking a discussion about whether making the documentary available to the wider public was “theft” or “samizdat.” The film has also been picked up for distribution by streaming service HBO Max, which also co-produced the film. However, HBO's distribution partner in Russia, Amedia, has said it does not plan to purchase “Navalny” for Russian audiences.

Director Daniel Roher collaborated with the open-source investigative group Bellingcat to tell the story of how Navalny survived the August 2020 poisoning and, while recovering in Berlin, worked with his allies and Bellingcat investigators to piece together who was behind the attack. Ultimately, the investigation concluded that a team of Russian state security agents was implicated in the near-fatal attempt on the anti-corruption campaigner's life. The Kremlin has denied any role in Navalny's poisoning.

After recovering, Navalny returned to Russia in early 2021 year and was promptly arrested. A rushed trial handed him a 2.5-year prison sentence for violating the terms of an earlier parole. His supporters and rights advocates view his conviction as a trumped-up, politically motivated case.

On January 25, the day of the film’s world premiere, Russian authorities added Navalny and several of his allies to its list of “terrorists and extremists”, which also includes Navalny's Anti-Corruption Foundation. Many of the individuals added to the list have had to flee Russia, and some have been arrested.

Though Roskomnadzor cited the 2021 “extremist” designation of Navalny's networks as pretext for the retroactive removal, most of the articles covering the investigations were published well before the designation: some of the coverage goes back to 2017. Many of the media outlets have complied with the removal orders in order to avoid being banned in the country, though a few, such as Radio Free Europe/Radio Liberty and Current Time, said they would ignore the demands, calling them “political censorship.”