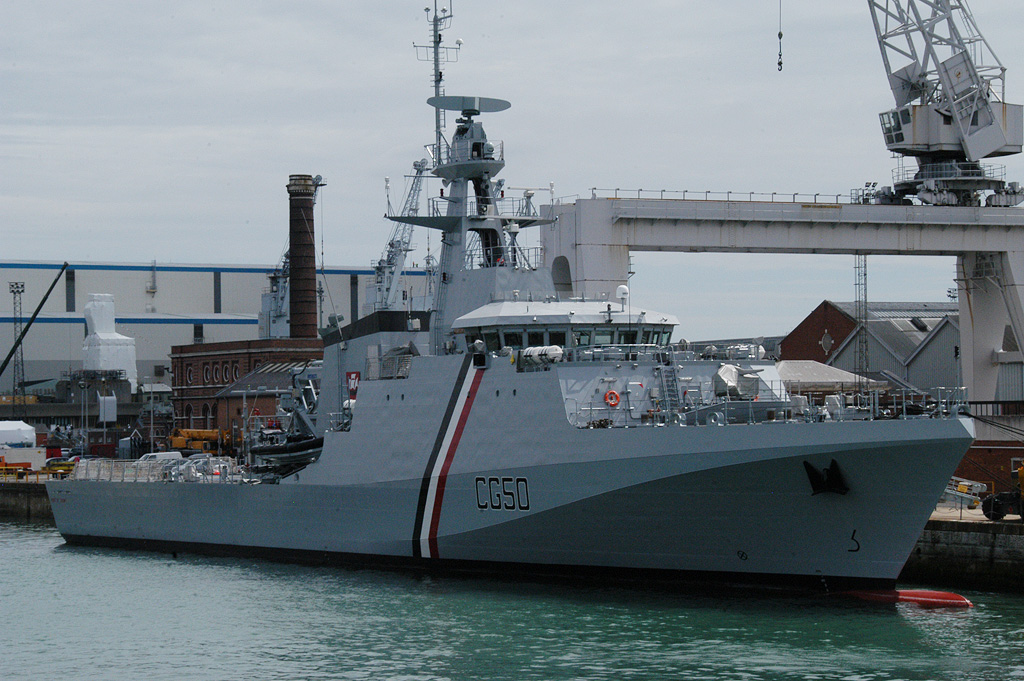 Close to midnight on February 5, a Trinidad and Tobago coast guard vessel, the TTS Scarborough [3], was on a routine patrol along Trinidad's south coast. A Venezuelan boat had crossed the border — not unusual against the backdrop of the South American country's political [4] and socioeconomic turmoil [5] and resulting humanitarian crisis [6] — but what happened next was anything but routine.

According to the coast guard's official statement [7], its crew sent a smaller boat to intercept the Venezuelan vessel, which reportedly tried to “ram” the launch, despite the “standard protocols” of loudspeakers, ship's horn, searchlights and flares being employed. Warning shots were fired, allegedly aimed at the vessel's engine. When it eventually stopped, coast guard officials discovered Venezuelan asylum seekers on board, including a mother, Darielvis Sarabia, and her nine-month-old son Yaelvis, who had been crouched in the rear of the boat, close to the engine. The infant had been shot in the head, and died [8] in his injured mother's arms — a tragedy for which the coast guard extended condolences [7].

The incident has caused an outcry from human rights groups. In a joint statement [9], the UNHCR [10] (the UN Refugee Agency), the International Organization for Migration [11] (IOM), the Office of the United Nations High Commissioner for Human Rights [12] (OHCHR) and the United Nations Children's Fund [13] (UNICEF), said they were “deeply saddened” by the news. Dr. Eduardo Stein [14], Joint Special Representative of UNHCR and IOM for Venezuelan refugees and migrants, added [9]:

Nobody should have to lose their life in their search for safety, protection and new opportunities […] This incident highlights the plight faced by people on the move during desperate and dangerous journeys to safety.

With a mere 11-kilometre stretch of water separating the island of Trinidad from the Venezuelan coast, asylum seekers from the South American country often make the close but hazardous [15] crossing in search of a better life [16]. Millions [17] have, thus far, fled the country over fears of economic hardship and violence [18], thousands of them to Trinidad. The large number of arrivals prompted the government of Trinidad and Tobago to move towards regularisation [15], registering asylum seekers in order to offer them [19] documented status and legitimate job opportunities.

The policy, however, has come under criticism [20] for being “incomplete. [21]” The 2014 national policy to address refugee and asylum matters is not being implemented, thereby causing asylum seekers and people with UNHCR refugee status to be treated as undocumented migrants. Once the registration process ended on June 14, 2019, anyone wishing to enter Trinidad and Tobago from Venezuela required a visa [22].

Since then, the Trinidad and Tobago government has been holding fast to its position. In November 2020, then minister of national security, Stuart Young, defended [23] the country's deportation of 16 Venezuelan minors and 11 adults prior to a habeas corpus hearing, saying it was part of his remit to protect the country, especially in light of the COVID-19 pandemic [24].

It is a stance that the UNHCR joint statement addressed, saying:

In the absence of sufficient safe pathways, many Venezuelan refugees and migrants are forced to resort to risky sea and land crossings, that have become even more complex as travel and health restrictions limit formal paths of entry. Pathways for entry and stay should be consistent with international human rights law and humanitarian considerations and include access to due process and procedural safeguards.

The infant's death has reignited concerns [25] about Trinidad and Tobago's approach to refugees and asylum seekers, with newspaper editorials [26], members of the local migrant community [27], and Venezuelan president Nicolás Maduro himself [28], calling for proper investigations into the incident. National security minister Fitzgerald Hinds has since said [29] this is being done, albeit by the Trinidad and Tobago Police Service (TTPS) and the Coast Guard themselves. Prime Minister Keith Rowley has called [30] the baby's death “an accident.”

No migrant child should ever die, whether traveling with their parents or alone. No mother wants to put the lives of her children at risk on a small ship in the deep sea, unless she has no other option. Two in three Venezuelans on the move are women and children. This tragic event is a stark reminder that they are the most vulnerable among the vulnerable. They deserve special attention, protection and safety — anywhere and anytime.

On Facebook, The Caribbean Centre For Human Rights also weighed in [31]:

This latest event once again underscores the gaps in our policies and legislation with respect to the protection of migrants and refugees and the failure by the state to adapt to the current migration context and effectively respond to the humanitarian crisis in Venezuela. Migrants and refugees are being forced to enter irregularly because no safe and legal pathways exist for them to seek protection. The militarization of the borders is not the solution and places vulnerable persons at further risk.

Meanwhile, the Catholic Commission for Social Justice (CCSJ) and the Archbishop's Ministry for Migrants and Refugees (AMMR) also called upon [32] the citizens of Trinidad and Tobago to “welcome, protect, promote and integrate the migrant and refugee populations that have come to our shores,” and said that they look forward to the outcome of the investigation.

However, some social media users felt that the coast guard had done their duty, with Facebook user Nandani Bhagwhansingh commenting [33]:

Illegal entrance and failure to comply, what was done should not be condemned.

This is so sad that a life was lost however, when the parents decided to take a risk to illegally enter our waters, they must have anticipated that this could have been one of the results. […] Under no circumstances should the Coast Guard be blamed for doing their job.

The Guardia Nationales do the very same […]

Indeed, despite cordial relations between Trinidad and Tobago and Venezuela, there have been maritime-related issues over the years. There appears to be some misunderstanding over borders, as Trinidadian fishermen, allegedly fishing within Trinidad and Tobago territory, have been shot at [36] by the Venezuelan authorities, in some cases even being detained [37] for long periods. Piracy [38] and human trafficking [39] are also on the rise [40], prompting another newspaper editorial to advocate for [41] a “coherent policy” regarding migrants and refugees:

Centuries of historical ties between T&T and Venezuela have been shattered by this migrant crisis. Goodwill has been replaced by frightening levels of xenophobia and suspicion and the situation has been made worse by the elevated levels of criminal activity in the waters between the two countries. […]

Sunday’s tragedy exposes the deficiencies of the current policy of intercepting and deporting migrants who continue to arrive by the boatloads, not deterred by the risks.

A better system must be found to address this problem. With guidance from the UNHCR and other agencies working around the world with migrants and refugees, efforts must be made to tackle this crisis and reduce the risks in the turbulent waters of the Gulf of Paria.

Yet another ripple effect of the incident has been the separation [42] of the injured mother from her two-year-old daughter, who was also on the boat but was not harmed. The child is currently being housed at a detention centre.

The UNHCR has emphasised [9] that the organisation, as well as other stakeholders, have “productive relationships” with the state agencies in Trinidad and Tobago — the coast guard included — and reiterated their commitment to sharing expertise and offering technical assistance to help those agencies protect and assist “all those affected by human mobility.”