No campaign is too small or adversary too powerful 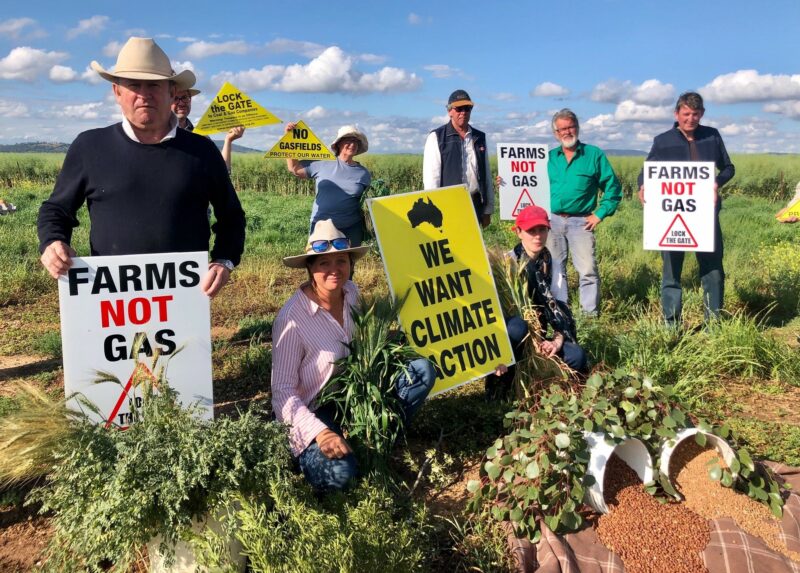 It is rare to encounter a nationwide environmental group as active and successful as Australia’s Lock the Gate Alliance (LTG).  The grassroots organisation brings together “farmers, traditional custodians, conservationists and urban residents”, working to defend the environment.

The movement campaigns against “risky coal mining and coal seam gas and fracking” and has taken on some of Australia's biggest polluters and environmental aggressors.

…when farmers from south-east Queensland gathered in Brisbane around a farm gate, vowing to take a stand to protect their farms and communities from inappropriate mining.

LTG is one of the largest grassroots groups in Australia, with over 120,000 supporters and 450 local branches. Its annual budget is AUD 2 million (USD 1.4 million) and it has approximately 20 staff and contractors.

This is for all of you who need a bit of a pick-me-up in these troubled times.

In 2021, Australian communities worked together to get some great WINS in the ongoing battle to protect people, country, water and climate from coal and gas mining.

No campaign seems too small, or adversary too large and powerful. The group has tackled issues of global significance such as a campaign to stop Adani’s huge coal mine in central Queensland and one to prevent fracking in Australia's Northern Territories.

At the same time LTG energetically supports local efforts to stop mining such as the Baralaba South coal project:

Their allies include the Knitting Nannas Against Gas who use their own unique tactics:

we get together at politicians’ offices, work sites, rallys and anywhere else we please to show a mild mannered yet stubborn front, where we get out our camp chairs, table (with lace tablecloth if possible), our knitting (of course!) and have a little tea party.

This was a recent example:

Special shout out this morning to Knitting Nanna Cherry outside Wollongong Coal AGM protest (organised by @Protect_Water). Cherry has knitted a ‘temperature graph scarf’ to remind Wollongong Coal that their GHG emissions are going to exacerbate climate change.@Stop_RVale_Mine pic.twitter.com/y8VpOar5xj

Global Voices interviewed LTG spokesperson Georgina Woods about their work and learned about one of Australia's most successful local environmental efforts.

Global Voices: Lock the Gate has been campaigning since 2010. What was the initial catalyst for its formation?

Georgina Woods: Lock the Gate was formed in two places at once, southern Queensland to tackle coal seam gas, and the Hunter Valley to tackle coal mining. In both places, these resources industries were undergoing significant expansion and putting agricultural livelihoods and communities at risk. Farmers, landholders, and environmentalists teamed up to make common cause to protect land and water from degradation by those industries.

GV: What factors have contributed to the spread of the organisation?

GW: Lock the Gate is unique because it draws people together from very different walks of life, united by their common love of the land and the bush, their reliance on water and their commitment to community. As a grassroots network, Lock the Gate remains committed to supporting local communities and undertakes its work with creativity and heart.

GV: What are the main priorities for action?

GW: The gas industry is looming as a huge threat over three large, beautiful and remote parts of the country — the Channel Country in Queensland's Lake Eyre Basin, the Beetaloo Basin and Roper Gulf in the Northern Territory and the Kimberley in the far north of Western Australia. Opening these basins to sprawling industrial gasfields would severely deplete and compromise water resources, harm local communities and unleash huge volumes of greenhouse gas emissions. In New South Wales, the north west of the state still faces the threat of coal seam gas and large and expanding coal mining, as does central and southern Queensland.

GV: What are some of your proudest moments and successful campaigns, and your most frustrating setbacks?

GW: Lock the Gate's successes really belong to the local communities that we support. Rural communities across large swathes of New South Wales saw off the threat of unconventional gas from the Northern Rivers, Illawarra, Hunter Valley and Gloucester and the area available for coal seam gas in the north west of the state has been severely restricted. Together we have stopped several damaging coal mining developments from going ahead in Queensland and New South Wales and achieved significant new laws dealing with the social impacts of mining and mine rehabilitation.

Our most frustrating setbacks follow a pattern around the country: politicians prioritising the interests of big mining companies over the needs and desires of local communities. This has led to terrible harm being done to local communities, bushland and waterways in places like Maules Creek, Wollar and Bulga.

GV: What criteria do you use in deciding if LTG will support a particular issue or campaign?

GW: Lock the Gate works with local communities, fighting for the things that matter to them, so our work is always guided by the people that have the most to lose from mining developments.

GV: What tactics do you employ given your peaceful principles?

GW: We support local and regional communities to form groups and alliances to front up to the power and vested interests of the mining industry. We also use research, regulatory processes, films and photography, music and other creative avenues to amplify these local campaigns. We support local groups to survey their own community, road by road and block by block, to give the community a direct voice, to record every view and then to make a formal declaration about their stance on projects threatening their region.

GV: A final message of your readers?

GW: It's always worth fighting for what you love.

A couple of current campaigns highlight LTG’s approach. As mentioned in the interview, they are involved nationally in the fight to protect the Channel Country, Northern Territory and the Kimberley from gas development.

At a more local level, they are supporting the Hunter Jobs Alliance, which is bringing environmentalists and unions together to advocate for a positive future for the country's largest thermal coal-producing region.

The Hunter Valley of New South Wales is one of Australia’s major coal exporting regions, employing 14,000 people. It is the centre of intense political debate about the future of the industry.

No doubt Lock the Gate will continue to be at the centre of such debates.